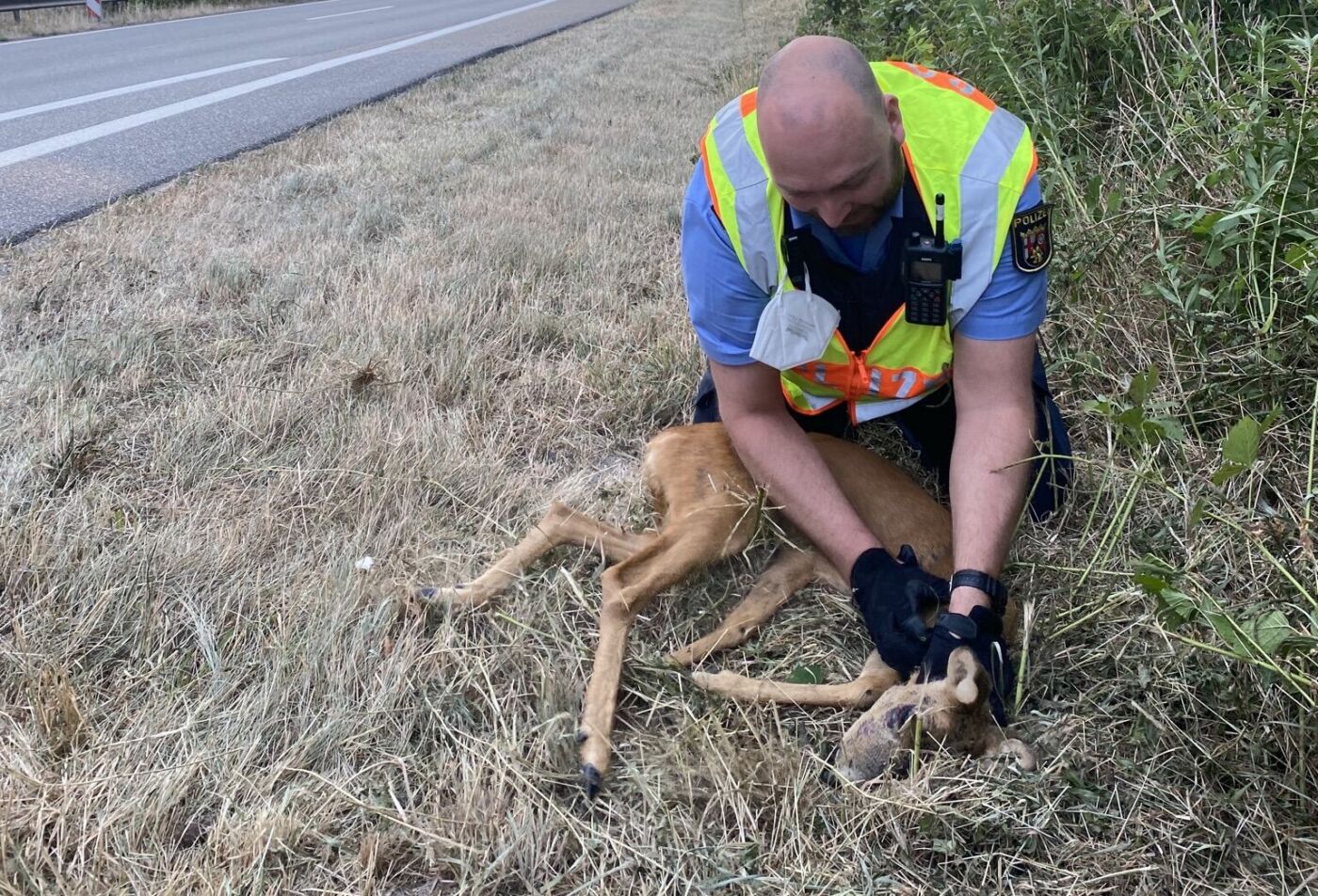 Police officers were alerted on Friday morning (5 August 2022) at around 7:00 a.m. on the A65 motorway near Wörth am Rhein. Several drivers reported a deer that would run on the highway and the green strip via the police emergency call.

When the deer could be sighted by the forces deployed, the traffic on the freeway was slowed down and brought to a halt. The frightened animal continued to try to flee and could not get into the wooded area due to the fence on the highway. The escape was stopped by a police officer after a short pursuit on foot.

Officials brought the deer back to the wooded area

The red deer finally surrendered to the police measures and was then carried unharmed by the police behind a wildlife fence. It gratefully looked back at the officers with its doe eyes before jumping further into the forest.