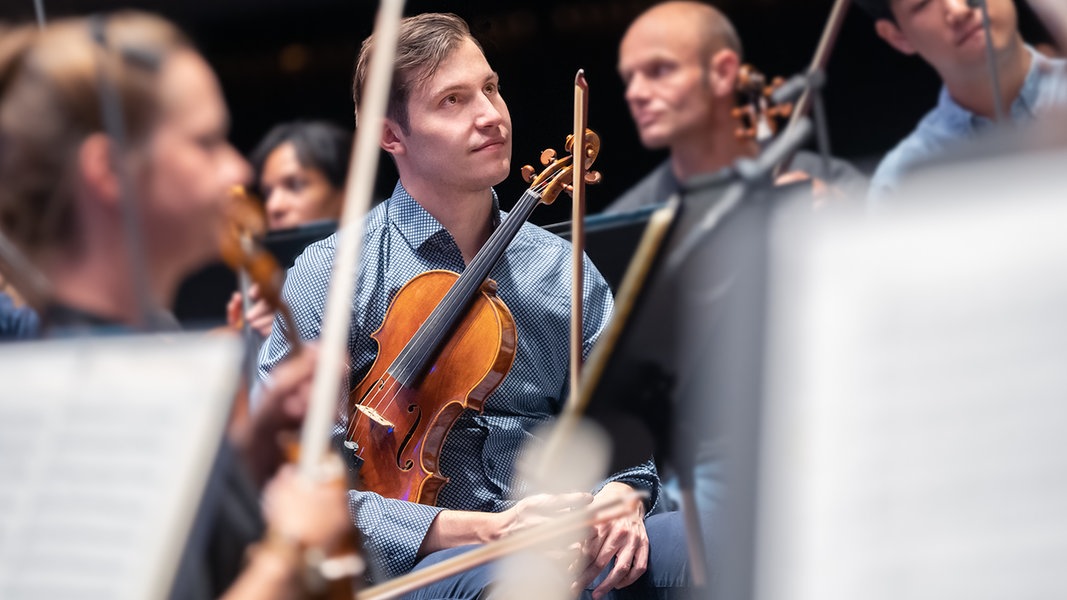 With the NDR Radio Philharmonic since 2022

Philipp Sussmann was a member of the Joseph Joachim Academy for three months when he won the audition for a permanent position in the viola group of the NDR Radio Philharmonic in autumn 2021. He had previously been solo violist in the Bundesjugendorchester conducted by Simon Rattle and had gained experience as solo violist in the Moritzburg Festival Orchestra.

From Munich to Hanover, Salzburg and Berlin

Very early, at the age of three, Philipp Sussmann began his musical training on the violin. Nine years later he switched to the viola and became a young student at the University of Music and Theater in his hometown of Munich. His subsequent studies led him to Volker Jacobsen at the Hanover University of Music, Drama and Media and to Veronika Hagen at the Salzburg Mozarteum. He also deepened his studies in master classes with renowned teachers such as Hartmut Rohde, Lawrence Power and Lars Anders Tomter. Philipp Sussmann is currently studying for a master’s degree in Walter Küssner’s class at the Hanns Eisler Academy of Music in Berlin.

Philipp Sussmann has won numerous first prizes and special prizes at international viola competitions, including the Szymon Goldberg Competition, the MingClassics Competition and the 29th Competition of the German Musical Instrument Fund. He is also supported by foundations such as the Oscar and Vera Ritter Foundation, the Hanover Region Scholarship and the Deutsche Stiftung Musikleben. Since autumn 2022 he has been deepening his chamber music studies as a scholarship holder of the Villa Musica Rheinland-Pfalz.

See also  How can the equipment in schools be controlled and designed in a sustainable manner? – Network Digital Education

As a passionate chamber musician, he has played with artists such as Leonid Gorokhov, Roland Krüger and Jörg Widmann. Appearances have taken him to the Verbier Festival, the Salzburg Festival and the Beethoven Festival in Bonn, among others. The audience in Hanover can experience Philipp Sussmann in the chamber music matinee broadcaster NDR Radiophilharmonie. As a sought-after soloist, he has given concerts with the Berlin Camerata, the Bad Reichenhall Philharmonic and the Munich Chamber Philharmonic DaCapo.

What was your first formative musical experience?

As a little boy, I was often allowed to listen to my mother’s string quartet rehearsals until late at night, until I fell asleep on the sofa. This regular contact with the diverse sound of a string quartet has had a great impact on me.

What is your favorite piece of “classical” music?

It’s hard to single out a specific piece because there are so many masterpieces by different composers. In general, however, I am a great admirer of the works of Johannes Brahms.

If you didn’t play the viola, which instrument would you most like to be able to play?

Keywords for this article