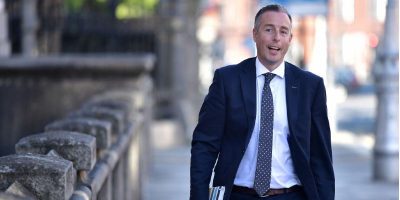 From Monday 14 June, Democratic Unionist Party (DUP) politician Paul Givan will be the new Prime Minister of Northern Ireland, which despite being part of the UK has its own government and parliament (Assembly) dealing with local issues . Givan was first elected to the Northern Ireland Assembly in 2010 and was considered one of the favorites to replace Arlene Foster, who last April announced her resignation as Prime Minister starting in late June. Foster was also the leader of the DUP: in this role she was replaced by Edwin Poots, former Minister of Agriculture.

Foster’s decision came after about twenty members of his party had signed a letter of no confidence in him, in which they had expressed concern for the future of the party and unionism, the movement that wants Ireland to remain in the Northern UK, mostly supported by Protestants.

The DUP, which had supported Brexit, had recently received a lot of criticism from its supporters precisely for the agreements on the status of Northern Ireland after Brexit, which effectively distanced the region from the rest of the United Kingdom, keeping it both in the common market. European and customs union.

READ  what needs to be done, the main traditions of the holiday - UNIAN