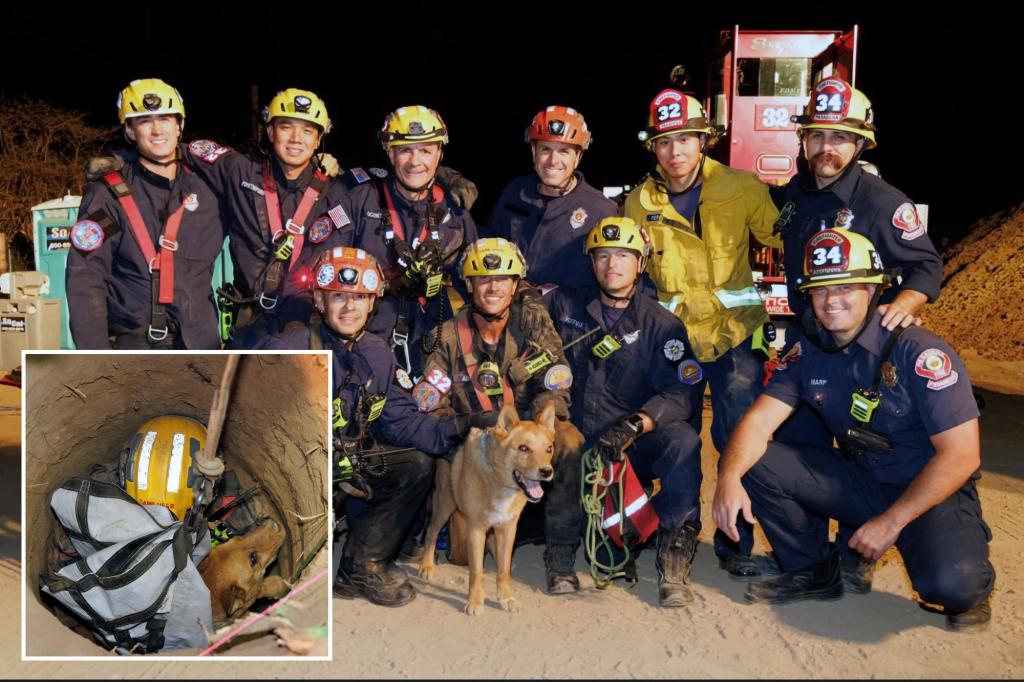 California firefighters rescued a 13-year-old blind dog who fell into a 15-foot hole at a construction site.

The dog, named Cesar, lives next door to the site in Pasadena, California, with his owner, Mary. Next door, construction workers worked at the 700 block of North Lake Avenue, the former site of the Carl’s Jr.

Mary was alerted that Caesar had disappeared from her property when her other dog began barking, and she noticed Caesar’s response was muffled, signaling that he was no longer on her property.

A search and rescue team from Pasadena quickly responded to the scene where they hooked up a series of ropes and pulleys to lower a team member down the hole. It took about 12 minutes for the team member to reach the dog, strap him into a harness and bring him to the surface.

“There are a lot of steps we need to take to make it as safe as possible. Not only for the dog, but also for our rescuers,” said Augustin.