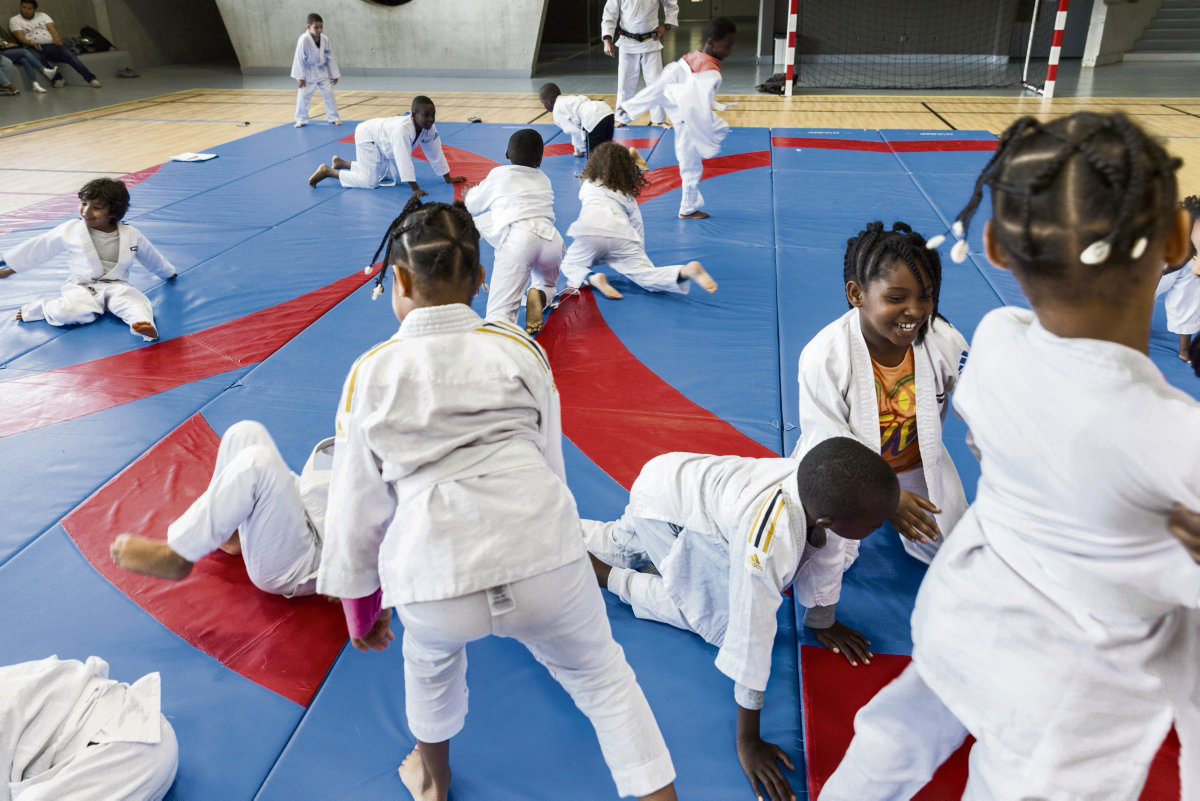 Are the Paris 2024 Olympics a lever for “better living” in Île-de-France?

Philip Rio To date, no. Because most of the cities labeled Terre de Jeux 2024 are in a logic of hosting a planetary event without seizing the opportunity to “build a nation” through sport. This other approach, however, would allow us to use the Games as a diplomatic and political event aimed at repairing French fractures through sport. Sport is a vector of national reconciliation, a remarkable integration machine. With 17 million members, it is even the leading party in France!

Were the Olympic cities, of which you were one of the instigators, created to put sport back at the heart of public policy?

Philip Rio They were born in the continuity of the appeal of the suburbs of 2017 which aimed to defend working-class neighborhoods in the face of budget cuts. Four years later, in October 2021, a collective of elected officials – Catherine Arenou, various right-wing mayor (DVD) of Chanteloup-les-Vignes (Yvelines), Guillaume Delbar, DVD mayor of Roubaix (North), Benoît Jimenez, centrist mayor of Garges-lès-Gonesse (Val-d’Oise), Gilles Leproust, PCF mayor of Allonnes (Sarthe) and myself – organized the National Council of Solutions (CNS) to share ideas from the field, noting that those emanating “from above” do not work. A toolbox of experiments from communities to change the lives of residents of working-class neighborhoods. And continue to put pressure on the executive. First measure of the CNS: the creation, in partnership with the French Judo Federation, of 100 solidarity dojos throughout France, in vacant spaces abandoned by social landlords. As the Paris 2024 Olympic and Paralympic Games approach, our collective has launched the concept of “Olympic cities” to develop sports practice among young people in disadvantaged areas. The Olympics must be a real springboard for elected officials and benefit working-class neighborhoods.

You even speak of a sports territory project…

Philip Rio In France, we have master plans for everything, but no tool to plan the sports strategy of a territory. However, sport can be an essential lever for land use planning, from the neighborhood to the region. Especially in the working-class towns of Île-de-France where we have an infrastructure deficit. Paradoxically, it is in Seine-Saint-Denis, the youngest region of France, that we see the greatest deficiency. The Olympics must provide the opportunity to have a structuring national sports project and to catch up. Sport should no longer be the 5th wheel of the carriage of our public policies.

What is the concept of “Olympic cities” based on?

Philip Rio The “Olympic cities” are designed on the model of educational cities, one of the rare measures of the Borloo plan adopted by the government. We want to bring together around the same table the State, local authorities and associations. Concretely, this project proposes a common framework and objectives for all sports actors around five main axes: the training of actors and athletes in the making, the deployment of sports equipment, inclusion through sport, strengthening sport in and around school, and building a new economic model for local sport.

You even talk about the “right to sport”…

Philip Rio France must equip itself with a powerful movement of sporting exception, as there is the French cultural exception. We must collectively reaffirm the right to sport, like the right to education, employment, housing, health… Sport is a means of inclusion that fights against social, gender and territorial discrimination. However, the right to sport implies equipment and means. And if our working-class neighborhoods are big suppliers of top-level athletes, they have on average a third less sports equipment than the rest of the territory. As a logical consequence, the sports license rate is 11%, compared to 34% for the rest of the country. Without amateur sport, there is no elite sport. One cannot exist without the other. So, the envelope of 200 million euros for 5,000 new infrastructures, announced by Emmanuel Macron under the impetus of Paris 2024, is not at the level of needs and deficiencies.

What do you mean by “sports continuum”?

Philip Rio In our Olympic city, the cities are not only lessors of gymnasiums and swimming pools! They have strengthened links with national education to create a sports continuum that extends from school time to extracurricular activities, even in association clubs. The city is in charge of assuming this fluid governance for young people. Again, sport is more than sport, especially in popular cities. It can change life paths. On a field, we learn fraternity, self-confidence, respect, humility, solidarity… Sport is a great vector of social ties, education, training and integration. Many clubs have understood their potential role of intermediation with the school and families, and invest in social activities and help with homework. In our cities, the educational question is more and more at the heart of the project of sports clubs, which implies an increase in the skills of sports supervision.

Is sport a way to fight against poverty?

Philip Rio Sure ! In Grigny, 50% of the population live below the poverty line. So when the city calibrates the cost of a license between 0 and 50 euros, it offers families the opportunity to practice one or more sports, to leave their homes, to rub shoulders with the collective, to learn. Sport is an essential complement to the education of children and citizens. It is also a tool for better living together. So we too are going to organize our Games! From this summer, in partnership with ten sports federations, the Youth Olympics will be held in working-class neighborhoods.

Download in PDF the 24 pages of our special Olympic Games 2024 supplement from Humanity Magazine.

What is the Terre de Jeux label?

Paris 2024 has hammered it home: these Games will be those of the whole of France. The promise has become reality with the Terre de Jeux 2024 label, a unique system in Olympic history which promotes local authorities and structures of the sports movement working for a more developed and inclusive practice of sport. The label federates a community of actors convinced that sport changes lives. More than 2,800 communities and structures have been certified and share their experiences, projects and actions in favor of sport.