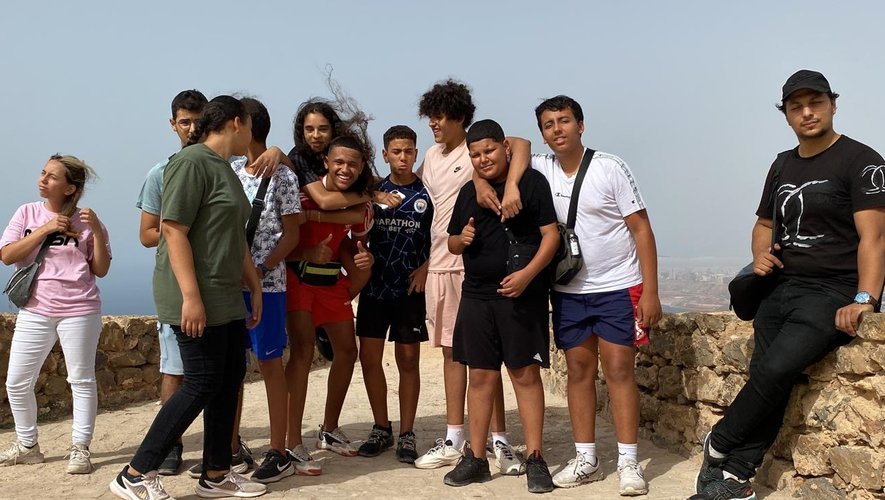 Fatiha Schlicht, president of I-peicc dreamed of it and she did it! In recent weeks, she has moved heaven and earth, believing “that we couldn’t miss the nineteenth edition of the Mediterranean Games, organized this year in Oran!”. From then on Fatiha multiplied the meetings, knocked on doors… Until that of the Consulate of Algeria in Montpellier opened. Who, enthusiastic about the initiative, will offer the necessary visas for this trip. Will also open naturally, that of Mr. Amsalem, of the French National Olympic and Sports Committee (CNOSF). Finally, there will be this other door, so decisive, that of Mr. Derouaz, commissioner of the Mediterranean Games Oran 2022. He has decided to offer the flights and a four-star welcome.

Finally, there will be help from the Montpellier municipality through Véronique Brunet, the assistant in the Mosson district. From then on, a small group of teenagers from the neighborhood formed, made up of ten young people aged 12 to 16.

“Our first wish was to allow them to meet young people in Oran and share time around sport as a lever for peace and citizenship”explains Fatiha.

On the program for these young Pailladins, embarked on the adventure: visit of Oran, meeting with Oran youth and, of course, admission to attend sporting events.

So many meetings that marked Aya, Adam, Hamza and Mohamed. “We were all impressed by the hospitality, the kindness of the people who received us, marked by the meeting of the athletes, their speeches”, affirm in chorus the four teenagers. Nouria Mérah-Benida was one of these memorable encounters, she who is one of only three Algerian women to have won an Olympic medal.

See also  Cac 40: Renewed caution on the stock market in the face of the denial of real diplomatic progress in Ukraine

“We measure this chance of ours a little better”

On the spot, on the associative side, Bel Horizon, or even Smart (Mr. Mazouz) made the young peace ambassadors aware of a daily life that is not always easy for Algerian youth. “We measure a little better this chance which is ours, the means made available to us in France”, says Hamza.

In their suitcases, Fatiha will have embarked Nadja Harek who is making a documentary on this expedition. A project that requires resources to finalize the film. To this end, Fatiha Schlicht has created an online kitty to make this project a reality.