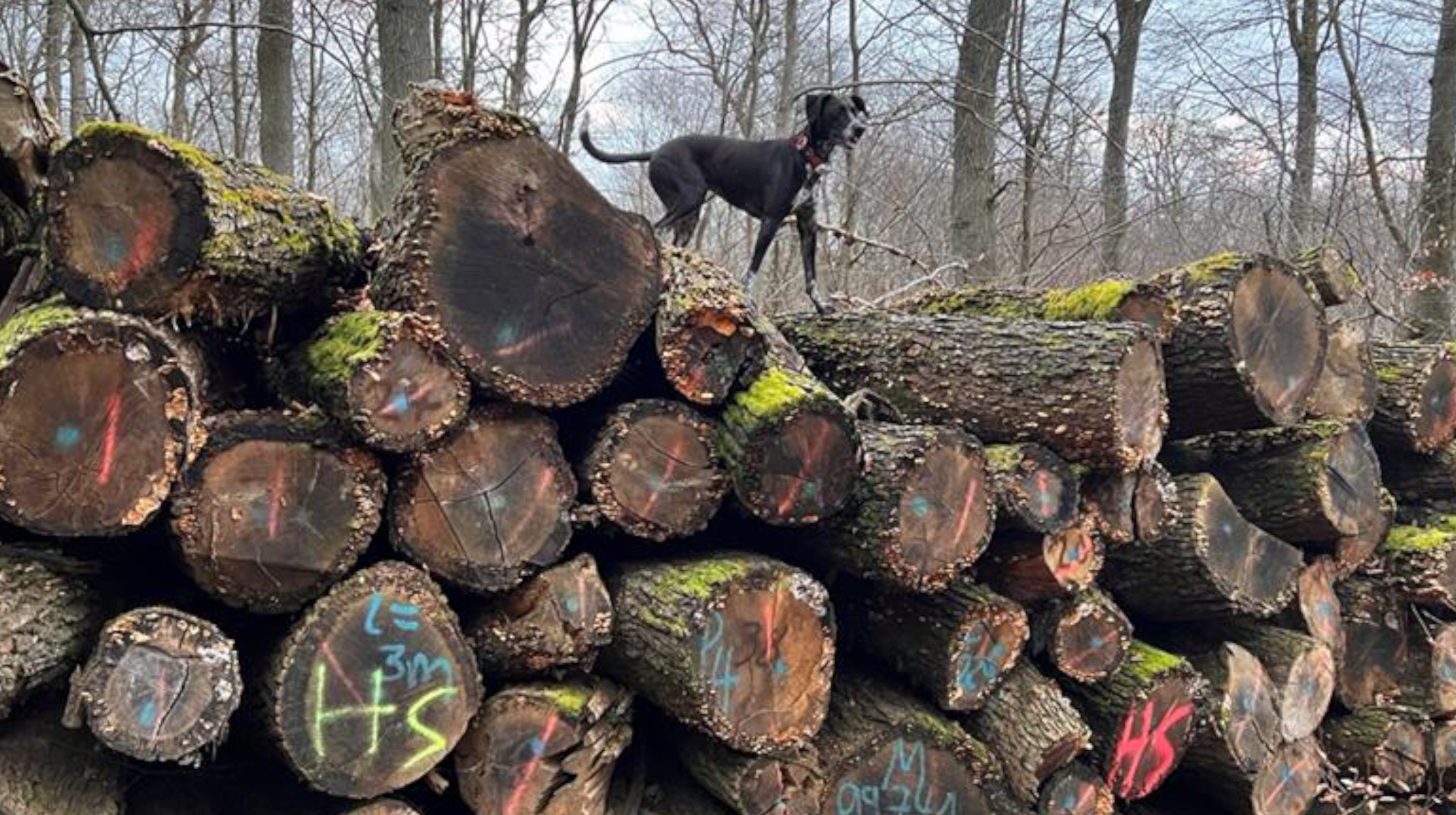 Anyone who climbs a so-called log, i.e. stacked logs, and thereby gets the stack rolling, acts at their own risk. A municipality is not liable for any resulting damage, as the OLG Zweibrücken ruled.

Anyone who climbs onto a stack of stored logs (so-called log piles) in the forest does so at their own risk. Anyone who causes the logs to roll and injures themselves as a result has no claim for damages against the manager of the forest (in this case a municipality), as the Higher Regional Court (OLG) Zweibrücken ruled (decision of 08/29/2022 and 09/08/2022, Az. 1 U 258/21).

A walker who was walking his dog in the forest had complained. The dog had climbed onto a so-called wooden pile, which consisted of several wooden trunks stacked next to and on top of each other and was right next to the hiking trail. The dog’s leash got caught. The plaintive man then climbed onto the pile of wood to free the dog. A wooden trunk started to roll, causing the plaintiff to be trapped and not inconsiderably injured.

However, his lawsuit against the municipality of Hinterweidenthal as the manager of the forest was unsuccessful. The Higher Regional Court pointed out that, in principle, there is no need to warn or protect against natural hazards that emanate from the forest. It is true that the pile of wood is an artificial facility, and adequate security measures must be taken to counteract the dangers. However, this only means that the logs must be stored in such a way that they cannot roll or slip under natural influences – especially wind and water.

According to the Higher Regional Court, however, dangers arising from people climbing the stack do not have to be ruled out. “Because the traffic safety officer can regularly trust that the forest user behaves prudently and cautiously, ie avoids obvious risks such as those arising from climbing the wood pile,” according to the Higher Regional Court. Special safety measures should only be taken in exceptional cases, for example if the wood pile is near playgrounds or forest kindergartens.

The dangers lurking in the forest keep the courts busy. The Federal Court of Justice (BGH) ruled in 2012 that forest owners are generally not liable for typical forest hazards. According to the OLG Frankfurt aM, a 20 centimeter wide and equally deep hole in the ground is typical of a forest. The Cologne Higher Regional Court assumed a forest-typical danger in the case of a slope protection using wooden trunks running across the path.