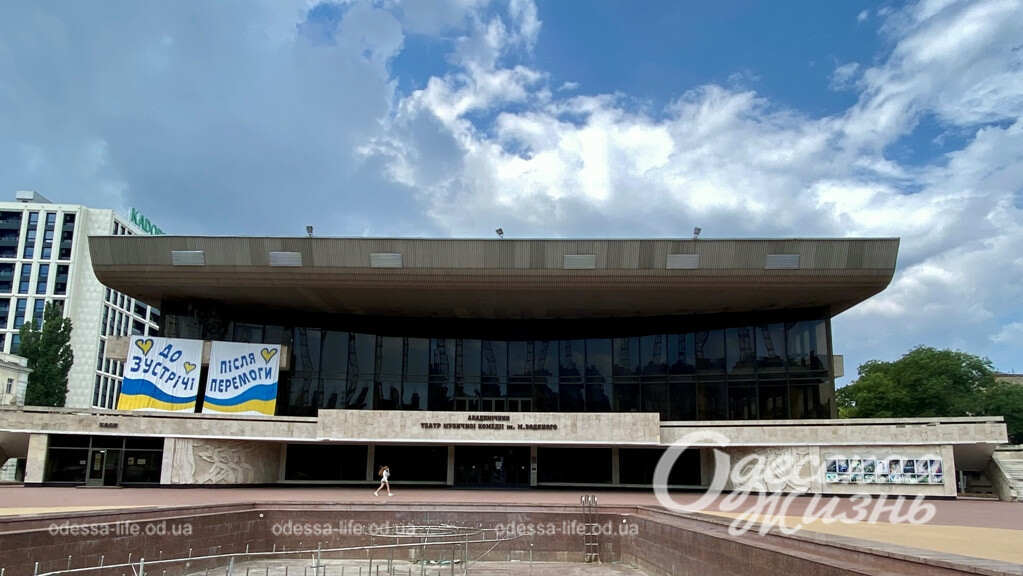 – We usually started with a song about Odessa. “When I sing about a wide expanse … Odessa, my native city.” When these lines sounded, they stood up. How they applauded! This set them up for the fact that Odessa needs to be defended.

The repertoire of the battalion was mainly formed from Ukrainian songs – funny and about love, because the majority of the military is young. There was an attempt to perform “serious” songs about the war, but the artists quickly realized that the soldiers, first of all, need to be charged with positive energy. After all, concerts were held even in those days when the city and the region were shelled.

– There were several such situations when a rocket fell in the morning. We thought everything would be cancelled. No, literally after forty minutes or an hour, we went and gave two big concerts, – recalls Aurika Akhmetova.

Read also: “You make us stronger”: concert of the theater battalion of the Odessa Musical Comedy (photo, video)

Of course, with the beginning of the season, the artists will not stop giving concerts for the military. But for now, they are preparing a large concert program for the audience, who will come on August 7th. Both well-known folk songs and performances from the theatre’s repertoire loved by the audience will be performed on the stage. A week later, on August 13, the comedy “Chasing Two Hares” will be shown, which will be played in Ukrainian.

The main director of the theater Vladimir Podgorodinsky considers the main task in the new season to be maintaining a high level of performances. And as for the premieres, they will definitely be! Firstly, the inhabitants of Odessa will see the performance “Princess of the Circus”, the premiere of which was prepared for the World Theater Day, March 27th. The problem remains that it was staged for the arena of our circus. But now, most likely, they will be transferred to the theater stage. As for other plans for the future, Vladimir Podgorodinsky has already begun preparing a new performance based on the work of Odessa classics:

– I continue to work on Ilf and Petrov. Last season we staged 12 Chairs, and now we really want to stage the Golden Calf. Readings are already underway. We plan to show the performance to our viewers by the New Year.

Another sign of wartime is the limited number of seats in the hall. The theater can accommodate no more than 450 spectators. This is how many people can accommodate a bomb shelter in the event of an air raid. So do not put off until the last decision to visit the theater, do you remember the constant full houses? Get your evening dresses out of the closet – the artists have already missed you and are looking forward to meeting you!

You can find out about the repertoire for August on the theater website.

Up-to-date information FOR Odessa in our Telegram channel! News, photo reports and historical facts about Odessa.
Read us in Viber! On the Kommunalka channel we talk about utility bills, tariffs, benefits and subsidies.