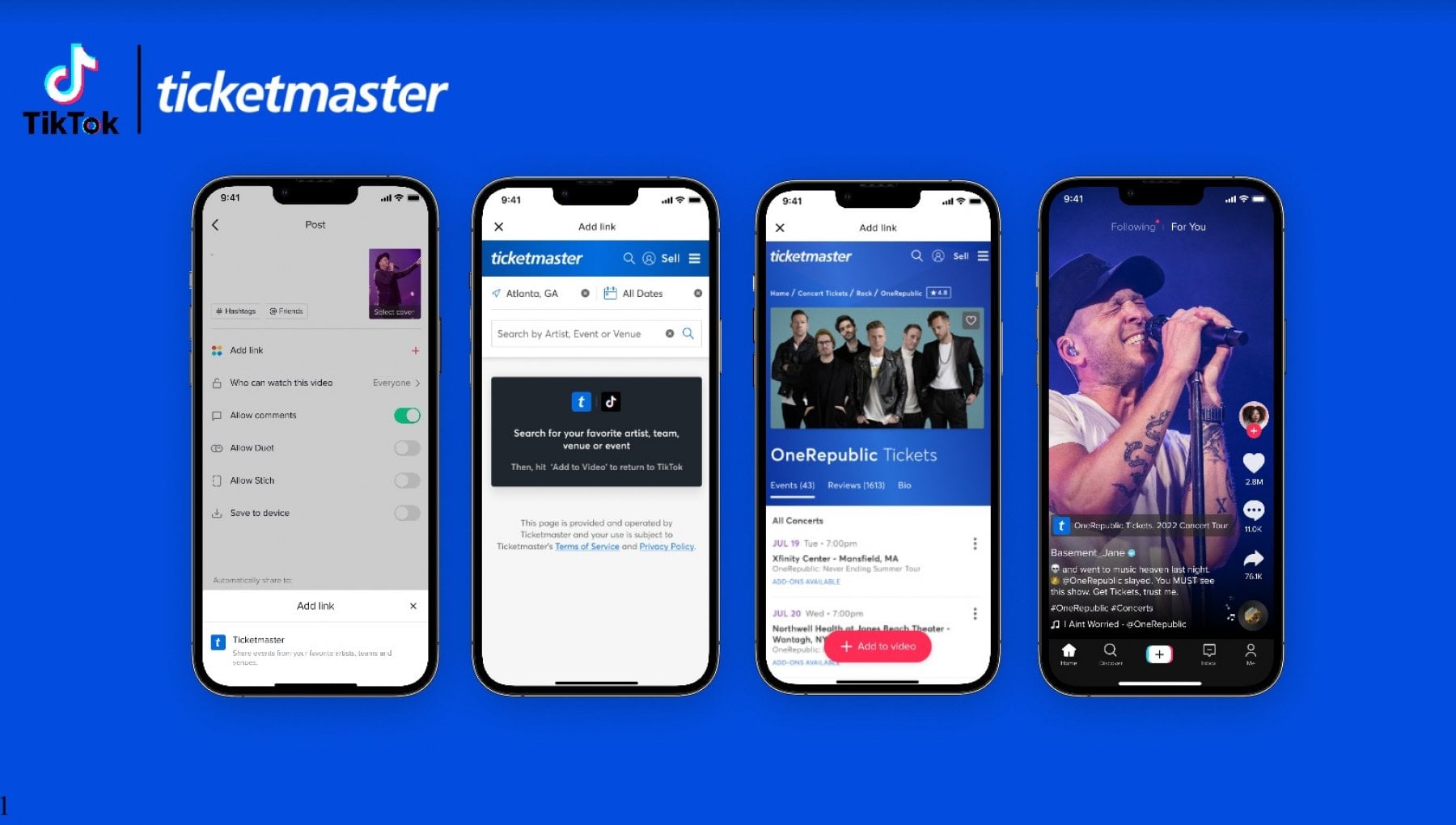 TikTok may soon debut a new streaming platform musical. Last May, the group filed a TikTok Music trademark application with the U.S. Patent Office after doing the same in Australia in 2021.

It would not be new for the Chinese giant ByteDance, which controls the social media of entertainment: in India, Brazil and Indonesia it is a musical platform called Resso is already active. In that case, the music is discovered and listened to directly from the videos published by users, obviously in TikTok style, thus being able to switch from social content to Spotify-style listening. A kind of hybrid and a potential paradigm shift important also for the world of streaming.

That’s not all: always staying in the musical world and showing how much you aim to the world of entertainment at 360 degreesnow TikTok is also selling tickets.

Why everyone on TikTok dances cumbia (even if they stand still)

The agreement with Ticketmaster

The platform with over a billion subscribers, mostly very young, has signed an agreement with Ticketmaster, ticketing giant and since 2010 part of the gruppo statunitense Live Nation Entertainment, to help people discover events and buy tickets for concerts and shows while staying inside the app, without going anywhere else. Not just music: artists, comedians, sports clubs and entertainment venues can upload a link to Ticketmaster events within their videosthus activating the functionality for users.

It starts with Demi Lovato, Usher and OneRepublic

At the moment the novelty is only available to a select group of creators, but more and more will arrive over time and from the United States the functionality will expand to other markets. Among the first big names to offer tickets for their concerts are Demi Lovato, OneRepublic, Usher, Backstreet Boys and World Wrestling Entertainment. The purchase link will appear on the bottom left of the screen. Users can tap or click a browser in-app to make their seat choices and additional services and finalize the purchase: everything is done in a few steps.

Ticketmaster explained that the deal with TikTok will help organizers and creators increase their audience and ultimately sell more tickets. A similar move was also made with Snapchat last February, going through a mini-app inside the yellow ghost app. This time, to be honest, the procedure seems even more streamlined.

Changing the dynamics of music streaming

Music, and everything that revolves around it in terms of entertainment, therefore remains an essential pillar of TikTok’s business model, which on the other hand has been the cradle of success for many characters (who remembers Lil Nas X and her Old Town Roads in 2019?). The move towards a reinvented offer of music streaming would therefore be quite natural: according to the request filed and which was heard at the beginning of the week, the experience should be even richer than that of Spotify or Apple Music. The songs can be downloaded (so it seems at the moment), they can connect other social profiles and users will be able to leave comments and broadcast the omnipresent live shows, perhaps with integrated backgrounds chosen from the catalog. It is difficult to understand whether it will be an enhanced and revised version of Resso or a completely new creature. It is certainly a prospect that does not make you sleep soundly at Cupertino it’s at Stockholm.