No entry: Corona lock on the islands – travel 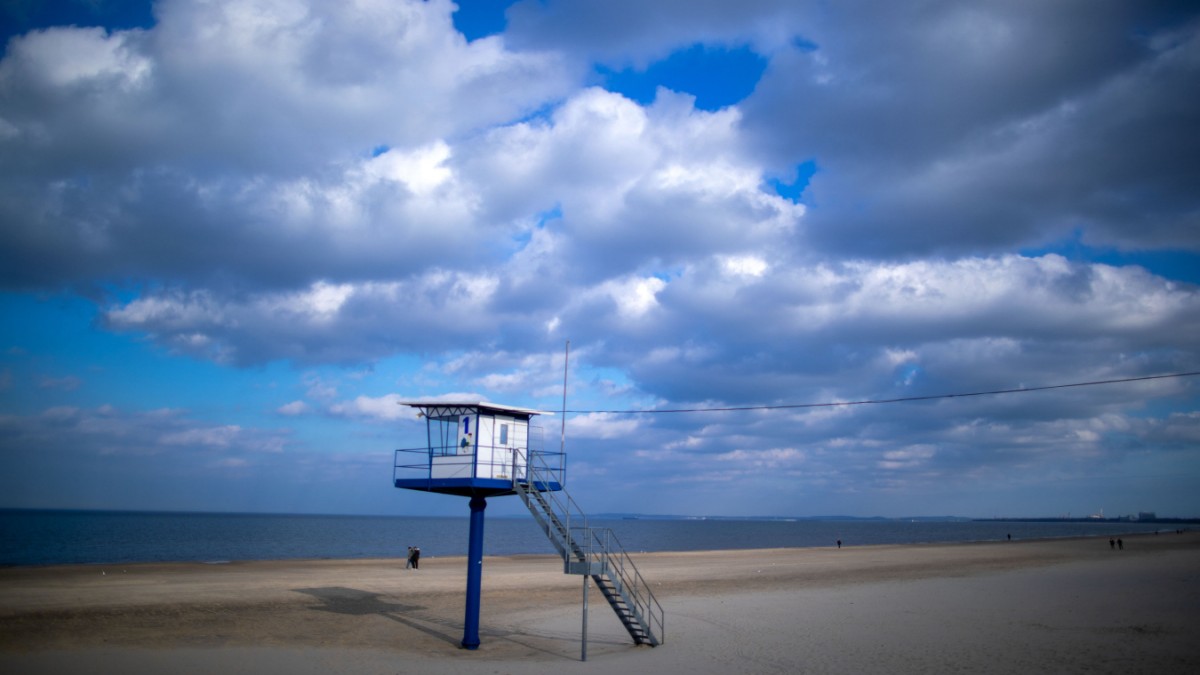 Helgoland, Sylt, Rügen, Usedom: The holiday resorts in the North and Baltic Seas, which otherwise attract millions of visitors a year,
isolate themselves. Nevertheless, the people there don’t feel safer.

She should leave at nine o’clock. Every day. Departure in Hamburg, St. Pauli Landungsbrücke, bridge 3/4, stopover in Cuxhaven, at the pier “Bei der Alten Liebe”, nice name by the way in sad days. Arrival at 12.45 p.m. in the south port of Helgoland. Return at 4.30 or 5 p.m., except in very bad weather, which occasionally disconnects the Helgoland from the outside world at short notice when the storm lashes. However, this is a hurricane of a completely different kind. Almost windless.

The new high-speed ship Halunder Jet the shipping company FRS is in the most beautiful sunshine in the port of Hamburg, even this Helgoline catamaran may not sail until further notice. Otherwise, the high-speed ferry, which went into service in 2018, would rush up to 65 km / h across the North Sea to bring hundreds of passengers to Germany’s only island further out in the sea and back to the mainland. There is another ship twice a week, but tourists are not allowed to go to Helgoland for now. “We no longer have any tourists here, none at all,” says Lars Johannson on the phone. “That has never happened before. This is an absolute exception. A very unusual, strange situation.”

Lars Johannson heads Helgolands Tourismus-Service, the season has just started. The island with its rocks and its dune next door would normally be relatively full, Easter is coming soon. It is similar to more or less all German islands. Seldom have they been so lonely, rarely has the local population been so alone. The state governments and counties in the north have decided to vacate the holiday areas from holidaymakers in order to slow down the virus. With consequences of many kinds.

The East Frisian Islands, the North Frisian Islands, the islands in Mecklenburg-Western Pomerania. The resorts on the coasts. Helgoland. Sylt. Norderney. Amrum. To reprimand. Usedom. Sankt Peter-Ording. And so on. All of these areas, which attract millions of guests every year, and people everywhere should remain alone in these weeks, perhaps months, which they otherwise are never. Everyone can answer the question about the consequences themselves. Empty beds and chairs mean empty tills. The restaurants, bars and cafes are already closed due to the nationwide limit on contacts, as are most hotels and holiday apartments. Even artisans are said to be leaving the East Frisian Islands. The district of Aurich has issued an exit restriction for Juist, Norderney and Baltrum. You can hardly keep up with the abundance of different regulations.

Nobody could have imagined that until recently. Hamburg residents, for example, had their usual school holidays in spring for two weeks until March 15, before the classrooms stayed closed due to the pandemic. Many of these Hanseatic people flowed in all directions, to Ischgl or Mallorca, to the Canary Islands, to southern Spain or to Lech, but also to the most popular, if still cool, beaches north of the city. But Nikolas Häckel knows the seriousness of the hour. “The Chancellor said yes, this crisis has been the biggest challenge since World War II,” he says, also on the phone, in the home office, a good distance northeast of Heligoland. “This is a very, very special time.”

Nikolas Häckel is the mayor of the municipality of Sylt, which has a population of around 15,000 and which can be said to be one of the nation’s most popular and exclusive offshoots. Some of the most expensive properties in Germany are located on the island, primarily in Kampen. Now Sylt is also closed to strangers. By general decree, the district of Nordfriesland issued restrictions on access to the islands and Halligen of the district until April 19 and banned tourist purposes. North Friesland includes Sylt, Föhr, Pellworm and Amrum. No entry.

Only those who have their primary residence, an employment contract, first-degree relatives or a special permit may come. Even the ongoing dispute over the precarious train connection via the Hindenburgdamm is a bit in the background, with the numerous commuters wondering how they should keep the minimum distance in the marching track.

Sylt and other islands advertise with their nature, their healthy air. “Sylt has a good climate and is a good island for respiratory diseases, even for high-risk groups,” said Mayor Häckel. Usually, but this does not apply to tourists in the Corona crisis. Did all of them leave Sylt? “Unfortunately no,” replies Häckel. Some owners of second homes did not follow the call to leave the country.

The thing about second homes is a political issue, a confusing one. First it was said that all second home residents had to leave North Frisia, there was talk of police controls. The Schleswig Administrative Court dismissed appeals by means of an urgent procedure. Occasional mobbing has also been reported in some places. All of this angered Hamburg’s Senate in particular, because some Hamburgers have an additional domicile on Sylt or on other banks.

Then the government of Kiel gave in on Monday with this regulation: “New arrivals in second homes without a valid reason are prohibited,” it says. “Second home owners who are already using their property in Schleswig-Holstein could stay in the country.” Are you all right? No, on March 24, the municipality of Sylt posted this on their website: A stay in a second home on Sylt “does not legalize their violation of the departure order that applied until yesterday – any criminal prosecution of this violation remains unaffected”.

Mayor Häckel refers to limited capacities in the Sylt hospital, five intensive care places temporarily became ten. “Every additional person shakes that.” He knows what the unique doldrums mean for Sylt. “It is clearly about livelihoods. There will certainly be bankruptcies. We are an island without tourism, we are at a standstill. The business purpose is not fulfilled, so to speak. We are 100 percent tourism. And fresh air.” The government needs financially “very clear announcements. Every day costs money”.

This little gem between the mudflats and the open North Sea, between List and Hornum, is not just a haven for wealthy people who can afford downtime. Neither is the chain of imperial baths in the east on Usedom, where Poland has also sealed off the symbolic European promenade on the beach. Before that, it was wonderful to walk back and forth between the two countries, they had grown together until an invisible danger called the Coronavirus Sars-CoV-2 separated them. Everyone affects Corona, practically every innkeeper, every landlord, here and there and everywhere. How long? “Speculating makes no sense,” says Nikolas Häckel, head of Sylt Island, “we can only hope that the numbers will continue to fall.” The number of cases, of course, does not increase too much.

Is that at least the advantage of an island, the distance? Lars Johannson, the tourism director of Helgoland, this outpost of the Pinneberg district in Schleswig-Holstein, suspects that one is not immune to the virus. You can now feel locked in, although the connections are not completely cut off, which would be impossible due to the already difficult logistics. You can also feel a little safer, depending on the feeling. The mood is not really great at the moment, island to mainland. Fear is about health, jobs, money, future. As far as the Corona cases are concerned, no one has yet been reported on Heligoland, and Sylt’s Mayor Haeckel says: “Two of the district’s statistical cases for the islands are actually not on the islands.”

Share
Facebook
Twitter
Pinterest
WhatsApp
Previous articleTrump announces the shipment of teams to Spain, Italy and France to alleviate their “big problems”
Next articleIranian television over the days, an embellished assessment and the West in crisis
Save 60.0% on select products from SAMMIX with promo code 6018YMV7, through 4/25 while supplies last.