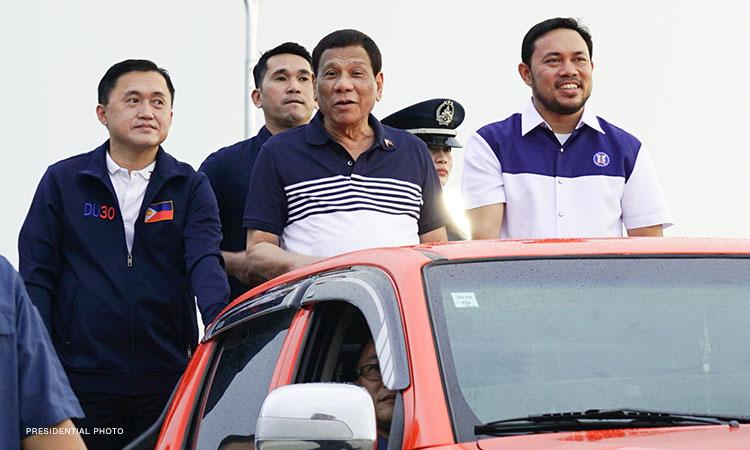 Metro Manila (CNN Philippines, January 14) – President Rodrigo Duterte told government officials on Tuesday not to start with any project that only ends after his term.

“I want projects that are feasible and can be completed during my term,” Duterte said during a briefing on the effects of the Taal volcano eruption. “Do not dream of any ‘Yung malalaking hindi matapos kasi hindi ko ia-Approve ‘Yan. Ayaw kong mag-iwan ng draft Na hindi caps.“

[Translation: Do not dream of any big projects that won’t be finished because I won’t approve of that. I don’t want to leave a project unfinished.]

The government’s list of priority infrastructure projects went through an important review in November, with a series of projects that would take a long time to build to be eliminated.

The new set of deliverables dropped bridges that will take a long time to build, and have been replaced by local road construction projects.

Projects whose construction takes more than a decade, such as the Luzon-Samar and Bohol-Leyte link bridges by 2027 and the Cebu-Bohol and Cebu-Negros bridges by 2030, have been removed from the priority list.

The Department of Public Works and Roads also canceled 10 bridge projects within Metro Manila that expire in 2023, and were supposed to be financed through loans from China and the Asian Development Bank.

The new list has 100 projects, all starting during Duterte’s tenure. Of these, 38 will be completed by 2022 and 22 will be partially operational. The economic team would leave about 40 projects for the next administration to finish.

The mayor of Toronto opposes xenophobia amid the fears of the...

Will the judges have the last word on climate change ?:...

Here are some (completely serious) predictions about technology in 2020

Lauren Sánchez revealed the Bezos affair in text messages to her...

The dispute between Phillip Schofield and Ruth Langsford extends to the...

A considerable part of Trump’s base believes he has broken the...