NASEF JAPAN was established in 2020 as the Japan branch of NASEF based in the United States. It is an organization that mainly uses e-sports as an effective tool for promoting learning for high school students and junior high school students, and supports education such as social emotional learning that fosters intelligence improvement, sociality and emotionality. This e-sports summit was held as a place to announce the activities and knowledge about education in e-sports.

The eSports Summit is a two-part program. In the first part, “International Education Summit”, a cross-talk session including Dr. Constance Steinkler of the University of California, Irvine and Keiichiro Sasahara of Clark Memorial High School, and a case study of education and research in North America by Mr. Yoshiaki Tsuboyama of NASEF JAPAN Seminars from various perspectives were held. First of all, the first part will start with a greeting by Mr. Hiroshi Naito of NASEF JAPAN, “The actual situation of e-sports and NASEF’s activities”.

In the cross-talk session, Keiichiro Sasahara, teacher of Clark Memorial International High School, Minoru Komatsu, teacher of Anan National College of Technology, and Akihiro Matsubara of National High School Esports Federation (JHSEF) will be on stage. Mr. Sasahara of Clark Memorial International High School, who established the e-sports major in 2019, said, “We are educating not only to play games but also to seek results, with the aim of improving communication skills and cooperation.” I talked about incorporating e-sports in class.

He says he is not thinking about boosting the esports market or training esports players. The reason for using esports is, “I’m just using it as a tool because I think that students should be educated using the games that they are most interested in.”

Anan National College of Technology, where Professor Komatsu works, holds e-sports events that are planned and managed by students, and now we are conducting research on the spread of e-sports in class. It seems that he is looking for cooperation with Shikoku University in the future.

Regarding the adoption of e-sports, he said, “There are some dissenting opinions that I feel as air. I am trying to broaden my understanding so that I do not think I am playing.”

Mr. Oura of JHSEF, who holds the “National High School Esports Championship”, took up a case where he went to various high schools and encouraged him to participate in the tournament, but the result was not good. He felt that it was necessary to carry out educational activities because the cooperation of the school could not be obtained just by holding a tournament for high school students. Therefore, by increasing the educational value of e-sports, we have come to seek the understanding of the school side.

In addition, Mr. Yoshiaki Tsuboyama of NASEF JAPAN will talk about “Education and Research Cases in North America”, and Mr. Koichiro Ohashi of Seisa Kokusai High School Obihiro Learning Center will talk about “The Present of Education through eSports” by Takuya Manabe of Gesipi. He and Mr. Manabu Murata, an international education critic, gave a lecture on “The Possibility of Global Education Brought by e-Sports-Geshipi: e-Sports English Education-“.

We regularly hold something like the “International Education eSports Summit” held this time for educators, introduce the curriculum and implementation examples in North America, and in the future, not only educators but also students who will receive education. We also plan to give lectures to high school students.

He also announced that he is planning to hold an e-sports camp for students for 3 nights and 4 days for the summer. We are considering the timing of the corona sickness, but we will create an opportunity for growth by bringing together students with a common purpose.

In addition, an event league will be held. There are two leagues, “NASEF JAPAN MAJOR” and “NASEF JAPAN EXTRA”, and we will prepare a nationwide MAJOR and an EXTRA that can be held locally or at the school level.

We are aiming to hold the event on a scale that is easy to start, rather than holding it on a large scale like the “National High School Esports Championship” and “STAGE: 0”. The titles used in the tournament are selected based on the titles recommended by NASEF in North America. It is said that MAJOR will adopt “Fort Knight”, but we plan to increase the number of titles in the future.

Next is the NASEF JAPAN membership concept. Membership will function as a community for individual teachers and to create horizontal connections.

It is roughly divided into four memberships, and we will support teachers and schools regarding e-sports with contents tailored to each target person.

At the end, there was a question and answer session, answering questions from reporters. First, when asked about the differentiation or cooperation between NASEF JAPAN and JHSEF, he said, “Basically, there is a partnership, not a competition. JHSEF has a strong public side, and NASEF is boy scout-like and grassroots. Image of activities. By the way, you can join NASEF JAPAN as an individual member and there is no membership fee. “

Regarding the titles used in the tournament, when asked, “I said that it conforms to North American NASEF, but there may be differences in popular titles between Japan and North America,” he said, “Currently, we have selected the recommended titles in North America. However, in the future, we are considering whether we can create a standard for our own recommended titles in Japan. I think that career education is important in expanding the possibilities of the next generation. For that purpose, I will touch the PC. However, we are not denying anything other than PCs, and we are also considering support for consumer devices that can be used, such as cross-play of “Fort Night” that will be used at the tournament. “

The reason for selecting the recommended titles of NASEF in North America was that games with strong violence were out of the standard, but it was pointed out that simply excluding them would be against the idea of ​​educating through e-sports and games. I think we need to discuss this with students and teachers in the future. Even after eliminating violence games at school and NASEF, students already know what is violence, and some students already do. I think I’m playing the game, so I want to think of it as a student, rather than closing it or doing something that wasn’t there. “

For example, it is the same as using sports as a means of fostering cooperation in team competitions, independence to think and play, and creativity to formulate strategies, rather than club activities to produce professional athletes.

By incorporating so-called gamification into the educational arena, we aim to improve student motivation and learning efficiency. If e-sports and games can promote the growth of students, I would definitely like them to be hired by many high schools. 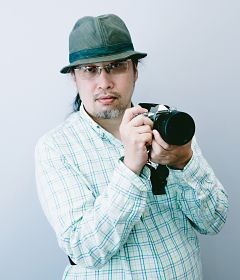