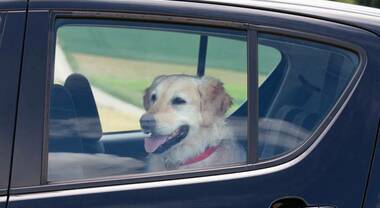 The carabinieri of the Vomero operational nucleus reported a 80enne local. Near the metro station of “Montedonzelli”In Naples, a car parked in the sun was reported, inside which a little dog was gasping (photo repertoire). The windows were closed. the carabinieri were forced to smash the window. The dog was transported to a veterinary clinic and fortunately regained consciousness. The man, later tracked down, was reported.