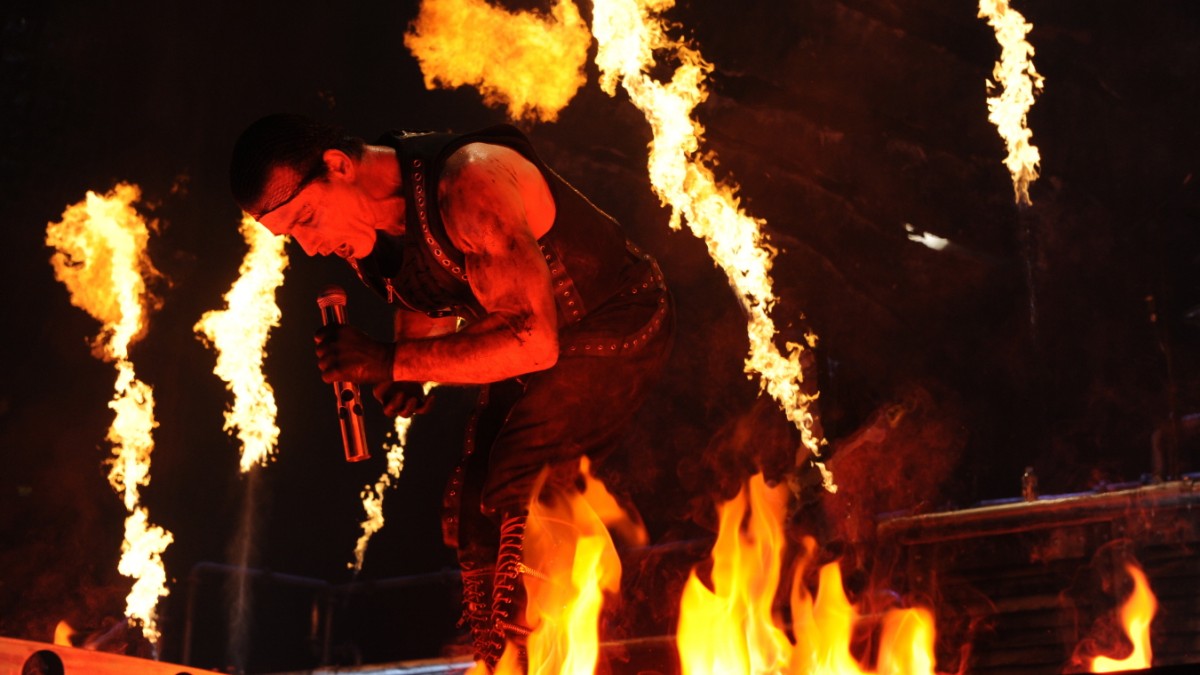 Musically, Munich could become Rammstein City in the next twelve months. In addition to the huge concert just discussed on the Theresienwiese on New Year’s Eve in front of 145,000 spectators, there could be four more performances in the Olympic Stadium in 2023. According to information from the SZ, the dates in the summer are said to have been blocked internally for a while before the announcement of a possible New Year’s Eve concert by another organizer and also coordinated with the supervisory board.

But first the political decision about the concert on December 31st is pending, probably on August 10th. The topic is “subject to the agenda” of the city council, said Mayor Katrin Habenschaden (Greens). With reservations because the draft resolution by economics officer Clemens Baumgärtner (CSU) still lacks the opinions of the district administration department as the licensing authority, the health department and the district committees. When asked, Baumgärtner assured that these would be submitted in good time.

The mood in the city council is still confusing, and the topic is polarizing even in many factions. The Greens see the big concert as a whole critically. There is still no “valid basis for decision-making and information,” says parliamentary group leader Mona Fuchs. Questions about safety, traffic, the capacity of police and emergency services, noise pollution for local residents and also the effect as a precedent are still open, she said. “That has to be well thought out and agreed with all players.”

The coalition partner SPD also sees many open questions, but the overall trend sounds more positive. “There are different opinions in our group. We will make a decision next Monday,” says group leader Anne Hübner. Until then, “all aspects from security to ticket prices to the interests of local residents” would have to be considered. In addition, the concerns of Tollwood and the surrounding economies would have to be taken into account. “If the concert takes place, then it’s best to start with a central fireworks display.”

Manuel Pretzl, chairman of the CSU in the town hall, is fully behind the plans for the New Year’s Eve concert on the Theresienwiese. That would be a great signal from Munich, also in the fight for tourists, he said. “We would have the most followed New Year’s Eve event in the world. I would welcome that to the maximum.”

The representatives of two long-established Munich institutions do not sound enthusiastic at all: Olympiapark and Tollwood. Some because they see unnecessary competition in their own city, others because the winter festival on the Theresienwiese could get in the way of the concert next door. “Our position is clear and remains the same, whether at the trade fair or at the Theresienwiese: Large open-air events and similar event formats belong in the Olympic Park,” said spokesman Tobias Kohler.

“We found out from the newspaper,” said Tollwood spokeswoman Stefanie Kneer. In other words, neither the city nor the concert agency that wants to bring Rammstein to Munich have spoken to those responsible at Tollwood so far. “Before we make an official statement, we first have to find out what the city is planning.”

The market there will close for Christmas, but the Grand Chapiteau will continue to play the Cirque Nouveau shows “Machine de Cirque” from December 26th. On New Year’s Eve as a gala, also with a menu. There will also be another big New Year’s Eve party in some of the other tents that are still standing and on the site. There is “nothing concrete yet” on which bands will play and how many people you would like to let in. That should remain so for the time being.