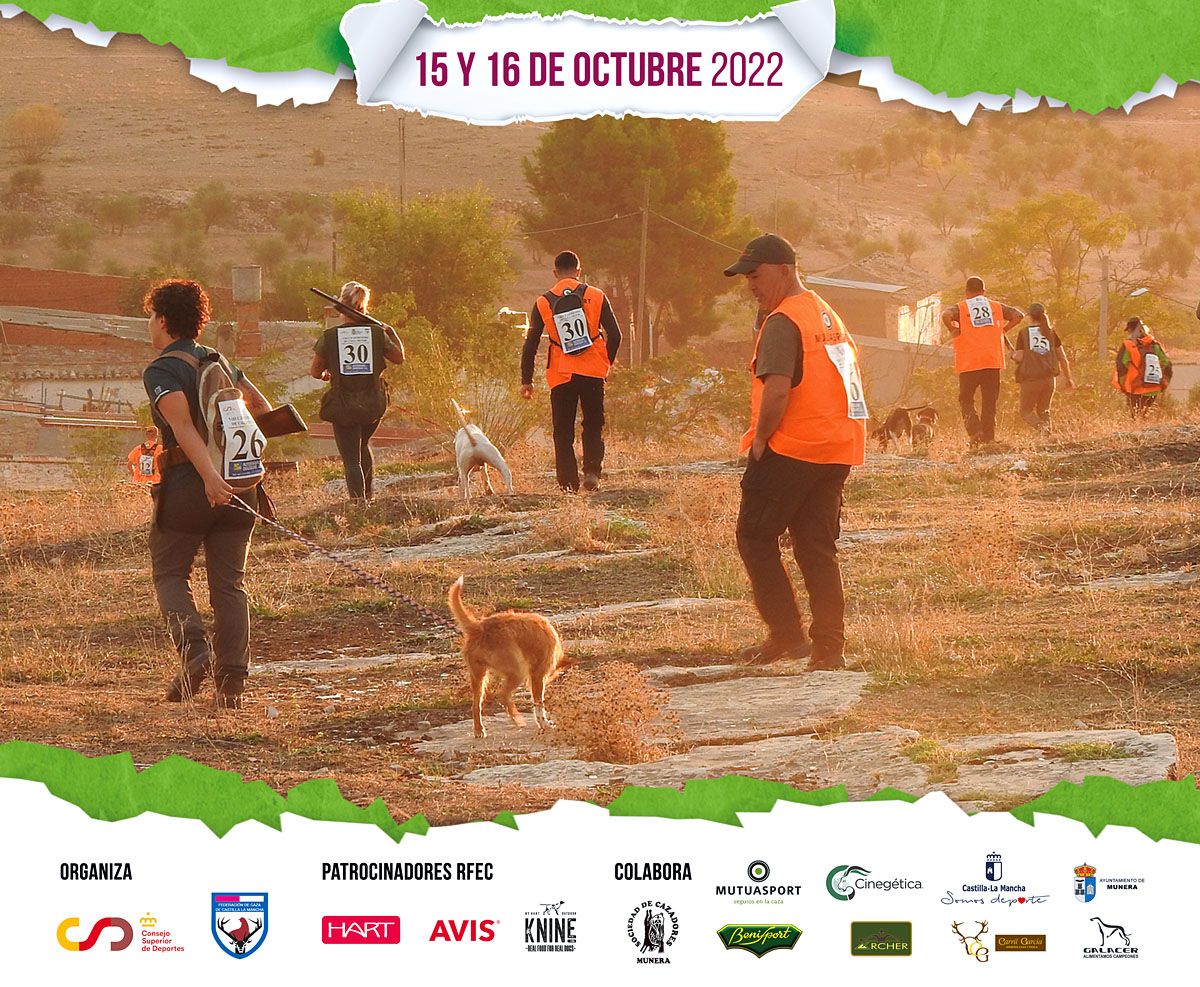 On October 15 and 16, 2022, Munera (Albacete) hosts the IX Spanish Women’s Small Game Hunting Championship with Dog, one of the star events of the Royal Spanish Hunting Federation (RFEC) and which will bring together the thirty best hunters of our country.

The test, organized by the RFEC with the collaboration of the Castile-La Mancha Hunting Federation and the Higher Sports Council, will be held in some 3,500 hectares of the Munera Social Preserve on the red partridge and rabbit species.

In this IX Women’s Championship, representatives of all the Federations will participate depending on the distribution of places according to the number of federated women in each Autonomous Region or their number of representatives in their regional tests, in addition to the current champion of Small Game Hunting with Dog, Carla Reige Immaculate Vallejo y Maria Fernandez as second and third classified in the previous test.

Registration for the competition can now be made through the Autonomous Hunting Federations, with the last day for submission of registrations being set for October 3, 2022.

7:30 p.m. Call for participants, judges and map distribution at the Municipal Auditorium of Munera

8:00 p.m. Presentation of the Spanish Championship, delivery of bibs and crossing of judges

08:15h Concentration of participants and judges in Miguel Hernández restaurant

08.45h Start of the test in the Social Reserve of Munera

14.15h End of the test and delivery of trophies