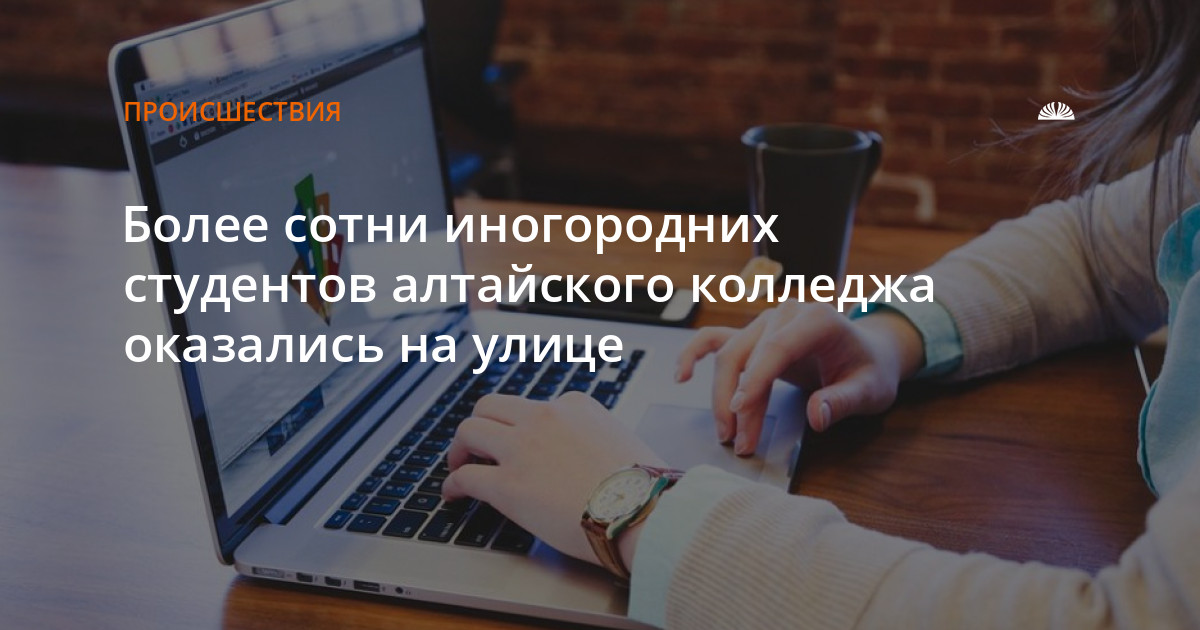 Students of the Altai Industrial and Economic College were evicted from the dormitory due to the repair that had begun. Writes about it “In the course 22”.

One of the students noted, that the leadership of APEC warned about the repair work in the hostels from July 1 to November 1. Students were to be provided with places in other hostels, however, the college fell silent.

“As a result, it turns out, that no one will give anything to anyone, and don’t hesitate to report it.

Now orphans, children from large families and people from other cities are forced to look for apartments at the last moment, not everyone has this opportunity, and what to do now – no one knows, ”they wrote in public.

This message was followed by a response from APEC. The school explained, that at first the repair did not go according to plan due to the rise in price of building materials, but now the situation has improved – and students will be able to move into their rooms in October.

“Now their total number of students in need of a hostel is 134 people, among them are students from large families and from the category of orphans and children, left without parental care. 63 students have already solved the issue of housing on their own, 71 students were allocated places in dormitories of five educational organizations, located in Barnaul, ”specifies the leadership of the college.

Earlier, a State Duma deputy proposed raising scholarships for students to the level of the minimum wage.