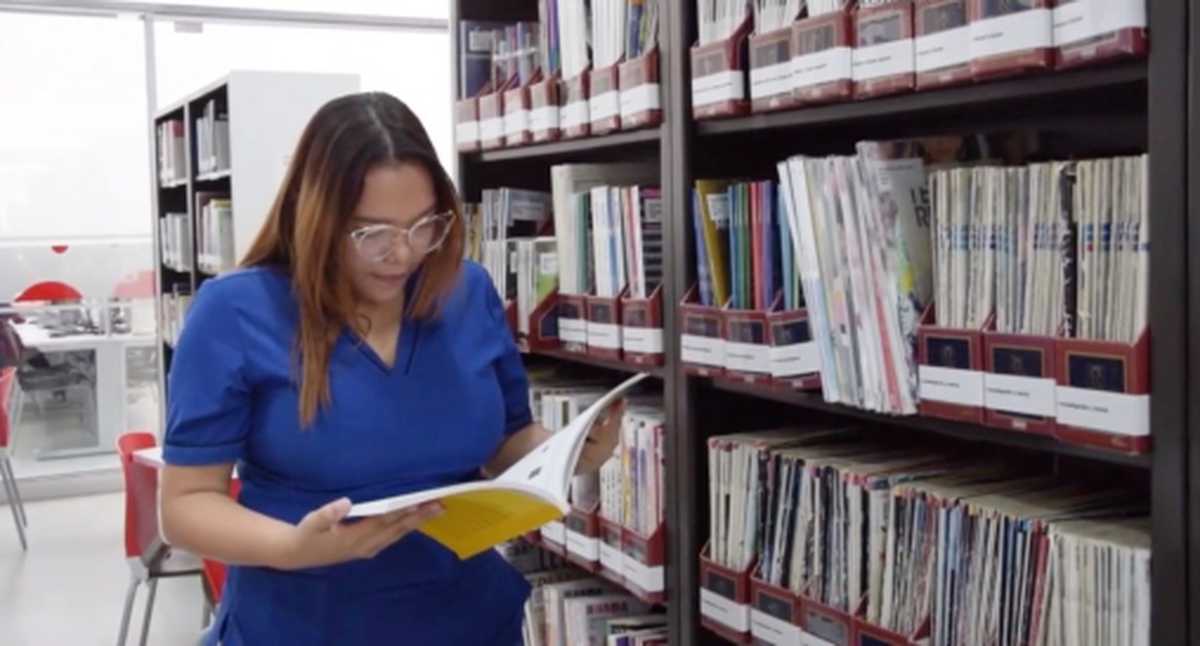 In the Ciudad Bonita of the department of Santander, 2,270 young people have had the opportunity to continue their studies and pursue technical, technological and professional careersthrough higher education scholarships awarded by the Bucaramanga Mayor’s Office.

According to the municipal Secretary of Education, these educational benefits are the product of the investment made through the education fund and the agreements that have been made with both public and private higher education institutions.

“Right now we have more than 2,200 scholarship holders, of which 1,310 are new beneficiaries. They are all part of the 14 agreements with universities that are being executed. It is sought that young people who are in conditions of vulnerability can have access to education and build their life projects”, explained Ana Leonor Rueda, Secretary of Education of Bucaramanga.

Of the total beneficiaries, 960 are people who continued with their academic process this semester. While the remaining 1,310 are new students who started technical, technological and professional careers this year. Most of these young people are residents of the North zone and the rural sector of the Santanderean capital.

“Of the 2,270 beneficiary students, 265 young people are characterized as victims of the armed conflict and are in the Single Registry of Victims, 21 belong to the Disability program, 29 to the Penitentiary System and the Criminal Responsibility System for Adolescents and 78 to the Endurance Program. La Barra”, added the local official.

Thus, the Mayor’s Office of Bucaramanga has invested more than $5,620 million in Higher Education Scholarships, to benefit young people from strata 1, 2 and 3. The financing covers the entire academic program as long as the student maintains an academic average above 3.0.

See also  high multiples are not synonymous with high cost

“Our commitment is for public and quality education. Education is the future, so in Bucaramanga we are building true bridges for the future, with scholarships, with computers and with the historical transformation of the educational infrastructure that we are advancing”, said Juan Carlos Cárdenas, mayor of the city.

Life gave Johan Manuel Rodríguez Galvis a second chance, although he never expected to study in prison. He did it thanks to a scholarship granted by the Bucaramanga Mayor’s Office through the municipal Secretary of Education.

His story shows that when you want you can and that between “bars and bars”, as the beneficiary mentions, He managed to complete his studies as a professional technician in Commercial Logistics at the university institution Fitec.

“One always dreams of these aids because in there this is very useful. Being alone many times you think: oh, please a book. The Bible helped me a lot, but studying changed my life”, expressed Rodríguez Galvis to the press team of the Mayor of Bucaramanga.

While in prison, Rodríguez belonged to the community called Nuevos Horizontes, which aims to resocialize many of the young people who are in prisons. Who has ‘the baton’ of this program is the dragoneante of Inpec, Heriberto Flórez. He is the soul and life of these detoxification, support and therapy processes and he was an angel for this man who received a scholarship from the municipal administration.

Johan Manuel’s career lasted two years, in prison he studied a year and a half and the remaining six months of his technique He finished them off while working as a taxi driver in the Bucaramanga metropolitan area.