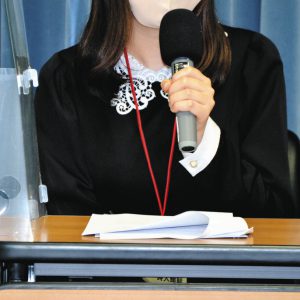 A woman who used to be a high school teacher talks about the difficulty of paying back her scholarships, saying, “I just want to study, but it’s strange to have millions of dollars of debt.”

On the 21st, the “Scholarship Cancellation Project,” a citizen’s group that tackles the issue of youth poverty, announced the results of an online survey that found that 30% of former students who borrowed scholarships experienced delays in repayment. At a press conference held at the Ministry of Education, Culture, Sports, Science and Technology in Kasumigaseki, Tokyo, on the same day, members of a citizen’s group explained the current situation surrounding young people, saying, “It is not possible for even university graduates to find good jobs, and many people are struggling to pay their loans back.” He said he would like the government to review the repayment grace system and exempt the repayment.

The “Scholarship Cancellation Project” that I investigated was launched by the NPO “POSSE” and the labor union “Total Support Union”, which is working on the problem of youth labor poverty.

The survey was carried out from July to September by asking former students who are currently repaying scholarships from the Japan Student Services Organization (JASSO), or who have gone bankrupt because they have not been able to pay them back. There were 2,697 responses, and 80% were in their 20s and 30s. 60% of the borrowed amount was 2 million to 5 million yen.

See also  Get in the saddle to support Louca's fight, suffering from a profound irreversible disability, in Antoing

753 people, or 28% of the total, answered that they had been late. The reason (multiple answers allowed) was “low income”, with 509 people accounting for 67%. The Japan Student Services Organization has a system that allows repayment to be deferred for up to 10 years if the annual income is less than 3 million yen.

278 people considered self-bankruptcy, 10% of the total. There were 34 people who answered that they had filed bankruptcy. In the free description, there were voices such as “life was hard and double work”, “marriage is impossible”, “attempted suicide”.

A 25-year-old former high school home economics teacher who attended the press conference borrowed 4 million yen to attend a private university. The second of four children, all of whom received scholarships. After she graduated, she became a teacher, but she retired due to ill health and is currently unemployed. She has reduced her monthly repayment from 17,000 yen to 6,000 yen through a reduction system. “She also thought she had to die and have a fling. She just wants to study and she has to borrow millions. It’s crazy,” she complained.

Nana Iwamoto, 23, a member of the project and a fourth-year student at Sophia University, said, “With the current situation where salaries are not increasing, it is impossible for me to solve it on my own. We have to change the social structure. Scholarship debts like the US Biden administration. A write-off is required,” he said.

Workshop for people in repayment on October 1st

In addition to collecting online signatures, the project will hold an online workshop for those who are paying back from 1:00 pm on October 1st. Details are introduced on the note page of the “Scholarship Cancellation Project” and applications are also accepted.