On November 25, Microsoft Japan announced domestic development of measures for the education field centered on “Windows 11 SE” and “Surface Laptop SE” announced on November 9, local time in the United States. In Japan, it is an OS for junior high school students, and Microsoft 365 Apps can be used even in an offline environment. Designed as a notebook PC for educational institutions, Surface Laptop SE will ship two models with reference prices of 36,800 yen and 27,800 yen from November 30th.

At a press conference on the same day, Yoko Nakai, Executive Officer, General Manager of Education and Sales Division, Public Sector Business Headquarters, said, “The demand for distance learning has increased all over the world due to the corona disaster. The number of users of Microsoft Education is one year. It has increased to more than 150 million people. ” He explained the reason for providing an OS and terminals dedicated to educational institutions, “to meet the diversifying demands of educational sites.”

Windows 11 SE will be an operating system that reconfigures Windows 11 for elementary and secondary education children and students. For example, Windows 11 has a feature called “snap windows” that organizes windows on the desktop, but Windows 11 SE limits the functionality to just two applications side by side. As will be described later, the display resolution of the Surface Laptop SE is 1366 x 768 pixels, so it seems that the functions are limited based on the intended use. In addition, there are restrictions on the applications that can be operated, and “Universal Windows Platform (UWP”, “Progressive Web Applications (PWA)”, and Win32 applications do not work. , Avoiding on-site issues such as pre-class installation “(Mr. Yoshihiro Yamazaki, General Manager of Modern Work & Security Business Headquarters). 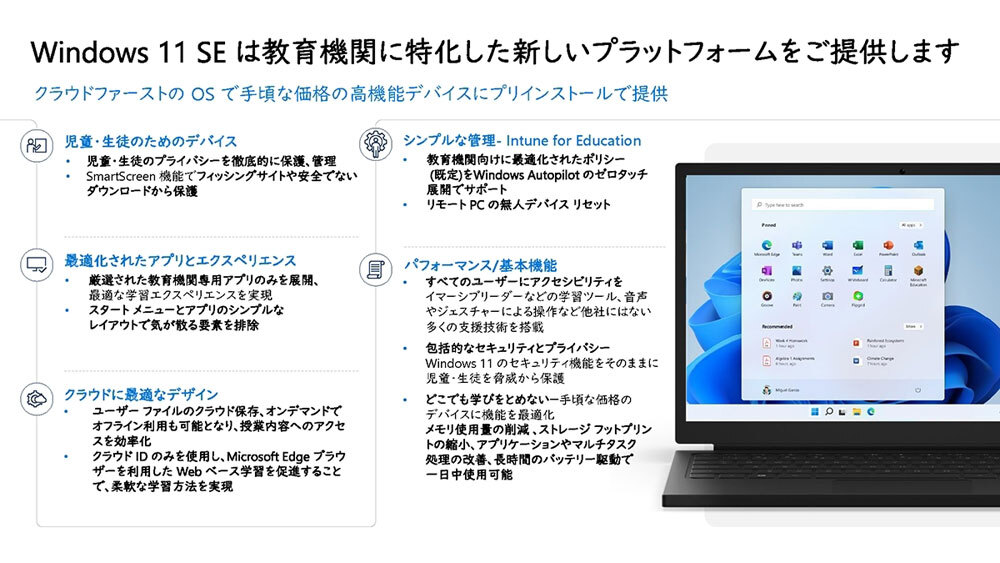 See also  Hugo Díaz: we require an education connected with the development and demand of the market | News

Windows 11 SE will be provided as a pre-installed OS, and an OEM partner of Microsoft Japan will provide terminals for educational institutions equipped with Windows 11 SE. One of the PCs with Windows 11 SE will be the Surface Laptop SE. The characteristic is “Battery time that was requested a lot. Since it can be driven for up to 16 hours, it can be used for homework even after taking it home from school,” said Keishi Ishida, General Manager of Surface Business Headquarters. Another feature is that PC parts can be easily replaced, and although it was difficult for the owner to replace parts with the conventional Surface series, it seems to be an improvement for unexpected handling. 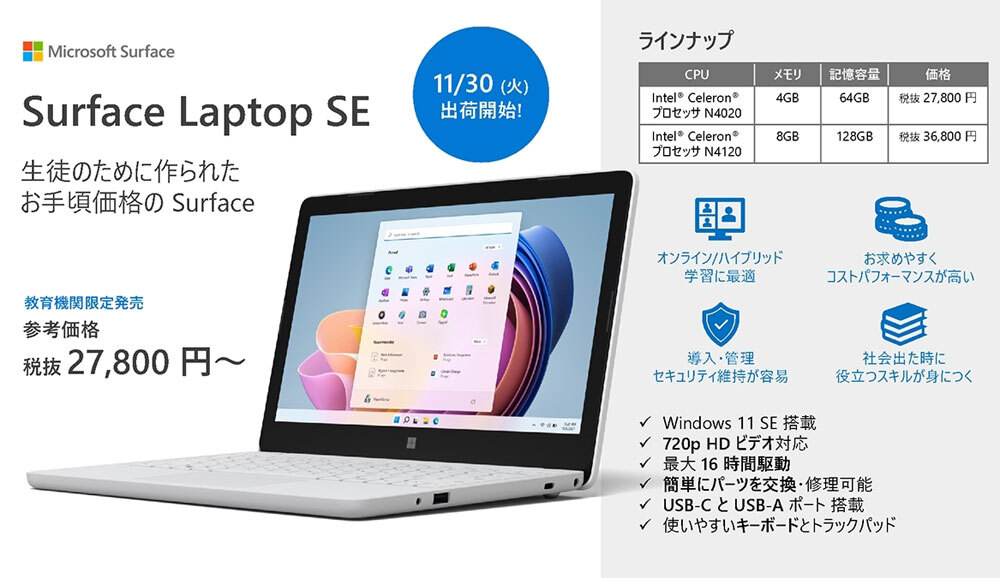 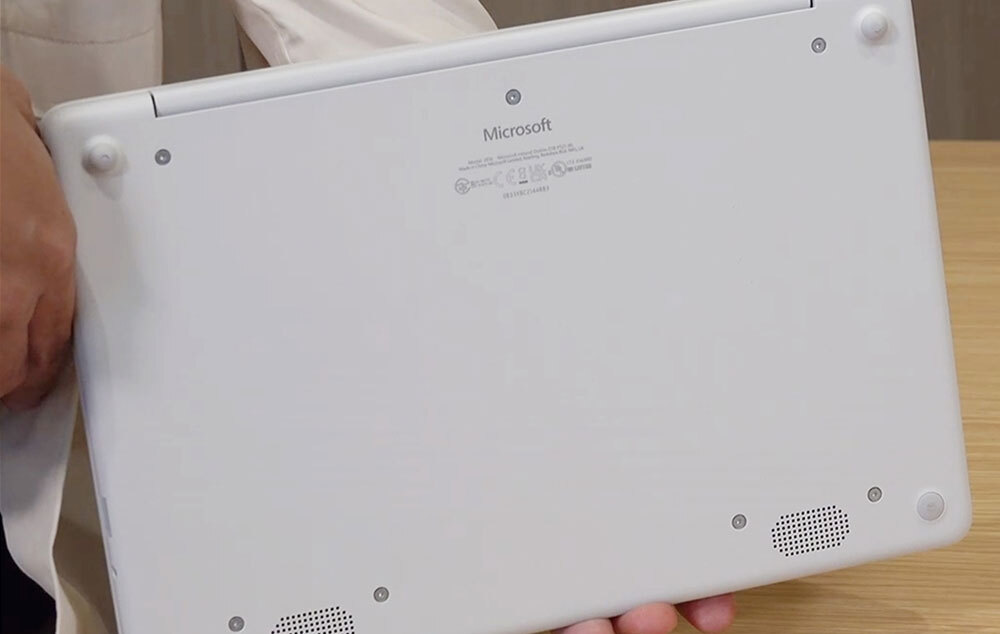 For PCs running Windows 11 SE, expand the configuration settings with “Windows Autopilot” and manage the device from the cloud with “Intune for Education”. Microsoft Japan will offer “Microsoft 365 A1 for Devices,” which combines Intune for Education with “Office 365 Education” and “Minecraft: Education Edition,” for 4128 yen (reference price) per device.

Unlike the conventional edition for educational institutions such as “Microsoft 365 A3”, it is only a one-time purchase type. The maximum usage period of the terminal is 6 years. Mr. Yamazaki explained that the reason why the purchase-out type was prepared now that the subscription type is the mainstream is that “when (the purchase of the terminal) was borne by the local government, there were many requests for advance payment.”

In addition, Minecraft: Education Edition was included in the package because “there were many requests to use it in programming classes” (Mr. Yamazaki). Minecraft Teams, which is also used in distance learning, has “Reflect”, a questionnaire and analysis tool that highlights the emotions of children and students, and “Reading Progress” (reading level check function) that uses artificial intelligence. Although the demand for terminals for educational institutions is set to peak several years ahead, it seems that the environment has been settled by the government’s “GIGA school concept”, but Mr. Nakai said, “In developed countries (from accumulated knowledge), devices according to school age We are providing products that meet customer demand, such as Windows 11 SE, “he emphasized that he is working in anticipation of future demand.