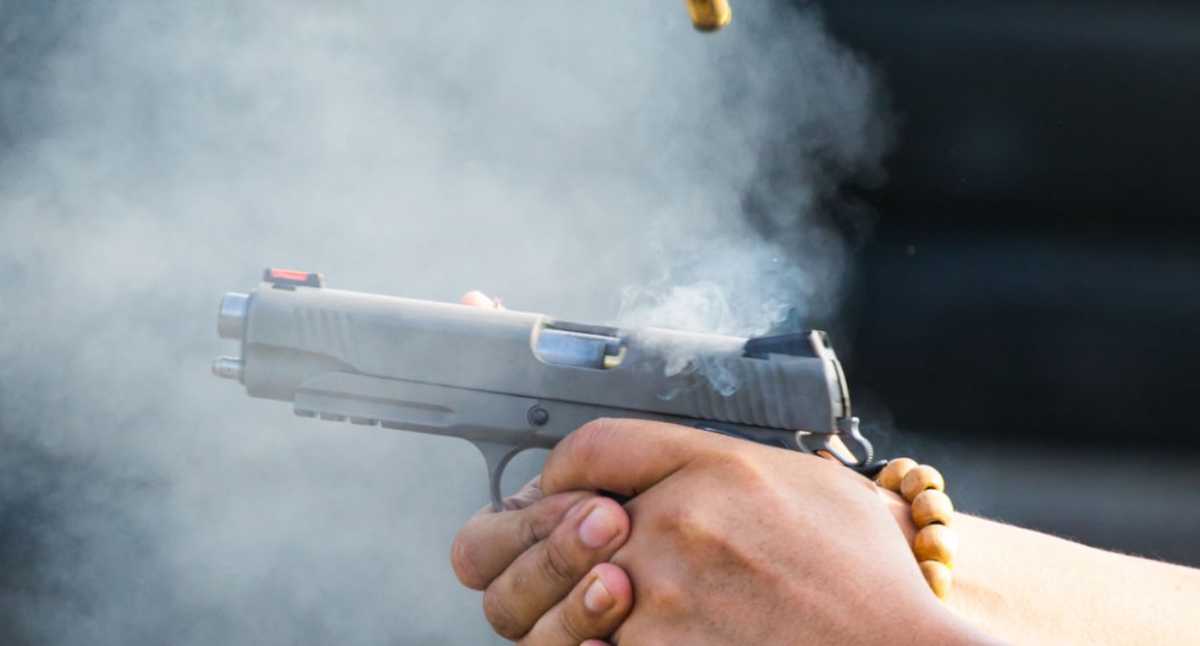 Police in Florida have arrested a man accused of shooting and killing another man’s dog during an attempted robbery last week.

Tampa Police Chief Mary O’Connor said during a news conference Thursday that Jayden Harris, 17, was arrested in the shooting last Friday during a robbery in which both of the victims’ dachshunds were shot and one died. WTVT- reported television.

The outlet reported that Geovanni Ruiz was walking his two dachshunds, both 7 years old, when a man approached him at gunpoint demanding money. Harris will be tried as an adult despite being 17 years old.

Police say they reviewed surveillance footage and identified Harris as a passenger in an SUV that had been circling the block. Harris was arrested hours after the shooting on a warrant for an unrelated robbery, but was released on bail two days later. because the police did not know at the time his possible involvement in the attempted robbery of Ruiz.

Ruiz says he picked up his two dogs and fled as the man continued to fire several more shots in his direction. Later, Ruiz rushed to an emergency vet where her dog Bamby survived, but her other dog, Jacob, died from his gunshot wounds.

Ruiz identified Harris as the culprit when he was shown a photo, at which point authorities arrested Harris and charged him with aggravated assault, robbery with a firearm, aggravated assault with a firearm, two counts of animal cruelty with aggravating circumstances and minor in possession of a firearm. “When we showed the victim the photo, he broke down and immediately identified it,” O’Connor said.

At the moment, Tampa police say Harris will be tried as an adult despite being 17 years old. “We took a ruthless criminal off the streets,” O’Connor said. His trial will take place in the next few days.

A ‘groomer’, accused of mistreating several dogs in a Florida dog grooming salon

Police officers arrested a South Florida groomer after other workers saw him on multiple videos abusing the pets in his care.

According to an arrest report, a man called the Palm Beach County Animal Control Division to report that his wife, A hairdresser at the salon, she was “devastated” to have witnessed abuse at the facility and sent the videos to an animal control officer.

The man, who reported the case to officials on behalf of his wife, because she only speaks Portuguese, reported that the abuse caused some hairdressers to resign.

Officers wrote that in the first video, of Camargo, while drying a black poodle in the sink, he was seen “forcefully manhandling the dog, grabbing the dog by the back of the head, pulling the dog’s hair and pushing the dog down into the sink.”

The second video shows de Camargo hitting another dog with a clenched fist and then hitting the dog with his right hand, according to the report. “The dog howls and cries and appears to be in pain from the man hitting him,” deputies wrote.

In the third video, De Camargo is seen blow-drying another small white dog in the sink, “grabbing the dog by the back of the head and twisting the dog’s fur as he lifts it up.”

On the fifth, holds “a small tan dog by the hair on the back of its head while trying to groom it on a grooming table”the agents wrote.

The hairdresser, whose husband translated for her, told agents that De Camargo “Mistreats dogs on a daily basis by hitting them with their hands, a brush, a nail file, nail clippers, or other grooming items.”

She saw de Camargo “twist a dog’s legs and limbs and pull a dog’s hair while hitting it,” the report says.

Until now, De Camargo, a Brazilian national, pleaded not guilty to the charges. His final sentence is expected in the coming days.