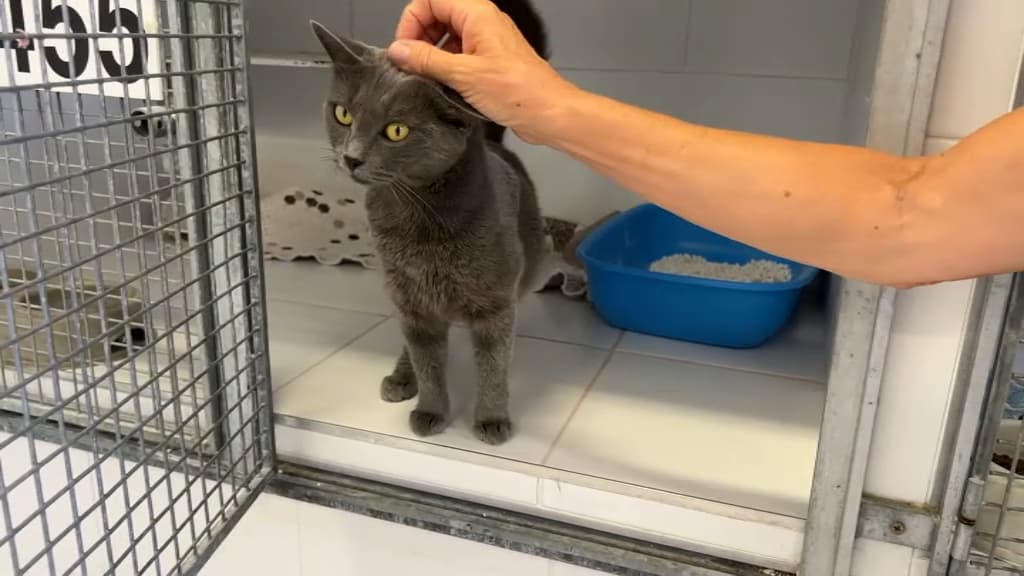 Rabbits but also cats occupy the boxes of the association, after being abandoned by individuals.

At the Lyon SPA, we are currently showing, full. Faced with a large number of animal abandonments during this first part of the summer, all the association’s boxes are currently occupied. Small rodents and rabbits have massively arrived at the SPA in recent days. Some have been abandoned, others donated by laboratories.

Many cats are also regularly abandoned and housed on the premises of the shelter. Most of them have not been chipped, making it impossible for SPA officials to find their owners.

“The shelter is full of animals that belong to someone because they are pretty animals, in good health, well treated at the base and no one comes to collect them when an identified animal, an hour later, if the owner can be reached, we can absolutely return the animal”, recalls Béatrice Tauvel, animal manager at the SPA at the microphone of BFM Lyon.

If the number of residents increases, the association for the protection of animals manages despite everything to have a part of them adopted, with the help in particular of awareness campaigns.

With the war in Ukraine starting last February, several orphaned animals have also been recovered by the Lyon SPA in recent weeks. This is the case of five dogs from the center including “Kharkiv” who have all been offered for adoption.

But since the beginning of the summer period, the number of recovered animals has again increased sharply. As is often the case in the summer, the number of drop-outs is on the rise, putting an additional burden on the SPA. This summer again, the association is recording record abandonment statistics.

See also  How should I choose for people in the early 100,000s?These cars are a good choice

“This is a critical period for us”, recognizes with BFM Lyon Magalie Leblond, communication manager at the Lyon SPA. The refuge is all the same quite quickly at saturation, we have a lot more than usual (…) This season, it is especially accentuated by the departures on vacation. We really felt that individuals had a great need to escape, to go on vacation as quickly as possible, and the animal in these cases, unfortunately, becomes an obstacle”.

Magalie Leblond reminds us, however, that many options exist for owners to allow them to have their animal looked after during their holidays. They also have the option of taking it to their vacation spot with them.

Throughout France, more than 12,000 animals have been abandoned since the start of the summer.