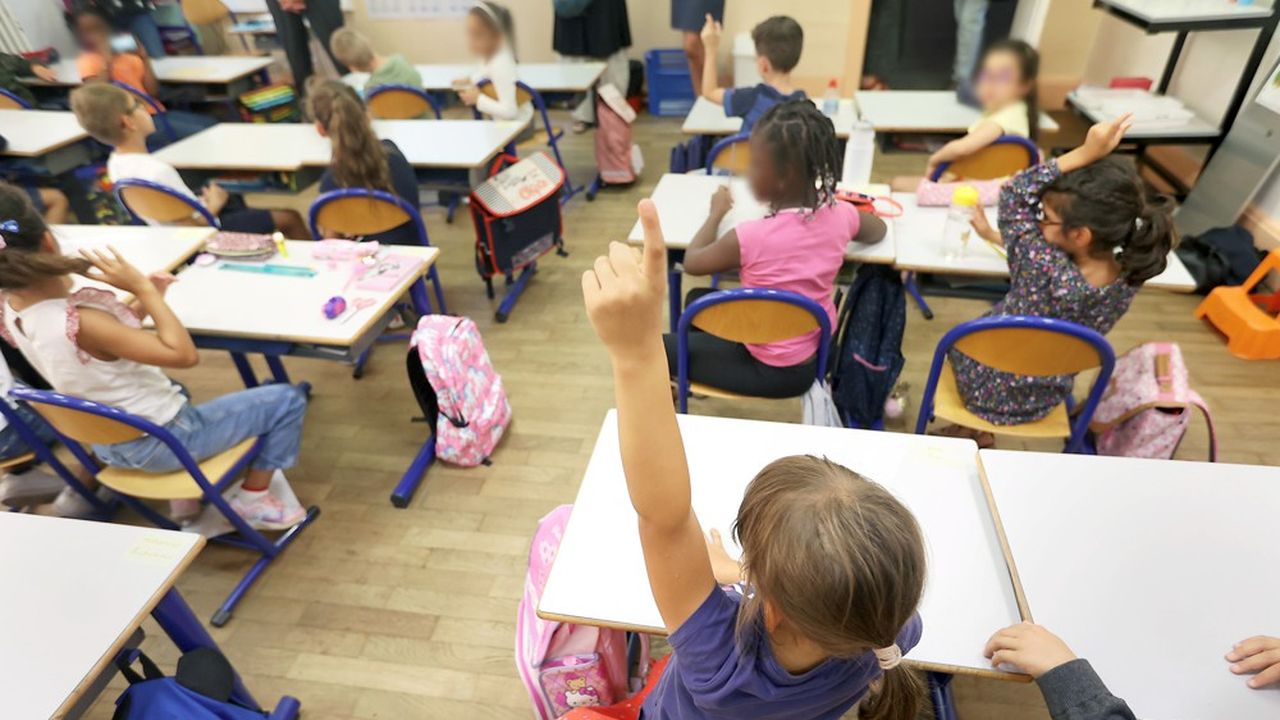 In the evolution of the level of students since 2015, there is good news and bad news. The Ministry of National Education has just published two studies carried out within the framework of the “Cedre” system, which assesses the achievements of pupils at the end of primary school and at the end of secondary school with regard to the objectives set by the school programs.

For primary school, the 2021 test concerned pupils who entered CP in 2016, i.e. one year before the implementation of the policy of splitting classes in priority education. At the end of primary school, the level of achievements of these pupils “increased slightly, after twelve years of stability”, notes the statistical service of the Ministry of National Education. In 2021, 62.5% of them had a satisfactory command of the skills required at the end of primary, compared to 60% in 2015. In other words, nearly 40% of pupils do not have this mastery before entering sixth grade. .

The Ministry of Education, however, welcomes the increase in the overall level, “all the more notable” as it comes one year after the closure of schools due to the pandemic. Moreover, if the girls are “always more efficient”, the boys “reduce the gaps”.

Behind this overall increase, the results are fragile. The proportion of pupils belonging to the weakest groups has been stable since 2015. The increase in the overall level is driven by pupils from the public sector excluding priority education. The performance gap between students in priority education and non-priority education has increased. And the differences in levels are always “very marked by the social origin of the students”. “The level gap between schools welcoming the most socially advantaged pupils and those welcoming the least advantaged pupils is around 30 points and has been stable since 2015”, underlines the study.

At both ends of the study’s performance scale, there are only 9.2% of critical readers “able to grasp the atmosphere and tone of a text to understand the intentions of the characters”. On the weakest side, 11% are “poor comprehensors” or even have very great difficulty reading.

In college, the boys down

The second note relates to the college and the results of the pupils who were in third in 2020-2021, in public and private establishments under contract. The overall results are “stable” between 2015 and 2021. Again, the ministry welcomes this, recalling the closure of establishments during confinement.

But other indicators reflect a deterioration in results. Among boys first: the performance gap in favor of girls is 12 points, compared to 6 in 2015. In 2021, more than one in five boys will have difficulty understanding outside the context of everyday life. They are a little more than five out of ten to have a satisfactory level of mastery at the end of the third year, against nearly six out of ten girls – for the latter, the results are stable.

In addition, so-called “late” pupils (older than their classmates) are fewer in number but more in difficulty. Less than a quarter (22.7%) of them have a satisfactory command of the skills expected at the end of year three, compared to more than a third (35.5%) in 2015.

A third of “discouraged” college students

In total, about a third of middle school students at the end of the third year say they are “quickly discouraged or deprived of strategies” when it comes to reading. To the question “when I am asked to read a one-page text, I am discouraged in advance”, 37.5% of students say they “tend to agree” or “totally agree “. And more than a third of college students (31.3%) feel in difficulty when they have to justify an answer.

The Minister of Education, Pap Ndiaye, promised to reform the college to curb the dropout, in particular the sixth class, considered as “pivotal”.