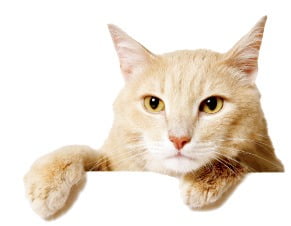 Cognitive dysfunction treatment for pets, probiotics for dogs and cats, diagnostic services for animals. This is a group of products that Korean pharmaceutical companies unveiled last year and this year. The pet market has grown rapidly due to the pandemic of the new coronavirus, and pharmaceutical companies are accelerating their entry into the veterinary drug market.

Okuma announced on the 23rd that it has signed a memorandum of understanding (MOU) with Seoul National University to develop veterinary drugs and establish a joint venture. Within three years, it plans to develop a therapeutic agent for genetic diseases in dogs and cats based on the research results of intermediary stem cells. Health functional foods that pets can eat will also be on sale. Based on these products, the goal is to establish a healthcare company that manages the entire life cycle of pets. “We will expand our domestic pet healthcare business,” said Yun Jae-chun, president of Okuma.

In 2015, Daewoong established the Veterinary Drug Division at Daewoong Pharmaceutical and declared its entry into the market. Until 2016, it released liver function improving agents and anthelmintic agents, but after that, there was no such step. At that time, there were many observations that it would not be easy for a pharmaceutical company, which was mainly a pharmacy business, to enter the veterinary drug market where veterinarians took the initiative. This is because the territorial conflict between veterinarians and pharmacists over the veterinary drug market was sharp.

It usually takes more than 10 years to develop a new drug for humans. Veterinary drugs can reduce this by more than half. This is the reason why pharmaceutical companies with new drug development know-how are entering the animal market. Recently, there have been an increasing number of cases of selling health functional foods of the same brand that people eat for pets.

After the epidemic of the new coronavirus, working from home became established, and the rapid growth of the pet market also affected the expansion of the area. The Korea Rural Economic Research Institute forecasts that the domestic pet-related market, which is 3,769.4 billion won (about 376.9 billion yen), will exceed 6 trillion won (about 600 billion yen) in 2027.