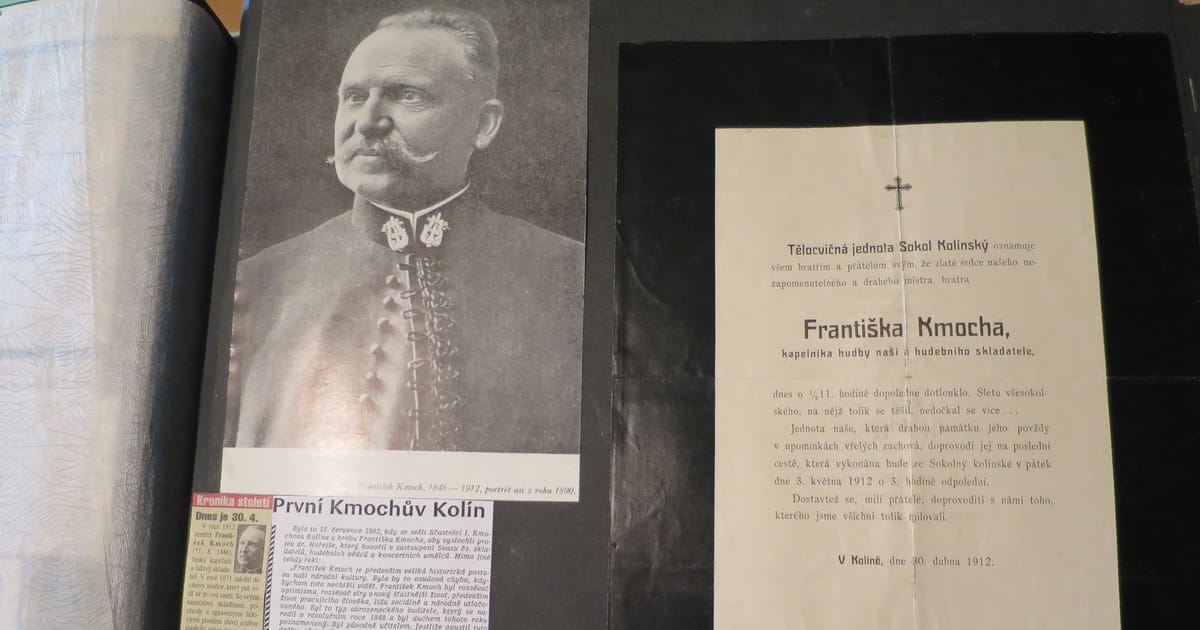 František Kmoch founded his first music group in 1871. Rather, it was an eight-member orchestra, which later became the Kolín Sokol Orchestra. It had as many as 70 members in its peak years. The very first concert took place 150 years ago, on May 15, 1872.

A Czech patriot body and soul

Kmoch’s compositions helped to strengthen the national consciousness of Czechs under Austro-Hungarian rule and later during Nazi occupation. His brass band linked to the patriotic gymnastics organization Sokol played an important role during the opening ceremony of the gymnastics festival in Prague.

František Kmoch composes from the age of ten. He reworked and adapted old folk songs and contributed enormously to the preservation of this Czech heritage. Also, he composed dance pieces – polkas, waltzes, mazurkas. But one of his favorite areas was walking.

The reputation of the Kmoch orchestra has gone far beyond the borders of its hometown, Kolín. He toured with his orchestra in different countries of Europe – in Krakow (1884), Budapest (1885), Vienna (1899). He even embarked on a three-month tour of Russia.

Faithful to his hometown of Kolín

Many towns sought to entice František Kmoch to become their conductor, but he preferred to stay true to his birthplace. Almost all Czechs know his folk song in honor of Kolín, although today performed with somewhat different lyrics.

If you ask people in the Czech Republic what comes to mind when they hear the word ‘brass band’, most of them will probably immediately think of Kolín. The link between brass band music and this city near Prague is further strengthened by the famous Kmochův Kolín brass band festival, which has taken place there since 1961. The last two editions were disrupted by Covid-19, but this year, from June 10 to 12, visitors will be able to enjoy this festival again. The streets of Kolín will be animated by the brass of many national and foreign orchestras, as well as a traditional spectacle of majorettes.