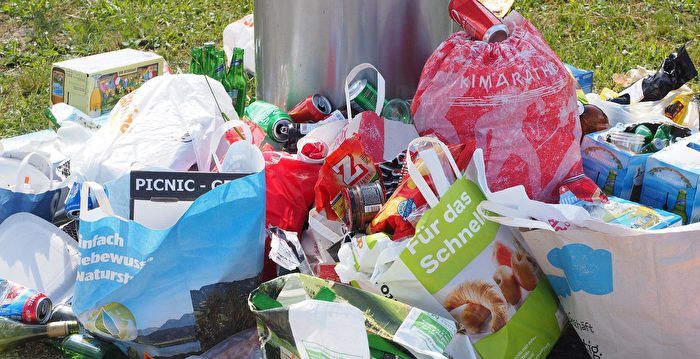 [Epoch Times, August 5, 2022](The Epoch Times reporter Zhou Anzhu Melbourne compiled and reported) According to the “Sun Herald” report, the Melbourne Knox City Council will start collecting residents’ food and garden waste once a week in mid-2023. , to collect general waste every two weeks to reduce the flow of food waste into landfills.

But the move was met with strong opposition from residents. In a poll of more than 600 residents, 91 per cent opposed the fortnightly collection of general waste.

Local resident Tracy Butterfield wrote on the Knox council’s Facebook page: “The trash can is filled with diapers, dog shit, medical waste and it stinks.”

“We know this will be a huge change for our community and we will be providing additional support and services to families with special needs,” said Knox Mayor Susan Laukens.

“We will be consulting the community to understand what exemptions are available for families with special needs, such as young children in diapers and patients using incontinence aids, families with larger populations or large volumes of medical waste. arrange.”

Before Knox City Council announced the reform, the Monash City Council had decided to implement a similar policy from August, which also caused dissatisfaction among local residents.

See also  Photos: The dog is "intoxicated" and smells the fragrance of flowers. It looks super cute | Flowers | Zinnia