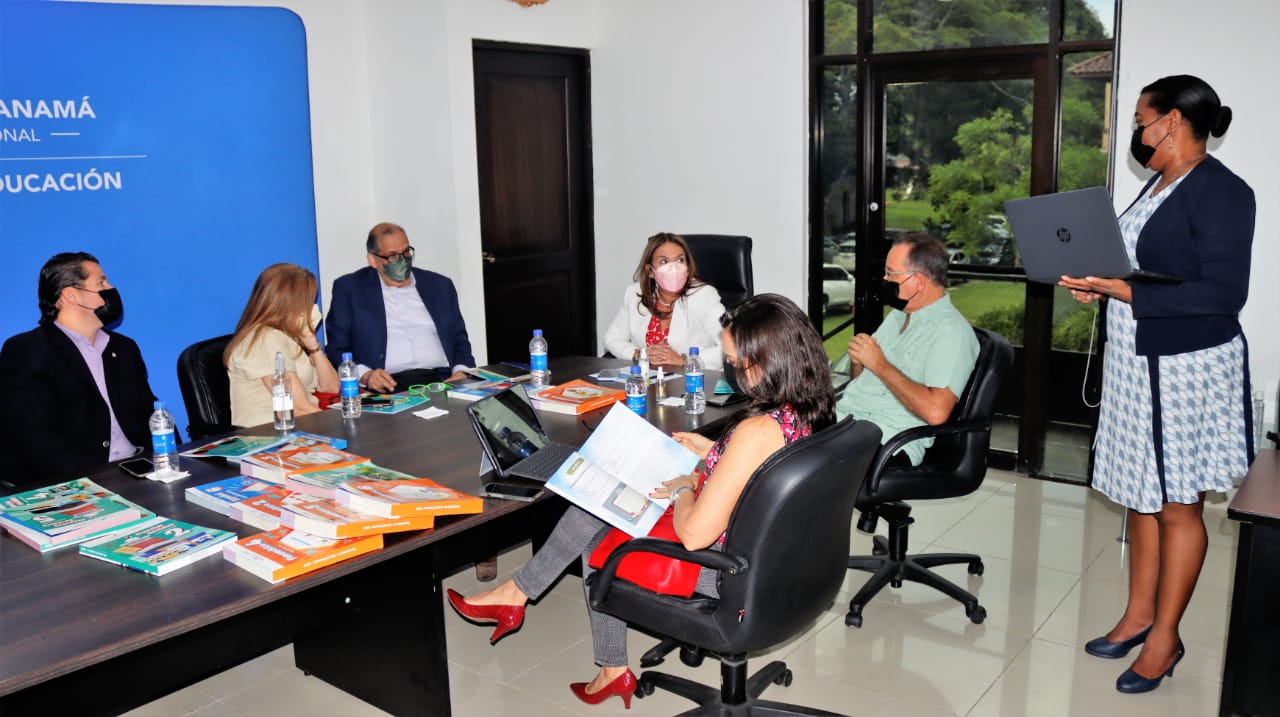 A second information session was held by the Board of Directors of the National Council of Private Enterprise (CoNEP), chaired by Rubén M. Castillo Gill, who was accompanied by other representatives of the business group, on behalf of the Ministry of Education, an entity that provided them with information of the work it carries out focused on children and youth in all educational centers in the country.

According to a Meduca press release, “after a meeting with the Minister of Education, Maruja Gorday de Villalobos, and her work team, Castillo and other members of the CoNEP, considered it important to know in detail the current situation of the educational sector and schools, after its opening in March. They stressed that the work done virtually in two years of the pandemic is surprising, but the important thing now is to keep students in the classroom and support the education sector in this action, which is very positive.”

According to the official communication, “the minister explained the progress made in different areas such as infrastructure, the CON Escuelas program, educational plans, the Ester platform and the mitigation of Covid-19. She emphasized the improvements made to schools, the installation of drinking water, the progress made in the eradication of ranch schools and the installation of modular classrooms in the Guna Yala and Ngäbe Buglé comarcas”.

“Regarding the learning recovery plan, an ecosystem of tools was developed, in conjunction with the curricular areas, to support and accompany, in a timely manner, teachers and schools in the process of returning to face-to-face classes and recovery of learning during the pandemic, the educational authorities explained,” added the note.

The minister pointed out that, “a series of tools were introduced on the Ester platform that favor autonomous learning and record the traceability of the student’s progress, which helps to monitor both the educator and establish goals for the students.”

Likewise, “at the meeting, the delivery of 43,800 guidance and training guides on sexuality and affectivity education for facilitators and teachers was reported. The timely delivery of the items corresponding to the Fund for Equity and Quality of Education (FECE), whose deposits amount to 81.3 million balboas, was highlighted.

On the other hand, it was explained that “the second phase of the Study Without Hunger program is carried out in 273 educational centers of the Beehive Plan. In socio-emotional aspects, the socio-emotional support guides were directed to all sectors of the educational community and 56 life skills development guides were delivered to students with intellectual hearing disabilities, which includes schoolchildren from the IPHE educational programs. ”.

The meeting also had the participation of Ricardo Sánchez, Deputy Minister of Infrastructure in Education, and by the CoNEP, the adviser of the Chamber of Commerce, Julio Vidal, Nivia Rossana Castrellón and Adriana Angarita.