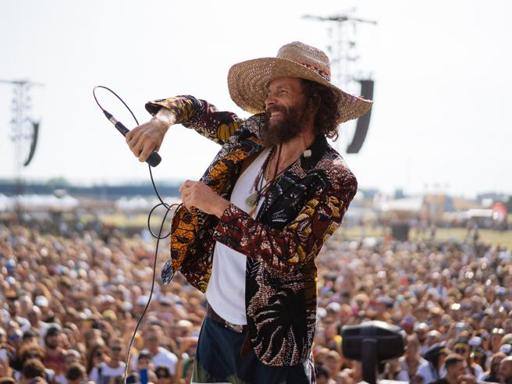 The letter to Jovanotti: “A new dune ecosystem to protect on the Muraglione beach”

The Jova Beach Party continues amidst controversy. After the case of the 17 illegal workers, the denials and the singer’s response, from Tuscany there are those who ask him (so as not to damage the environment) to move his concert in Viareggio away from the beach, looking for an alternative solution. It is not the first time this has happened and Jovanotti had already firmly replied through his social networks: «The Jova Beach Party does not endanger any ecosystem. We do not devastate anything, indeed we do not just clean up the beachesbut we bring them to a better level than they were before. The Jova Beach is not a greenwash project, it is a word that makes me shit as it makes me sick who pronounces it because it is a fake worda hashtag and you know where you can put the hashtags there ».

The letter from the Young Green Europeanists of Tuscany

The stage of the Jova Beach Party in Viareggio is expected for the first weekend of September (already sold out at the end of June) and, in line with the debate of the last few days, the request to find another location for the concert organized at the Muraglione beach. «We join with those who have already asked you to find an alternative solution for your concerts on the beach. We refer in particular to the concert scheduled on Muraglione beach, in Viareggio – they write in their letter addressed to Lorenzo Jovanotti i Young Green Europeanists from Tuscany -. On that beach, during the lockdown, some pioneer plants have returned to settle, which if allowed to flourish will give rise to a new dune ecosystem, the one that on the Versilia coast we have destroyed almost in its entirety. This ecosystem and these dynamics would be jeopardized by your concert on the beach. Think about how much your image would gain from an ecological point of view. If you really wanted to change your mind – they continue in the letter – we would be at your complete disposal to relaunch this message of consideration and care for nature ».

See also  The stars are in the sky, a concert to remember Alberto Fortuni

Jovanotti: “You are only Eco-Nazis”

But Jovanotti had substantially already anticipated the answer to this letter in his latest direct Instagram: «Come and check, don’t shoot shit, there are all the tools to check. My audience is fantastic and has a high conscience about the environment. Eco-Nazis who are nothing else, continue to attract attention to you, it’s your business. I tell you that this is a very well done project, which speaks of sustainability objectives and which achieves those that it is able to achieve with the tools available “.

If you want to stay updated on the news of Florence, subscribe to the Corriere Fiorentino newsletter for free. It arrives every day straight to your inbox at 12 noon. Just click here