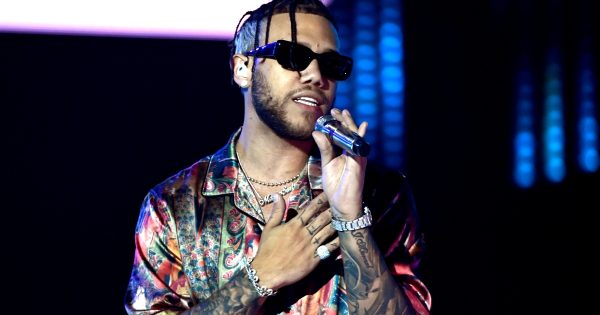 Bad news was released this Tuesday for fans of reggaeton singer Jhay Cortez. This is because the artist canceled two of the three concerts that he had scheduled for Chile during the month of October.

These are the shows scheduled for October 4 at the Municipal Gym of Concepción and October 6 at the Movistar Arena. Which, according to the statement from the official producers of the event, is due to logistical reasons.

Why did Jhay Cortez cancel two of his three concerts?

“We regret to inform you that the Jhay Cortez shows, scheduled for October 4 at the Municipal Gym of Concepción and October 6 at Movistar Arena, cannot be held for strictly logistical reasons,” the statement begins.

“Jhay Cortez’s team together with the event’s organizing producer regret any inconvenience this cancellation may cause,” the producer concludes.

In any case, it is worth mentioning that the concert scheduled for the Gran Arena Monticello on October 7 is still valid. So fans will be able to enjoy the hits of the exponent of the urban genre anyway.

While tickets for the show can be purchased at Topticket.cl, and their prices start at $49,450. In the towns Platea Joker Alta, Platea Pica Alta and Platea Trébol Alta.

According to the statement, the money from the tickets will be returned in full as of Friday, September 23. So the purchase orders will be automatically returned.

Meanwhile, the money will be returned according to the same form of payment by which the purchase was made. So you don’t need to contact them.

The reversal of the money will be made within a maximum period of 25 business days from the time the Customer Service department informs of the return process.