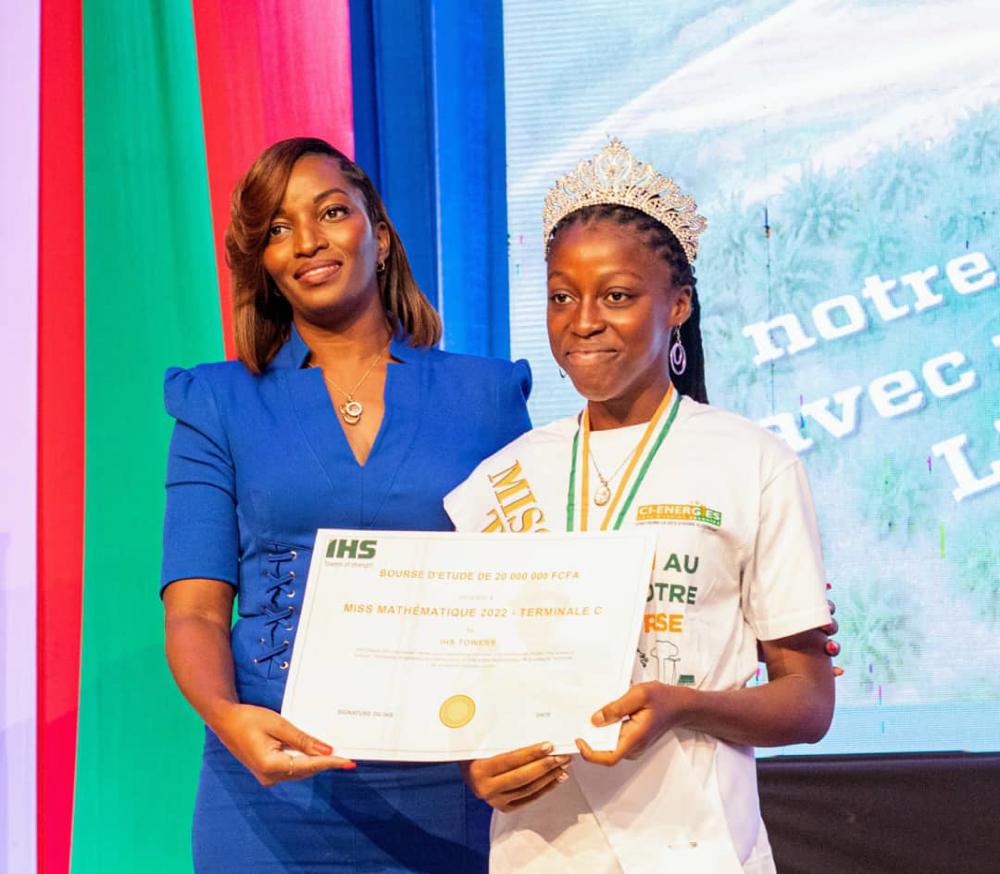 The winner of Miss Mathematics 2022, Roxane Miessan received a scholarship worth 20 million FCFA, this Thursday, August 4, 2022, at the Palais de la Culture, during the award ceremony of the competition organized by the Mathematical Society from Ivory Coast

This scholarship was offered by IHS Towers Côte d’Ivoire, a leader in the provision of telecommunications infrastructure, led by Ivorian Fatim Cissé.

“Through this important gesture, IHS Towers Côte d’Ivoire, one of the leaders in the provision of telecommunications infrastructure and 4e largest independent multinational tower company in the world, celebrates excellence in young girls,” says an information note consulted by Abidjan.net.

Placed under the patronage of Mr. Yacouba Hien Sié, Director General of the Autonomous Port of Abidjan, this ceremony also saw the participation of the Minister Mariatou Koné, and partner structures such as SODECI and SUNU Assurances.

Initiated by the Mathematical Society of Côte d’Ivoire chaired by Prof. Saliou Touré, the Miss Mathematics Competition aims to encourage young girls to orient themselves more towards scientific series, especially maths, in order to fully play their role in the development of the country.

The winner of this edition Miessan Roxanne comes from the high school of excellence Alassane Ouattara in Grand-Bassam.


See also  Student exchange - an experience that will shape your life - MuW-Nachrichten.de