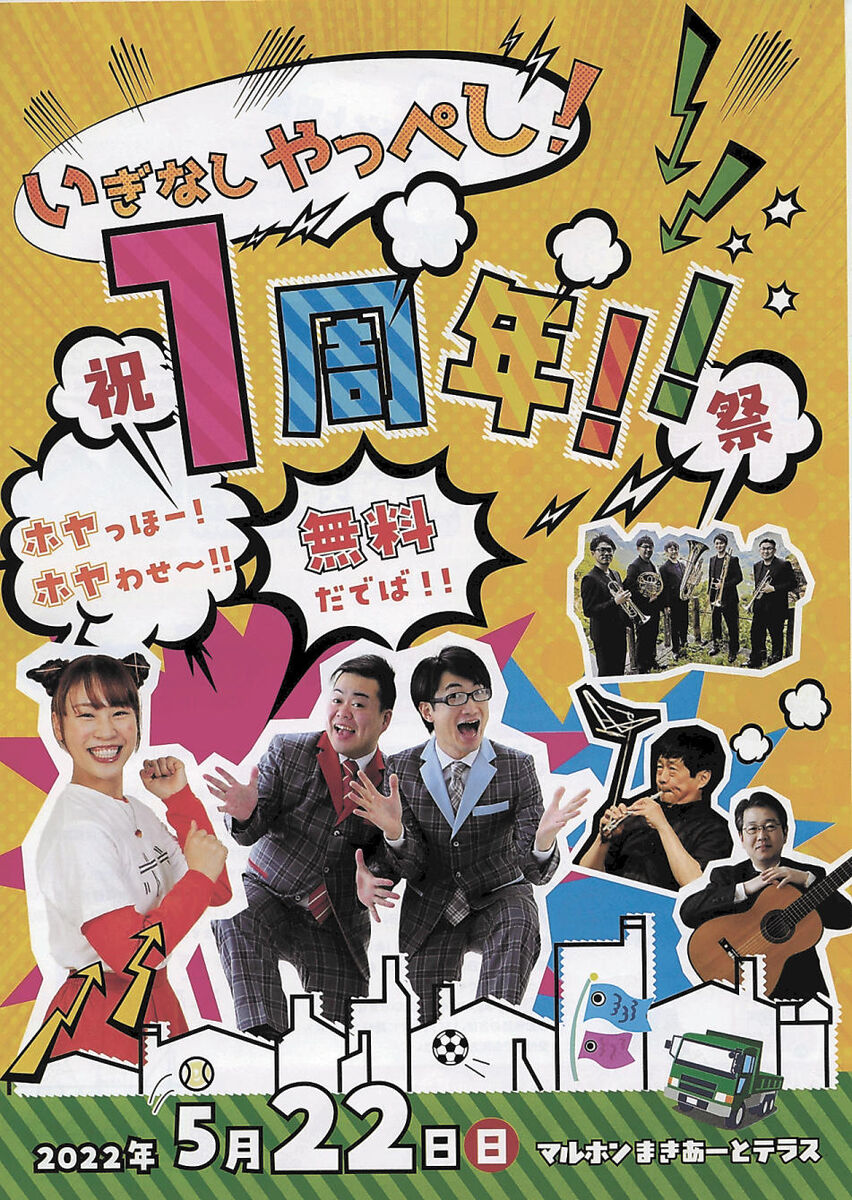 An event celebrating the first anniversary of the opening of the city complex cultural facility (MakiArt Terrace) in Kaisei, Ishinomaki City will be held locally on the 22nd. Sponsored by the Ishinomaki City Arts and Culture Promotion Foundation, the designated manager, various events will be held in the hall and outdoor parking lot.

Open at 9 am on the day. In the small hall, a concert by Toru Kamiya, a player of “straw flute”, will be held from 10:30 pm, and at 0:30 pm, Moe, a singer-songwriter in Ishinomaki City who is active as a squirt idol “Hoyadol”, will give a “Children’s Life Consultation”. Perform “Room & Live”.

From 3:00 pm, there will be a concert (small hall) by the comedy combination “Needle” (GAKIO, Masahito Ito) from Higashi Matsushima City and the Yamagata Symphony Orchestra group “The Brass 5”. From 5:30, guitarist Koichi Moezuka from Ishinomaki will perform in the large hall and decorate the finale.

Plans for children are held in the parking lot during the day. From 9:30 am, there will be a “lifting championship deciding match” for elementary school students, and at 11:30 am, a tug-of-war tournament will be held for children and their parents in a team.

In the afternoon, we will hold a baseball “fastball champion deciding match” divided into upper elementary school and junior high school students, and a “screaming contest” that shouts words of gratitude and dissatisfaction that we have on a daily basis.

Advance application is required for lifting and fastball championship. Apply by the 20th at the window of the city complex cultural facility or by phone.

The city complex cultural facility opened on April 1, last year. At the end of March this year, as a commemorative project for the opening of the museum, there was also a “Kyogen World” by Mansaku Nomura, a living national treasure Kyogen master.

An official of the City Arts and Culture Foundation said, “I want you to have an attachment to the facility through the commemorative event. In the second year of the opening, we will disseminate information more than ever and lead to an increase in the number of visitors.”