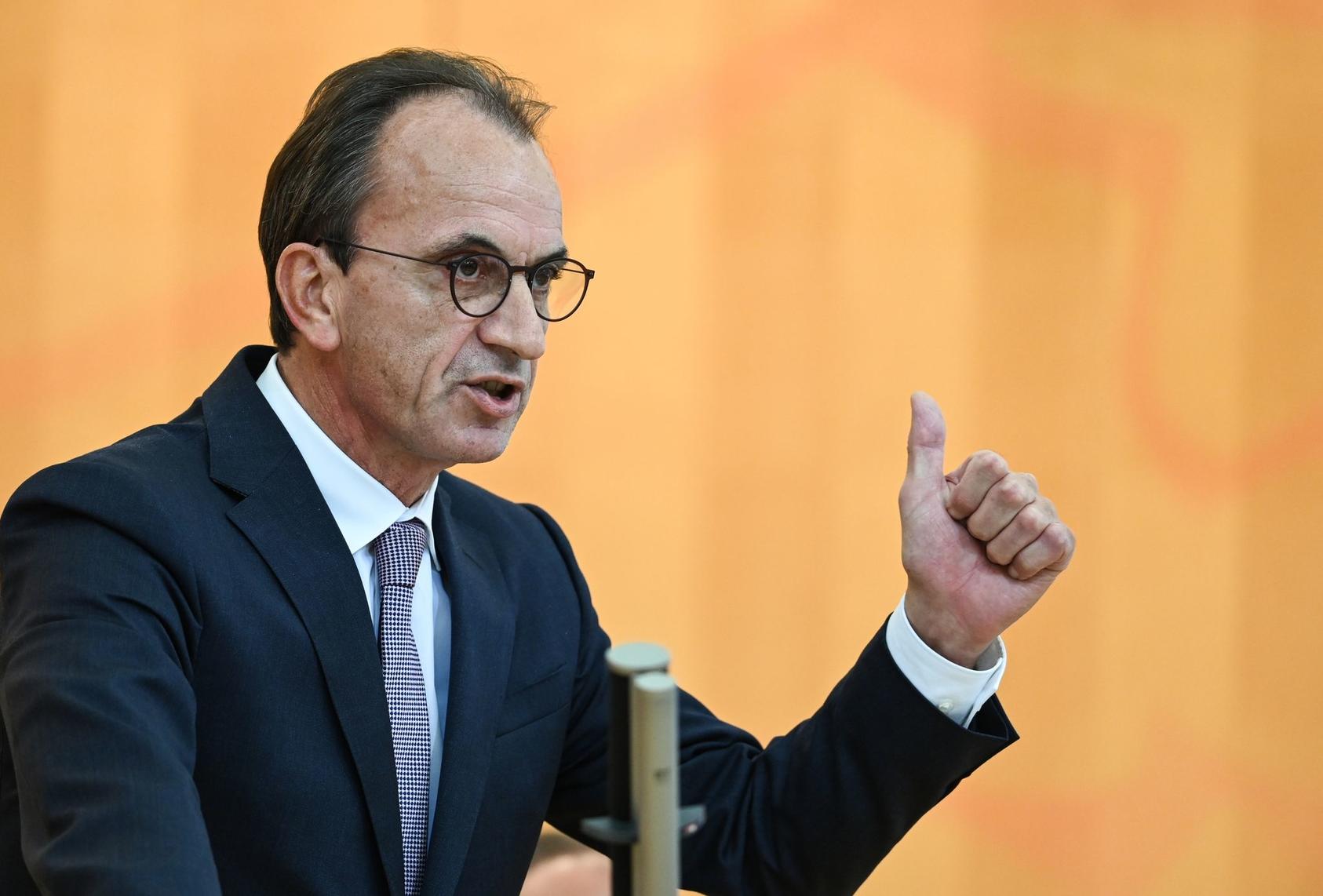 At the beginning of next year, the 2023/24 double budget is to be passed in the Hessian state parliament. The black-green government wants to create more jobs in the judiciary and schools. However, the coalition’s plans do not go far enough for the opposition.

The dual budget of the Hessian state government focuses on spending on climate protection, education, the judiciary, the police and hospitals. The black-green coalition will do everything necessary to deal with the current crises, but also make targeted investments, said Prime Minister Boris Rhein (CDU) on Friday in Wiesbaden at the presentation of the draft for the 2023/24 double budget.

The state government does not want to incur any new debt in the next two years. For the year 2024 there are even plans to repay 110 million euros of old debts, the head of government announced. However, the possible financial consequences for Hesse as a result of the federal government’s third relief package are not yet reflected in the draft budget. Too many details are still unclear, and negotiations with the federal government on cost allocation are still pending.

The state wants to provide 1.8 billion euros in its double budget for climate protection. There should be around 4,000 new jobs in Hessen’s schools. In addition, according to the CDU politician, more than 500 new jobs for the judiciary and police are planned. The coalition also wants to use one billion euros for the country’s hospitals and additional money for care. 600 million euros are earmarked for digitization and further efforts for civil protection.

For the first time, investments in the state budget exceeded three billion euros, explained Finance Minister Michael Boddenberg (CDU). This applies to both years of the double household. Despite all the imponderables of the current situation, the goal of the state government must remain to enable all aid and support measures within the debt brake.

Economics Minister Tarek Al-Wazir (Greens) also referred to the planned social summit at the end of next week to deal with the consequences of the energy crisis caused by the Russian war of aggression against Ukraine: For us it is absolutely clear: we must and will do everything necessary to prevent anyone to leave out in the rain.

With the double budget, Hesse is well prepared for the current crises and for important future issues, emphasized the Minister of Finance. Boddenberg wants to present the budget draft of the black-green state government in October in the Hessian state parliament. The adoption of the double budget is scheduled for the beginning of next year.

The Hessian economy supports the plan of the state government not to take on any new debts in the state budget in the years 2023 and 2024. Despite all the uncertainties caused by the energy crisis and the threat of recession, it is a good sign of stability that the CDU and the Greens are planning to comply with the debt brake again, explained Dirk Pollert, General Manager of the Association of Hessian Business Associations.

The FDP parliamentary group, on the other hand, spoke of an unimaginative budget that did not meet the needs of the people. Financial expert Marion Schardt-Sauer warned that a two-year double budget is not a suitable instrument in times of crisis to get Hesse through the energy crisis.

In view of the massive increase in energy costs and the uncertain political and economic situation, the black-green coalition should observe spending discipline, explained AfD budget expert Erich Heidkamp.

The budget draft is completely unsuitable for mastering the many crises and their social consequences for the people in Hesse, criticized the chairman of the left-wing faction, Jan Schalauske. It is completely incomprehensible why the state government is sticking to the debt brake. This is an investment brake.

The Hessian DGB chairman Michael Rudolph also criticized the coalition’s adherence to the debt brake. That doesn’t promote trust. Instead, it is a clear sign that the state government obviously does not want to show any willingness to act for necessary investments.