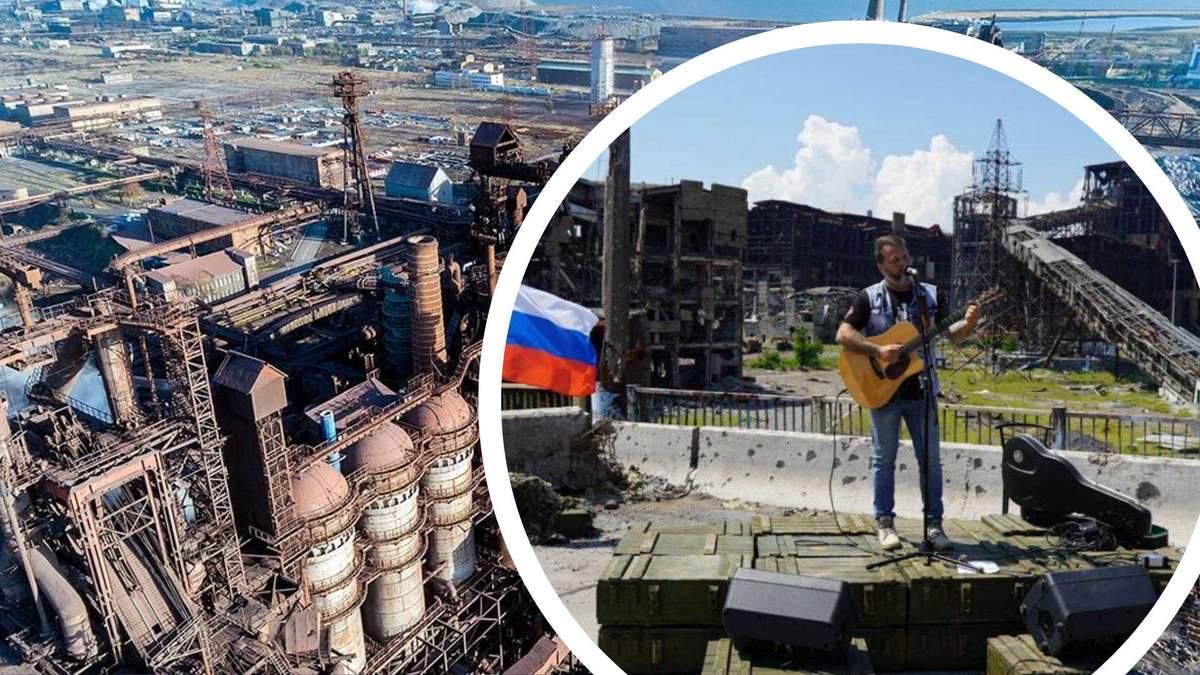 This is reported by local media. It is noted that the concert was organized on the territory of the destroyed Azovstal plant, where Ukrainians were killed.

To the topic We slept under 6 blankets, – Oksana from Mariupol about life in the blockade and avoiding filtering

The action was organized for the invaders and pseudo-volunteers. One guitarist performed on an impromptu stage made of boxes against the backdrop of the ruins.

Earlier, local residents who remained in the occupied Mariupol reported about the “rock concert” at Azovstal. The invaders announced the date – August 4th. Such plans were reported by the pseudo-republics and the Young Guard of United Russia.

the Russians came up with a “concept” for the development of Mariupol. They want to integrate the city into a pseudo-republic.

According to the “development plan”, the occupiers want Mariupol to have 200 thousand people by 2025 (until July 24, about half a million people lived there). The Russians devoted a separate section of the strategy to Azovstal. They want to fill the underground part of the plant with rubbish.

Note In Mariupol, the invaders created a “catalog of death” with thousands of photos of those buried in mass graves

There are no medicines in occupied Mariupol. In particular, the situation is critical with insulin. According to the mayor’s adviser Pyotr Andryushchenko, there is one endocrinologist for the whole village.

The doctor comes from the occupied Donetsk. You can get Russian insulin from him. People stand in a long queue for medicine.