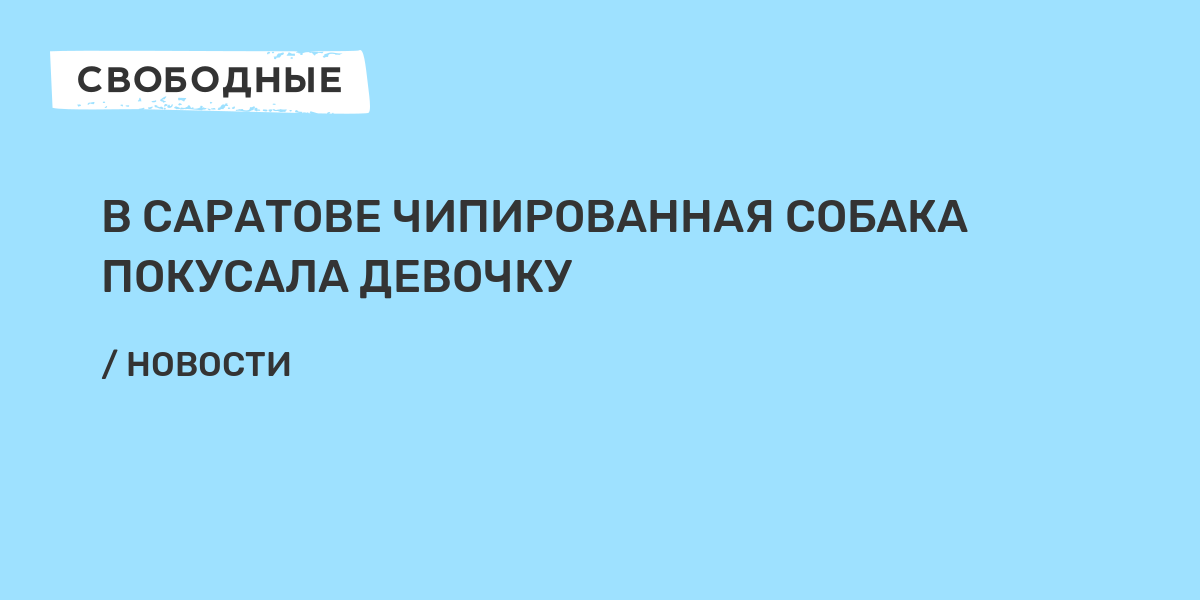 In the Zavodskoy district of Saratov, a stray dog ​​attacked a child. This was announced today, August 5, in the Factory Online VKontakte group by the mother of the child, Olga Mirkulova.

The Saratov resident clarified that the animal had bitten her daughter last night at the trash bin next to the house on 2nd Proletarka. The woman noted that the dog had a tag in its ear (it had already been caught and spayed).

“The child has a fright and a torn dress, I have pressure … Dogs with a clip in their ear, but their teeth are so bad, they have aggression … Where should I go to have the dogs removed from the yard? Both day and night there is barking, ”wrote the indignant city dweller.