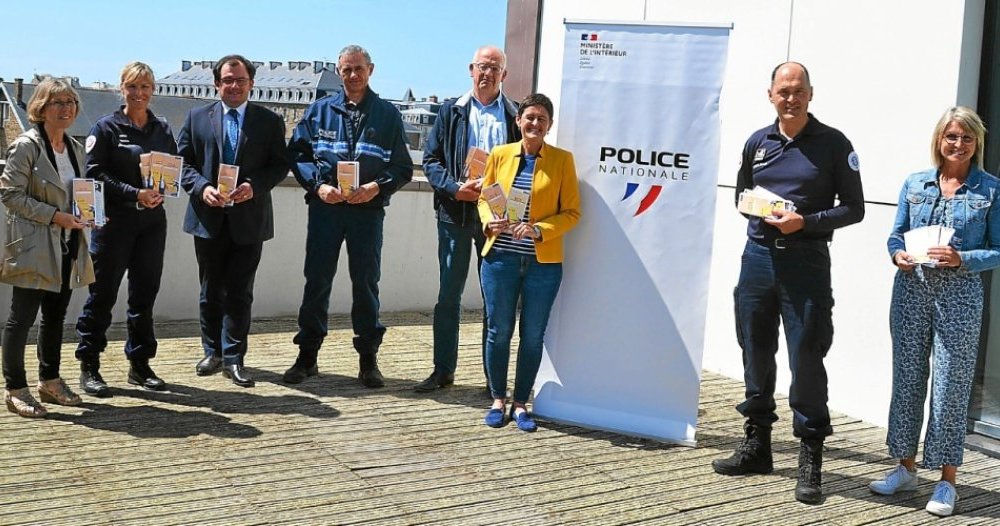 “Screens and social networks, parents be vigilant! » National police, City and teachers worked together to publish a flyer alerting parents to the dangers of misusing the networks.

No question of demonizing them. But alert the parents of children and teenagers to abuses that can ruin their lives. 15,000 flyers, laid out by the City, will be published for schools in Saint-Malo, Dinard and La Richardais.

A third of CPs have a laptop

Sandrine (the name has been preserved) is a police, security and school correspondent, and does a lot of coordination and prevention work with students on the proper use of digital technology, addictive behavior, living well together, in primary or secondary school. “In CP, a third of the students have a laptop and very early on, the parents install TikTok on their child’s smartphone, testifies the policewoman. The application leads to an addiction of videos”.

Mobile phones (and therefore networks) are being used earlier and earlier. And the flyer lists the sexual, financial, psychological and physical, social risks that their excessive use can entail.

“We provide advice to reassure parents who are often overwhelmed because children master social networks better than they do,” says Guillaume Catherine, the police commissioner.

“This flyer is of great interest, says Éric Vitasse, the principal of Duguay-Trouin college. Because it takes prevention and treatment into account.” “A great project and a great achievement in our perspective of education in discernment,” adds Amaury Noslier, director of the Sainte-Marie college, at La Richardais, and coordinator of Catholic education in the country of Saint-Malo.