Skip to content
The pedigree dog wandered the streets and eventually came for help to the staff of the Novosibirsk Center for Pet Problems (NTSPDZH) for help. The dog has serious vision problems. The municipal service announced the collection of funds for the operation and the search for new owners.

The purebred dog Manya was adopted by accident – the Central Asian Shepherd Dog itself came to the doorstep of the NTSPDZH. According to employees, the dog is a little over two years old – it has spent most of its life on the street.

“She herself came to the territory of the NCPJ, and ran straight into the fenced area. The workers saw her and lured her. She was very dirty after the rain, long wanderings down the street, very thin. The dog was drooling and had red eyes – one of the visitors even asked: “Is this a mad dog?” Perhaps that is why she was not caught earlier. Apparently, people were afraid “, – tells Sibkray.ru Center employee Tatiana Kravchenko.

The sheepdog was immediately registered, washed, fattened and taken to the veterinarians. Mani’s main problem is her terribly red eyes, which scare others away from her.

“Her eyes were treated, but the cause of the inflammation itself, of course, was not removed. This must be eliminated in the clinic by an ophthalmologist. She has an eversion of the century. Because of this, dirt, sticks, sawdust constantly get there – hence the constant inflammation of the eyelid. This all leads to sad consequences – she may even lose her eyesight. “, – says Tatiana. 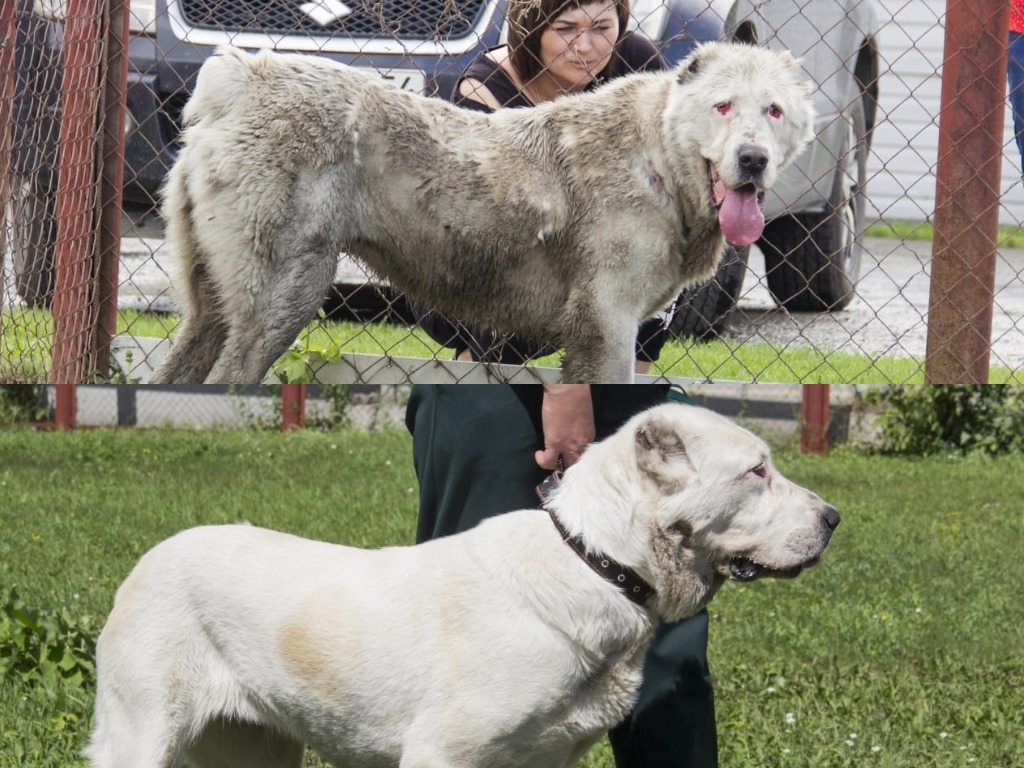 The operation requires about 18-20 thousand rubles. The collection was organized by the “Mitten” charitable foundation.

The NCPJ also asks to respond to those who are ready to become a new owner for Mani.

“She is contact, loving. It may be big, but it is straight Maaan, – holds out Tatiana Kravchenko. – She is slobbering, big and kind, like the polar bear Umka. Manya is a good-natured person, does not aggro at anyone, although she requires education. She has the sweetest character. “

Now Manya is under control in the municipal center. She gets along well with people and other animals, easily comes into contact. The dog can become even happier when he is completely cured and finds his man. 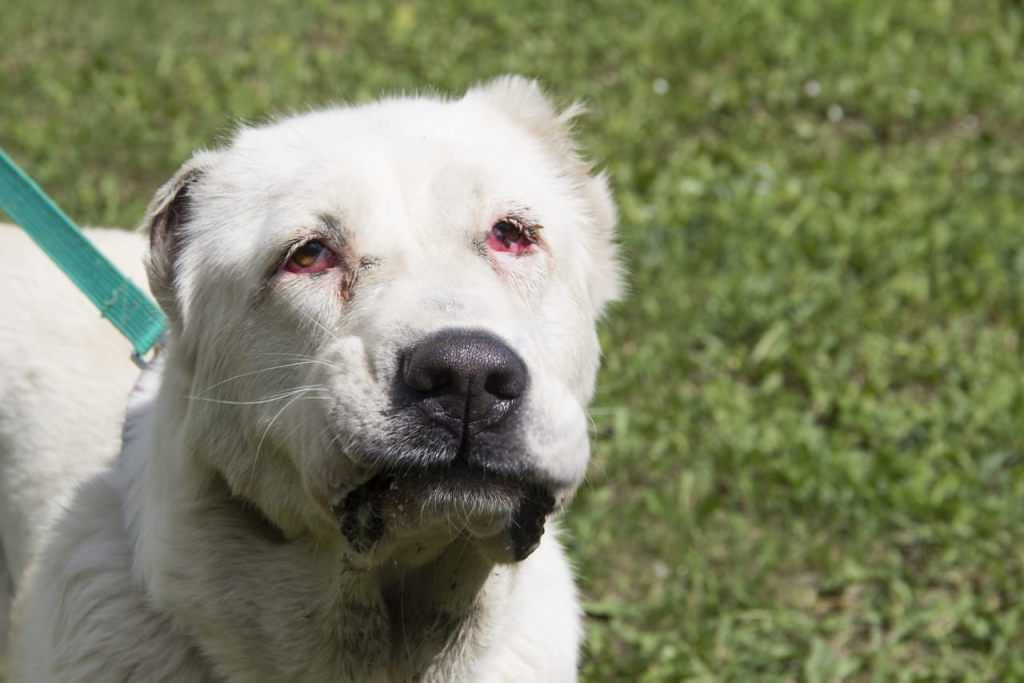 If you are ready to help the animal, you can transfer any amount using the following details: