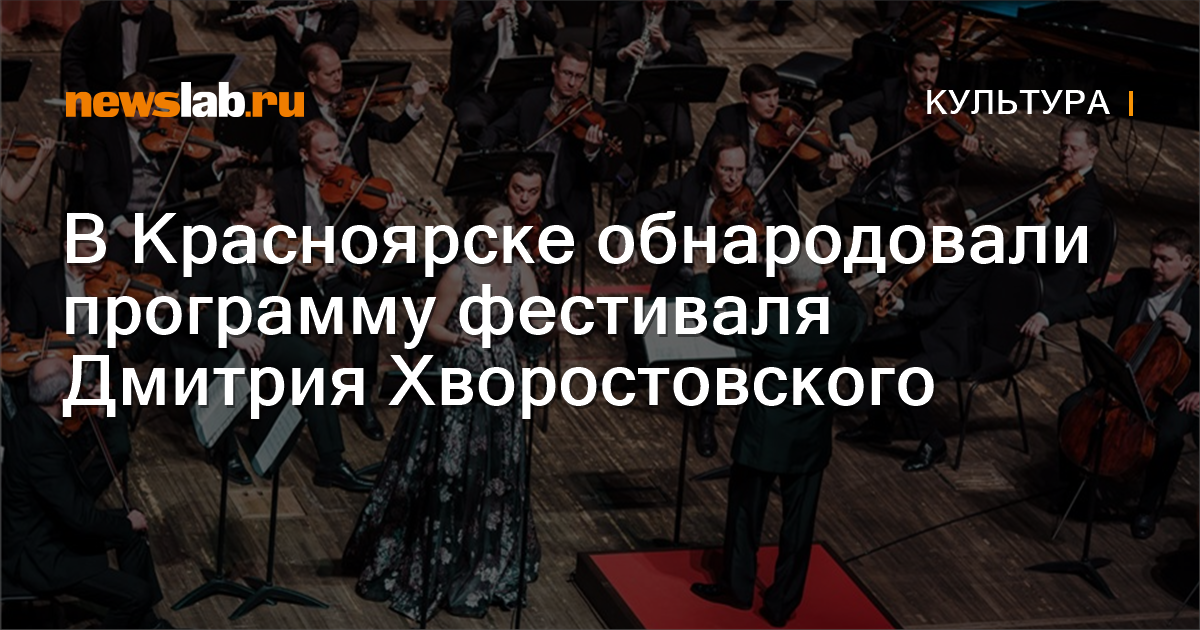 In Krasnoyarsk, the Dmitri Hvorostovsky festival is being prepared for the opening. This year it will be held from 8 to 23 October.

On opening day October 8 nand the world-renowned bass and friend of Dmitri Hvorostovsky Ildar Abdrazakov will perform on the stage of the Great Hall of the Regional Philharmonic. Soloists of the Krasnoyarsk State Opera and Ballet Theater named after D.A. Hvorostovsky soprano Anna Avakyan and baritone Sevastyan Martynyuk. This concert will open the traditional festival cycle “The Best Voices of the World”.

From 10 to 23 October in the Great Hall of the House of Cinema, film versions of the performances and concerts of the Dmitry Hvorostovsky Festival 2021 will be shown. Written by A&A Worldwide and directed by Anais Spiro.

October 13 The cycle “The Best Voices of the World” will continue with a vocal evening by Albina Shagimuratova. Tenor Mikhail Pirogov will perform with her. At the podium of the Krasnoyarsk Academic Symphony Orchestra is Eduard Topchyan, Chief Conductor of the National Philharmonic Orchestra of Armenia.

October 15 mezzo-soprano Yulia Gertseva and pianist Christian Koch invite soloist of the Krasnoyarsk Opera and Ballet Theater Sevastyan Martynyuk (baritone) to participate in the second concert of the series.

October 16 – on the birthday of Dmitry Hvorostovsky – the festival will present a grand gala concert with the participation of the Krasnoyarsk Academic Symphony Orchestra and conductor Eduard Topchyan.

See also  In Quévy, the Chant d'Éole continues its success story: weddings in the vineyards, concerts and corporate events will be on the menu

The 20th of October a gala concert will be held with the participation of the leading soloists and soloists of the opera companies of the Bolshoi Theater of Russia, the Moscow Musical Theatre, the Krasnoyarsk Opera and Ballet Theatre, the National Academic Opera and Ballet Theater in Yerevan, etc. – Anna Nechaeva, Anna Avakyan, Irina Vashchenko, Daria Ryabinko, David Babayants and Mikhail Pirogov. Yulia Gertseva and Rauf Timergazin will also perform in the concert.

22 of October Valery Gergiev and the Mariinsky Theater Symphony Orchestra will perform for the first time.

The festival will end October 23 concert of Dinara Aliyeva. The prima donna of the Bolshoi Theater of Russia will perform for the first time at the Dmitry Hvorostovsky Festival – in addition to the fact that the singer had close creative relations with Dmitry Hvorostovsky, in 2017 and 2018 Dinara Aliyeva performed in St. Petersburg and Moscow with concerts dedicated to the memory of the outstanding Russian baritone.