In Idlib, “the coronarivus seems little to the Syrians next to what they have known” 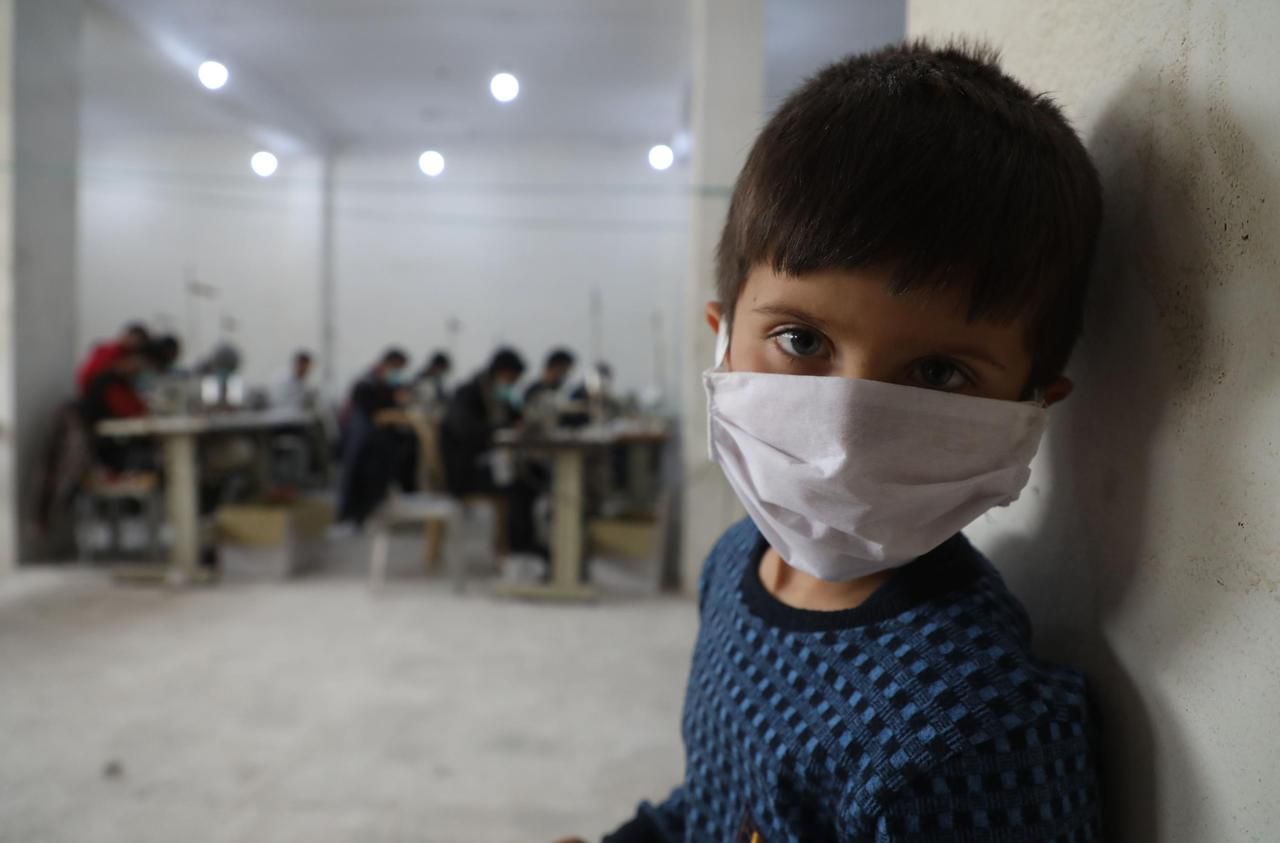 Issam (the first name has been changed) arrived in Idlib two years ago. He previously lived in La Goutha, the great suburb of Damascus rebellious to the regime of Bashar Al-Assad. Today he works as a coordinator in a local NGO whose activity consists mainly in providing food aid to the population of the Idlib region.

As large as the Creuse, this territory, located in north-west Syria and controlled mainly by jihadist militias, has seen its population, estimated today at nearly 3 million inhabitants, grow with the influx of refugees fleeing the advance of Damascus troops. Just a month ago, international opinion was alarmed by the humanitarian situation in this territory under fire from an offensive by the Syrian regime. What about today when the world, overtaken by the coronavirus epidemic, has turned its eyes?

What are the population’s emergency needs?

ISSAM. The last offensives launched from December by the Russians and the regime’s forces have seen thousands of people ebb, whose obsession today is to find a shelter to shelter from the cold and the rain. The other emergency for these families is of course to find food. These people have lost their jobs and very often live far below the poverty line. Half of them live in tents, the only makeshift shelters they have been able to find since the rentals of the few available accommodation are overpriced.

Are there many children in the area?

The children are very numerous and represent perhaps half of the population. They are no longer in school. I see many who roam the streets and beg, it’s catastrophic.

How do the Syrians of Idlib manage to survive?

It is very difficult because the Idlib region is a poor province, mainly agricultural. People need the help of NGOs to survive, but that is not enough, especially since most of the large humanitarian associations have left, have reduced their activities after the military offensives at the start of the year, or have folded for some in Turkey. Here everything is lacking and people had to look for ways to fight the cold by burning everything they could find to heat their tents. Families thus suffocated during their sleep. Finding drinking water is also a big problem because the Idlib region has few water resources. So people buy bottles of often polluted water and children get sick.

Many hospitals and dispensaries were destroyed by targeted bombing by the Russian air force. What remains as health infrastructure?

The regime bombed most hospitals, clinics, essential equipment for emergencies such as paramedics. A health official for northern Syria said he was very worried about the possible spread of the coronavirus because the lack of hospital beds is immense.

Where are the fights?

The situation is precarious. In recent weeks, the Russian air force has generally stopped bombing, but the artillery of the Damascus forces remains in action in areas that have been evacuated. There are currently no skirmishes with the fighters defending the area. There are still deaths but fewer than before.

What role do the Turks play?

They are still present in the North, especially in Afrîn (Editor’s note: city once administered by the Kurds but passed under control of Turkey during the “Olive branch” offensive of January 8, 2018). Agreements between Russia and Turkey provided for joint patrols near Idlib on a section of the M5 motorway connecting Damascus to Aleppo. However, the population has organized demonstrations on this highway to protest against these agreements and since then only Turkish soldiers have continued to patrol.

Given the very precarious sanitary conditions, do you fear epidemics, especially that of the coronavirus?

Yes of course we fear epidemics, especially the coronavirus, because people do not take the seriousness of Covid-19 seriously. Passers-by come and go in the streets without care and many children whose schools are closed hang out. The problem is that there is no power in Idlib to impose protective measures against the virus. So people do as they please.

Are there any reported cases of coronavirus?

Four cases were suspected two weeks ago in the Atma refugee camp. But the tests that were sent to Turkey turned out to be negative. So for the moment there are no officially reported cases in northern Syria, Idlib and other areas controlled by the Turks. However, we are afraid of being affected in turn.

How does the population manage to endure all the difficulties and tragedies they have already gone through?

This population lived through an atrocious war waged with chemical weapons, it was bombed and suffered from cold and hunger. People are desperate and have lost confidence in the international community. Besides what they have experienced, the coronavirus seems to them little!

Share
Facebook
Twitter
Pinterest
WhatsApp
Previous articleCoronavirus: the trail of a vaccine made from tobacco leaves
Next articleThese are roadside restaurants serving takeaways to carriers
Save 60.0% on select products from SAMMIX with promo code 6018YMV7, through 4/25 while supplies last.