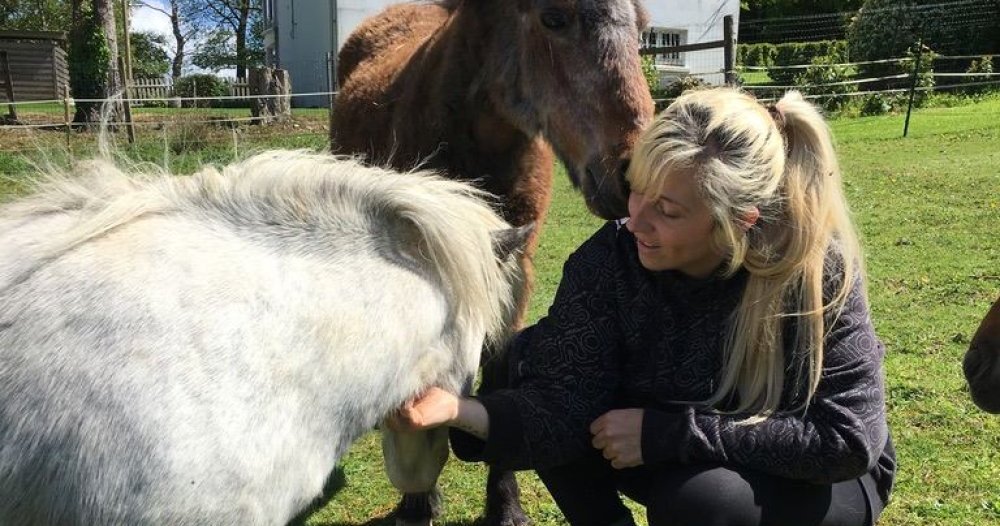 Her mother had been living in France for twenty-two years when Laura Kling chose to leave Frankfurt and Germany to settle in Callac. It was in 2013. The young woman, now 35, discovered life in the countryside and above all, animals. “Pigs, cows, sheep, I who had always lived in big cities in Germany, I had never seen that”, says the one who has become a vegetarian “because it is not possible for me to do die an animal to eat. »

“Whether they are old, blind, deaf, sick…”

In 2018, the German set up an association for the rescue of animals, The Green Valley Brittany (the Green Valley of Brittany). While the body of a dead dog was discovered in the Trieux, attached to a cinder block by its leash, she wishes to recall that this association collects all animals that have become undesirable, without any criteria and without any cost of care.

“Whether they are old, blind, deaf, sick or have behavioral problems, we welcome all animals and we take care of finding them a family as soon as possible, with a minimum of time in a foster family. because it is stressful for them to change masters… And each time, we succeed! “, welcomes the one who lives with a donkey, two horses, four dogs, a dozen cats, 32 hens, birds and ducks.

Around the animal cause, Laura Kling has brought together many inhabitants of the territory, and especially residents of foreign nationality: English, Germans but also Dutch, “who are perhaps more inclined to adopt ‘difficult’ animals” .

In four years, The Green Valley has saved nearly 700 animals of all kinds. It operates without subsidies, through operations to collect donations.

See also  "Today's animal parks are no longer those of our childhood": immersed in Pairi Daiza