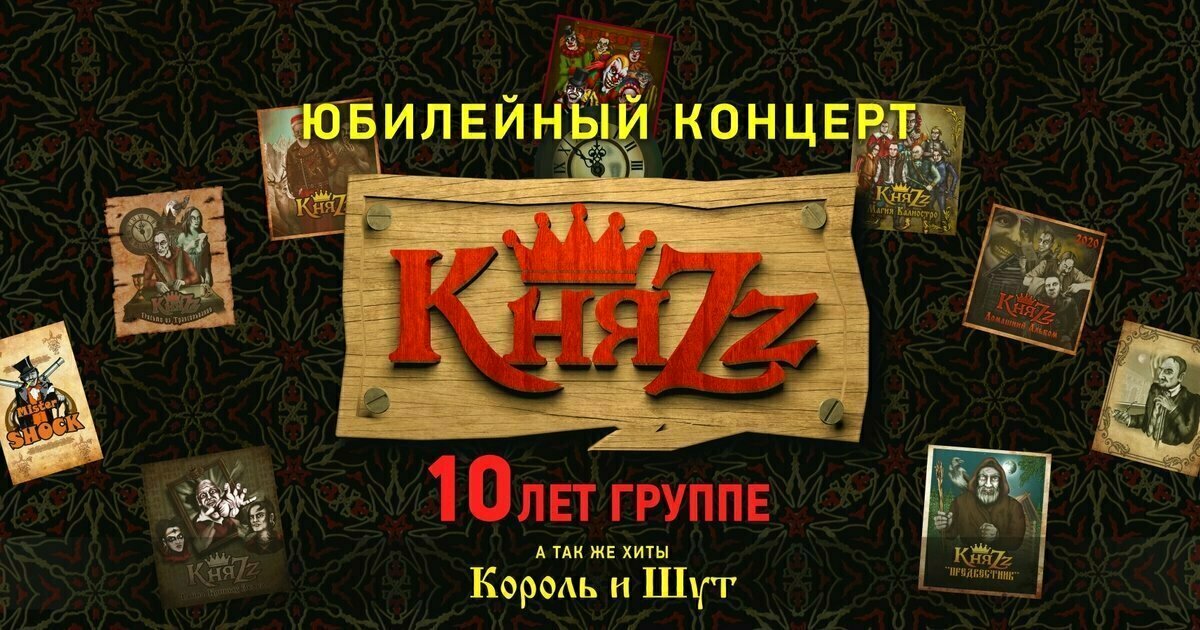 During the existence of the musicians presented seven albums and are preparing to release a new disc. “The team sets itself the task of not only writing new songs, but also giving life to the old ones that appeared in the days of their youth,” says the leader of the group.

The main hits of the “King and the Jester” will be heard from the stage, including “Rum”, “The Sorcerer’s Doll”, “I’ll Jump from the Rock” and author’s compositions.

Andrey Knyazev himself designs albums and scenery for performances. The creator of the group prepared video installations based on his songs, immersing the audience in the atmosphere of music and its characters.

The concert will start at 19:30. Buy tickets without commission at Klops Afisha.