Zhodinets Igor painfully experienced the death of his wife from a serious illness. Salvation for himself was the appearance of a stray dog ​​in his life. This story is about how two loneliness helped each other survive.

“A kind dog that looks like a formidable bear”

A homeless one-year-old dog lived at a construction site in Borisov in a pack of dogs. Local volunteers noticed that the dog’s place in the dog hierarchy was unenviable, his fellows were spreading rot in earnest. And they decided that the dog should be rescued. So Mishka ended up in the Zhodino “Nepriyut”.

– A young black dog of a dense build with a white shirt-front on the chest caused an association with a grizzly bear. So the kindest dog in the world, like a bear of a very formidable breed, became Mishka, – volunteers told EX-PRESS.BY.

But in “Nepriyut” the dogs offended Mishka, and the volunteers had to move him … to the cats.

Igor is a native of Zhodino. He worked as a chief accountant in commercial firms, then in a Minsk bank. About 10 years ago Igor’s wife fell ill … They fought against cancer with all possible methods, but the disease progressed. As soon as the deadline came, Igor retired to spend more time with his wife, but they only managed to be really alone for one year and two months … When his wife was gone, the meaning of life for Igor was lost.

– I felt like an orphan, it was just a disaster, – Igor tells EX-PRESS.BY.

He was looking for something to do with himself, thinking about different things: about life in a monastery, and … about suicide, but the thought that “if you settle scores, then in that life you will never meet your wife” stopped him.

Good advice from the internet

Once Igor read on the Web a piece of advice for people who survived a tragedy and suffer from loneliness: “Get a dog.” And he thought about it … I decided to consult my daughter Elena. She, in turn, was very happy with this idea: Elena is extremely concerned about her father’s condition, but she lives in Minsk and cannot be with him all the time.

And Igor, who had never had a dog before, immediately decided that his dog must be one of those who need human warmth.

Meanwhile, the daughter bought her father a large book about dogs and started looking. It was she who found in Zhodino “Nepryyut”. Together we went there once, twice, three times … And on one of these visits, unexpectedly, Mishka was taken out of the cat room for a walk … Igor immediately felt that it was his dog.

– You know, I never heard him bark or growl. He’s awesome! So kind, affectionate. He has a natural upbringing. He immediately identified the toilet – on the street. He never begs in the kitchen, does not whine or bark. He just looks with his brown eyes … And it is impossible to resist.

“We’re just walking side by side”

Igor doubted that the name Mishka suited his dog.

– There was a feeling that the name needed to be changed. Then we looked for different options – there are whole lists of dog nicknames on the Internet. And then somehow it came: Barry. Felt: this is his name and no connotations. Barry Alibasov was definitely not remembered at that moment, – Igor laughs.

“I hardly ever drive Barry on a leash, I don’t like it. We have so many restrictions in life that the leash is unpleasant for me. So we just walk alongside. We walk three times a day, in any weather – both in our park and in the surrounding area. Sometimes Barry runs after cats, but not so seriously that no one even feels danger from him.

Igor carries with him both cheese and biscuits; he buys pumpkin seeds especially for the dog. In general, he feeds Barry with good special feed. The daughter makes sure that her father’s friend has both food and toys. True, he gnaws at them all.

– Once he left Barry at home for a while, and when he returned, he found that he had chewed on the TV remote control and the laptop power supply. Since then, I have been taking Barry to the library and to the store with me. We never part …

Igor does not know how he could have lived if not for Barry.

– He is next to me, and we really saved each other. 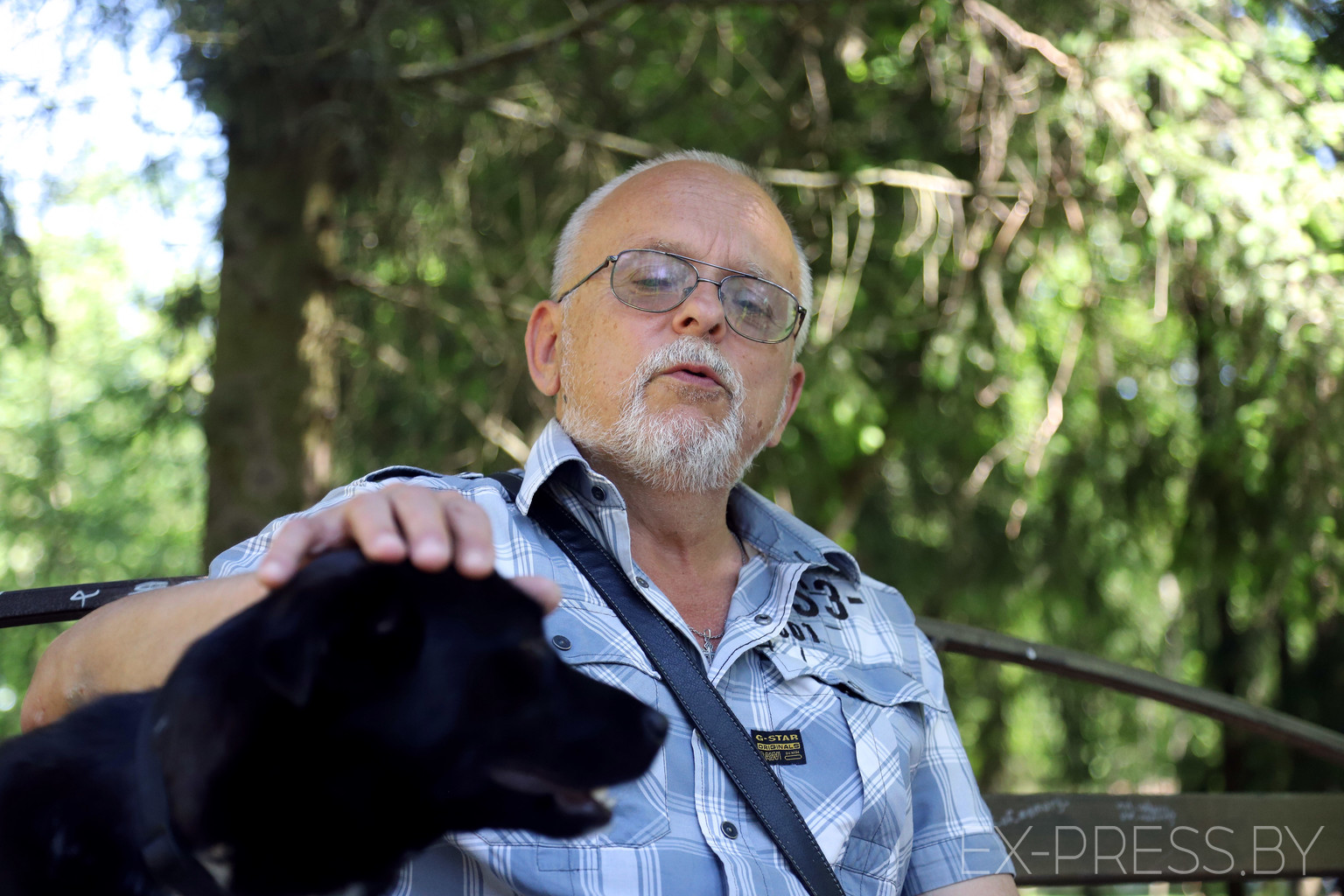 If you notice an error in the text of the news, please select it and click
Ctrl+Enter