In an interview with the Latvian television program “De Facto”, Cinkmanis promises to appeal the cancellation of the bachelor’s degree and points out that the applications were written by LU former insolvency administrator Māris Sprūds, to whom he had once accused. Meanwhile, Sprūds “De Facto” claims that it does not matter who directly pointed to plagiarism, and expresses his indignation that Cinkmanis has retained his master’s degree and, consequently, the position of a prosecutor.

“I apologize to everyone for their actions because they did not meet the requirements of the Code of Ethics for Prosecutors. My behavior was unacceptable and could lead to a misconception about the position of the prosecutor and the overall image of the prosecution. I regret what has happened, I have evaluated my actions and I will not allow any further violations. I look forward to your understanding and wish you all the best! ” Thus, the prosecutor of the Specialized Prosecutor’s Office for Organized Crime and Other Sectors Uldis Cinkmanis apologized for the video published on several Internet portals – his cursing and shouting at the Latgale Embassy “Gors” at the concert of the Latvian metal band “Skyforger” last October. The Prosecutors’ Attestation Commission decided not to impose a disciplinary sanction on Cinkman, but made him publicly apologize for non-compliance with basic ethical principles.

Also in an interview with De Facto, Cinkmanis points out that he regrets his behavior during the concert, but suspects that the publications published in the media for a few months are related to the desire to deliberately discredit him, which is based on the prosecutor’s professional activity.

“If it was not filmed on its own, say on behalf of the persons concerned, then further, as these recordings reach these persons, further publications and interest in continuing to maintain the mass media, in my opinion, make it clear enough that I am being treated in some way. to discredit me, to show my kind of bias, unprofessionalism, in that way, I think, would further influence the examination of this process, ”says the prosecutor.

Prosecutor Cinkmanis talks about the criminal case of liquidation of “Trasta komercbanka”, in which the most visible among several accused is the former insolvency administrator Māris Sprūds. Cinkmanis was charged in this case, but no longer participates in the trial. The court satisfied the rejection of Cinkman filed by Sprūda’s defense, because there was a personal conflict between the prosecutor and the accused – according to Sprūda’s submissions, Cinkmanis was disciplined for disclosing the personal data of a witness to the accusers together with the case materials.

See also  I will shoot to the last, I did not invite the enemy, the son of a bitch, to my doorstep / GORDON

Now it was Sprūds who asked the University of Latvia to evaluate the possible plagiarism in Cinkmanis’ master’s thesis – even after it was decided to evaluate the prosecutor’s bachelor’s thesis. “One [iesniegums] is for a bachelor’s thesis, but on September 23, 2020, a handwritten application is received from Sprūda, which is again accompanied by a copy of the master’s thesis destroyed at the University, which again contains some assumptions about the plagiarism of this master’s thesis. And it is already submitted by a person to whom I have been charged with particularly serious crimes, ”the prosecutor points out.

This decision of the commission was approved by the Council of the Faculty of Law of the University of Latvia. Until mid-April, Cinkmanis can challenge this to the rector, which he intends to do, because he does not admit that he has plagiarized, nor the legality and procedure of such an inspection: “I had no idea that I had done something wrong, nor did I someone has blamed these 13 years. And now, in connection with the fact that I am performing my professional duties in good faith, I am being approached by my former university. And I actually got into some kind of absurd hostage, because I can’t really defend myself, because LU has destroyed this work itself. They value any material submitted by the accused or a person related to the accused, which, based on the latest answers I have received from the Faculty of Law, they have not even compared with any originals. ”

See also  "We do not realize the care that burns require"

Meanwhile, in a conversation with De Facto, Māris Sprūds rhetorically asks – what is the significance of the person who has pointed out the plagiarism. However, he does not deny that the struggle for academic integrity did not motivate his applications. According to Sprūda, the Faculty of Law has now confirmed the dishonesty of the prosecutor Cinkmanis, from which further conclusions can be drawn: It’s all ahead of us. “

To the indication that Sprūda’s applications to the University of Latvia came after Cinkmanis no longer participates in the court proceedings, the accused former administrator replies: “I do not want to reveal the defense tactics at the moment. (..) It will also be a defensive tactic, yes. ”

As Zinkman’s master’s degree has not been revoked, he can continue to work as a prosecutor. Sprūds is convinced that there was plagiarism in his master’s thesis, as evidenced by a recent translation examination. However, the commission did not evaluate it diligently, because having taken into account Cinkmanis’ current position, the former insolvency administrator is outraged: “Well, in my opinion, this is completely unacceptable. So what happens if a person works in the private sector, then more severely against him, but if in the public sector he has represented the interests of the state, in fact – illegally exercised state power – then there is a more lenient regime against him? There is absolutely no logic to it! (..) Just because a person works in the prosecutor’s office – then what, the plagiarism of his work should not be assessed so carefully? It’s completely absurd in my opinion. “

Cinkmanis, on the other hand, considers it absurd that after many years the awarded academic degrees are evaluated, and thinks that in the future it may cause problems for the University of Latvia: “If my situation resolves unfavorably for me and the Rector really makes a decision to cancel my bachelor’s degree. work, I am drawn into a long, long litigation process, the following applications in LU or other educational institutions – they will start to fall. It is no secret that we also have various such plagiarism search systems, which are also privately maintained and publicly available, and which could also find plagiarism for a fee. And then, if these persons do not know any possibility to access some databases, which contain some, possibly works, then the University of Latvia itself will be involved in some huge, long legal proceedings, long inspection processes … ”

See also  What are the benefits of saliva testing, supposed to save our schools?

Meanwhile, the Faculty of Law of the University of Latvia on Thursday repeatedly emphasized that there is no legal basis for the cancellation of a master’s diploma. However, the Prosecutors’ Attestation Commission will still assess whether, after the annulment of the bachelor’s diploma and the conclusion of the detected plagiarism – if it remains valid – Cinkmanis still meets the requirements of the Prosecutor’s Office Law, ie whether he has an impeccable reputation.

“Let’s take a slip and just …” Prosecutor Cinkman, who has fallen at the mercy, will also have to publicly apologize 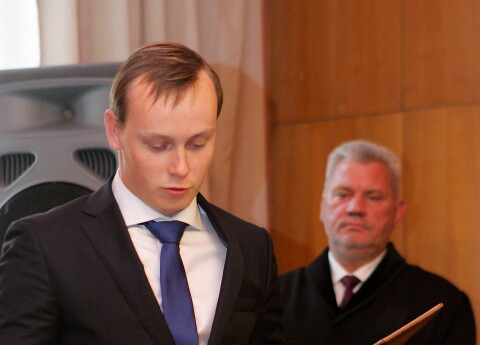 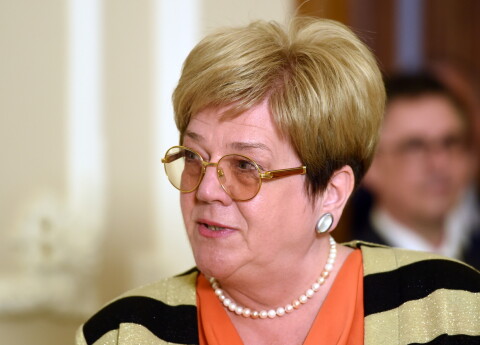 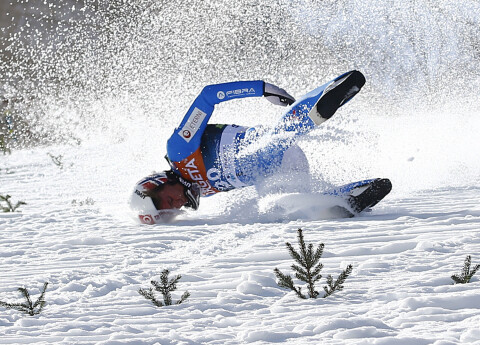 VIDEO: A terribly fallen Norwegian springboarder wakes up from a coma 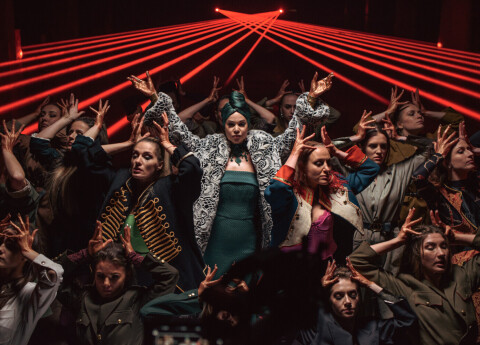 Samanta Tīna has been accused of police for her Eurovision song