Knowing how to act in the face of a dog attack, either to ourselves or to another person, can be of great help in a situation in which we can suffer considerable physical damage. The reasons that lead a dog to attack a person are of different nature and, whether the dog is ours or not, the only thing left for us is to react in the best possible way.

Attacking is the most common canine behavior problem. SOURCE: Pexelscuatro.com

Dog attacks on other people or animals is the most common canine behavior problem in professional consultations. And given that we are increasingly a country with a high presence of dogs in homes, knowing certain guidelines for action can be very useful.

Above all, keep calm

If a dog approaches us with an aggressive attitude, staying calm should be the first option, although we know that it does not have to be easy. But the reality is that the claim that dogs smell fear is true, and it can increase your nervousness and aggressiveness.

Take a deep breath and maintain an upright position, with your arms close to your body and, even if you do not lose sight of the dog, do not look directly into his eyes, because for him eye contact can be interpreted as a threat.

Try to distract him

If you have any food or an object that can distract you Throw it as far as you can. If he has caught his attention, he will run after him and you will have the opportunity to buy time and escape. In addition, there is the possibility that the dog may even forget about us with his new distraction. 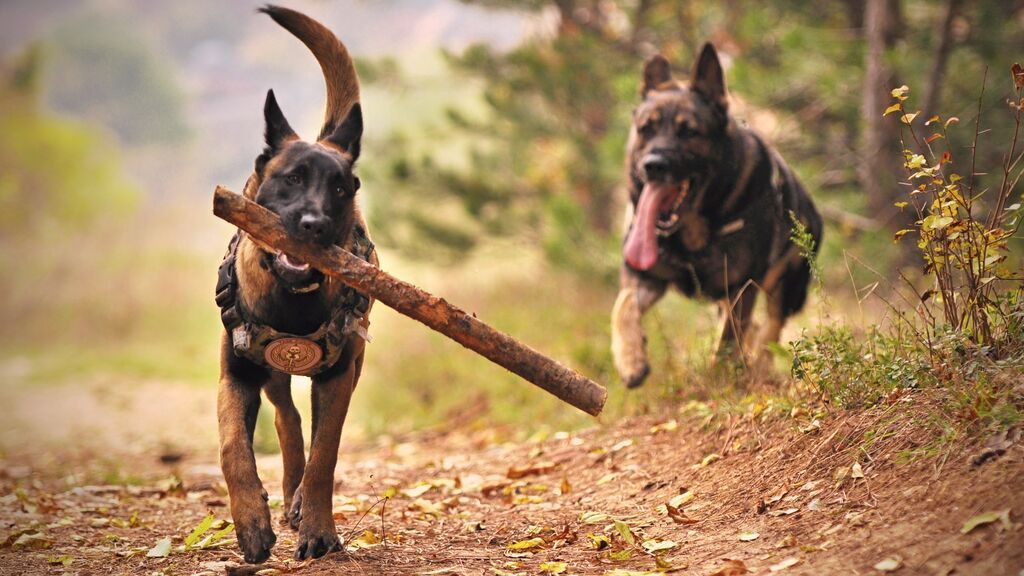 You can try to distract the dog by throwing an object at it. SOURCE: Pexelscuatro.com

Given the possibility that the dog goes directly to the attack, it is necessary to protect the most vulnerable parts of your body and those that can cause you more serious damage if it bites you, especially with medium and large dogs.

Protect with the rest of your body or with whatever you have on hand both the chest, as the face and neck, since in these areas there are bites that can be fatal.

This option is the one to try to avoid, although sometimes there is no choice but to face the attack by responding. Try to get him to leave first, giving him a direct and clear order, but if it is necessary to hit him, do so effectively. Use your legs and attacks your nose, throat, or the back of your head. These are the key points to reduce him and be able to escape or ask for help.

What if the dog attacks another person?

When we witness the attack of a dog on another person, the objective is for the animal to reduce the tension and the force with which it is attacking so that it releases its prey. Ideally, immobilize the dog, but depending on its size it can be complicated and risky. Opening their mouths directly is very difficult, because they are dogs whose jaw allows a strong bite.

Blocking its nostrils with water or a spray can make the animal have to open my mouth to breathe better, releasing its prey. If necessary, but only as a last option, the animal’s windpipe can be pressed.

In any case, it should not be forgotten that the person responsible for a dog is the adult who is in his care, and that he must always keep his animal under control. And, of course, urgently seek a handler in the event that the dog shows aggressive behavior.

See also  Huy: convinced that the lady is mistreating her dog, he attacks her