For a week, thousands and thousands of Cubans have taken to the streets to protest against the regime, the economic crisis and the measures adopted by the government in the matter of COVID-19, demonstrations that have resulted in disappearances, deprivation of liberty and online censorship.

This State Security agent returned today Saturday to sit there on the ground floor of my building to prevent me from leaving. Tomorrow marks seven days of this surveillance that began last #11J #ReportNotCrime #Freedom for political prisoners # LibertadParaLosDel11J pic.twitter.com/TD3GL7XlNk

That, however, has not prevented thousands upon thousands of Cubans comment in real time through social networks and WhatsApp what is happening in your country. Quite a feat, even more so considering that in Cuba there is only one telecommunications company, ETECSA, which controls absolutely everything related to the Internet connection. This is what they are doing. 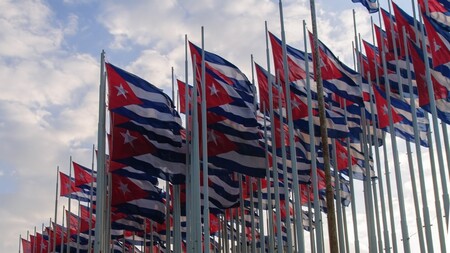 The first thing we have to understand is the context of the Internet connection in Cuba. Although accessing the network was possible since 2012 thanks to satellite internet, it was not until 2014 when ETECSA (Cuban Telecommunications Company), the only operator in Cuba and, therefore, a monopoly, began to enable public WiFi zones (paid). Obviously, these stood out for their instability, their saturation and their corresponding low speed.

Not only that, but to access this public WiFi network (here a list with all the access points) you need a Nauta account, which is an account controlled by the government. Using the smartphone app we will connect to the account and, later, to the network, which does not use HTTPS and therefore is not encrypted. In short, all activity on the network is visible to ETECSA.

Cell phones were banned in Cuba until 2008

To deal with this situation, in Cuba known as “The Package” are distributed. In short, they are packages of digital content that are downloaded and stored on USBs and hard drives. They contain news, music, movies, TV episodes, etc. It is like a small part of the Internet that reaches Cuba every Tuesday and is distributed from hand to hand.

See also  how many natural numbers there are

Years after the arrival of public WiFi, already in 2018, the mobile Internet arrived. December 4, 2018, Miguel Díaz-Canel Bermúdez, First Secretary of the Central Committee of the Communist Party of Cuba and President of the Republic of Cuba, confirmed the arrival of this service that, today, it’s still very expensive. 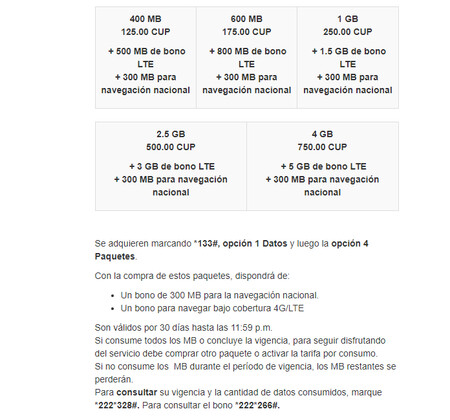 As he tells us Escobar light, Cuban journalist and reporter at 14ymedio, the Internet connection is prepaid. “You buy some super expensive mega packs and only then can you connect. No flat fee“says the journalist. Escobar gave us the ETECSA rates to show that the prices and benefits are abusive and the data speaks for itself.

Half an hour to download an audio on WhatsApp. A 14 second audio.

Pinga I’m not organizing a march. I just want to say good morning to my family who don’t know anything about us.#SOSCuba 🇨🇺

GeekCubano, creator of Cuban content based in Miami, explains that “data packages in Cuba are very expensive, they have an abusive price. They are set not with the Cuban of Cuba in mind, but with the Cuban who lives abroad in mind“.

He assures that what they do is put “super high prices and, twice a month, they do offers for recharges from abroad. If you buy data packages from abroad for a relative of yours through one of the many websites and applications that offer this service, which exist, there are times that they give them extra GB of data, SMS packages and free calls, there are times that they give them what they call “vouchers”, a kind of extra balance on their mobile that they can use to call, but in reality very few people use that “.

That is to say, users must distribute this data well, since their prices are prohibitive and finding out / informing about events in Cuba through photos, and online videos is not exactly something that consumes little data. Mobile internet connection is poor, precarious, expensive and, to top it all, leaked.

Connecting to the Internet is not only expensive, it also means exposing yourself to censorship. Since ETECSA is the only company operating in the Cuban market, has the power to block access to the websites that it deems appropriate. That is what has happened with WhatsApp, Facebook and company.

Solution? VPN networks. One of the most popular and one that has grown the most in recent days has been Psiphon. According to the company, at the time these lines are written there are 1.5 million users connected to its service. Cuba is, along with Myanmar and Saudi Arabia, one of the countries with the most Psiphon users.

#SOSCuba | Cubans, download the Psiphon application and use VPN, satellite internet is activated.

And it is that, as GeekCubano explains, “everyone in Cuba uses VPN. It has become so dangerous that they block access to social networks that virtually everyone uses VPN on their phones. It is frequent and it is normal. It has a cost, since when you connect to a VPN the consumption [de datos] It is much older and the Internet in Cuba is expensive […] Either you use VPN or you don’t communicate, so a lot of people use them. “

There is also the option of using lifelong text messages, known as SMS, which they are not exactly cheap either. They are an easy way to inform contacts that they can use a VPN to connect to WhatsApp or Facebook. But ETECSA has also taken action on the matter.

For a few days, different Cuban media have reported that Cuba has blocked SMS that include the words “VPN” and “Pisphon”. The 14ymedio portal explains this, citing some users who claim not to have been able to send SMS with those words, despite the fact that the operator did charge for these messages.

The words protest, demonstration, SOSCuba and freedom are also blocked. I imagine that many more have to do with the subject, but no word related to the US is blocked 😳 pic.twitter.com/Qt8Hy4UFwJ

“It is 100% correct,” says the Cuban content creator in conversations with Xataka. “I actually have a friend who made a thread on Twitter doing tests and confirmed it. They are effectively blocking certain keywords from sending SMS. That is not new, that they have done for a lifetimeThey’re just now blocking these specific words. “The way around the block seems to be as simple as putting periods or spaces between the letters.