Recently, a friend of my brother asked me if I could recommend a few models. The demand is SUV, the price is between 100,000 and 180,000, and the configuration is relatively rich. Combining these points, the little brother relied on his countless experience in car reading, and after thinking about it for 10 seconds, he recommended these models to this friend of mine.

The overall design style of the Haval Big Dog still maintains a tough style, but it has a little more fresh flavor than the tank 300. Especially the pair of round headlights are very cute. The position of the lower guard plate of the front, the wheel eyebrows and the lower rear guard plate of the car also highlights its tough image. The body size is 4620/1890 (1910)/1780mm in length, width and height respectively, and the wheelbase is 2738mm. The moderate body size can also be conducive to wandering in the city. Sitting in the car, the big dog presents the same retro and tough feeling, and the exposed rivets in the details make it look wild. It is a favorite dish for young people. The other two large screens are very good. Bring a sense of technology.

In terms of hard parameters, Big Dog’s body has an approach angle of 24°, a departure angle of 30°, and a ground clearance of 200mm. Although the parameters are definitely not as good as the real hardcore off-road vehicle, it is no problem to occasionally explore the outdoors. Haval Big Dog has two power versions, 1.5T and 2.0T, matched with a 7-speed wet dual-clutch gearbox.

The price has not yet been announced

Created the “shen car” and “brand” in one hand, Wuling can be described as a “red man” in the domestic auto market, and its every move has attracted much attention. This does not mean that Wuling will bring Wuling stars at the 2021 Shanghai Auto Show.

Wuling Xingchen is positioned as a compact SUV. The overall design focuses on simplicity. I feel that since Capgemini’s arrival, Wuling seems to have gradually found its own design attributes, exquisite and yet stable. In terms of size, the length, width and height are 4594/1820/1740mm respectively, and the wheelbase is 2750mm. It is a standard compact SUV size.

In terms of power, it is reported that the new car will be equipped with a 1.5T engine when it is launched in the future, with a maximum power of 149 horsepower. As for the interior, it has not been disclosed yet.

It is said that since the combination of Geely and Volvo, the cars that Geely have produced have been excellent. After Geely Xingrui, known as “Swap S60”, was blown up, “Swap XC60” came again. It is Geely Xingyue L.

Xingyue L is based on the CMA super matrix architecture and is positioned as a compact SUV. The overall design of the car still adopts the style of the family, especially the overall three-dimensional effect of the middle grid and the lower air duct area. The raised lines above the engine cover make it look very domineering. The body size is 4770/1895/1689mm in length, width and height respectively, and the wheelbase is 2845mm. 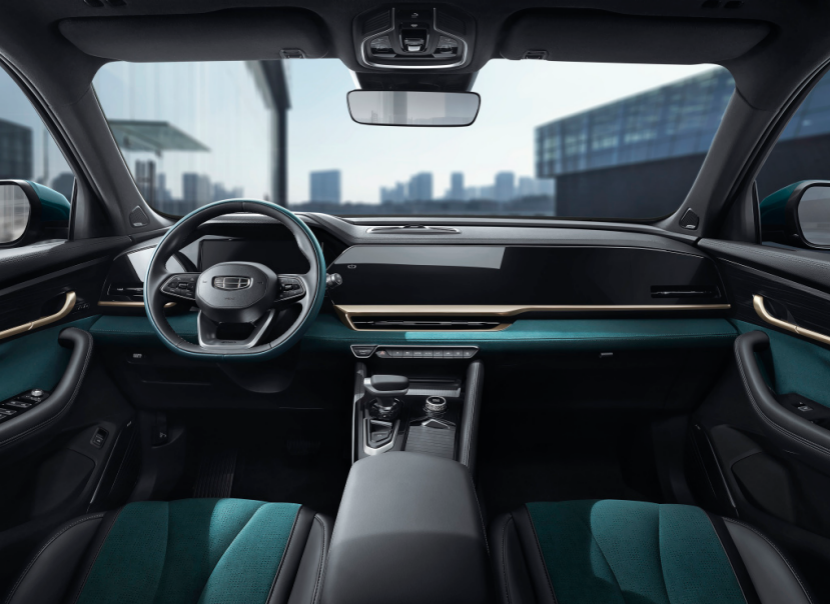 Do you see this picture of the interior? Absolutely kill most of the models of joint venture brands and even some imported models. The place you can see is basically covered with leather + Alcantara, which is definitely a small luxury. The dual 12.3-inch LED screens under the center console are definitely responsible for the technological atmosphere in the cabin.

See also  EA Sports FIFA: Enrique Perro Bermúdez with Antonio de Valdés reveals why he did not continue narrating in a video game

The power of Xingyue L is different from Xingyue this time. The whole series is only equipped with a 2.0T engine, and two power versions are provided. The maximum power is 218 horsepower and 238 horsepower respectively. The transmission is matched with a 7-speed wet DCT gearbox and Aisin’s 8AT. Gearbox. 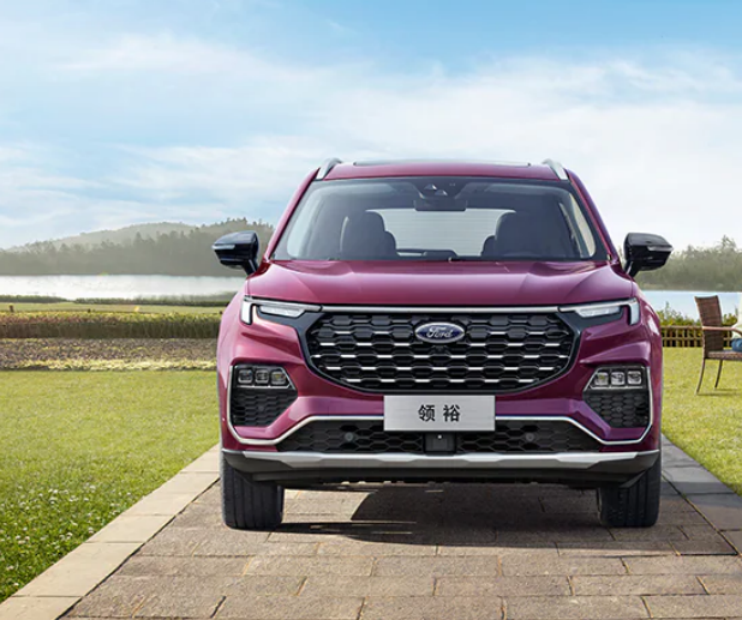 Lingyu’s appearance is a bold attempt for the Ford family’s SUV models. The large-size mesh and split headlights are designed. When you first see it, you will involuntarily look at this one with a strong American style. big guy. 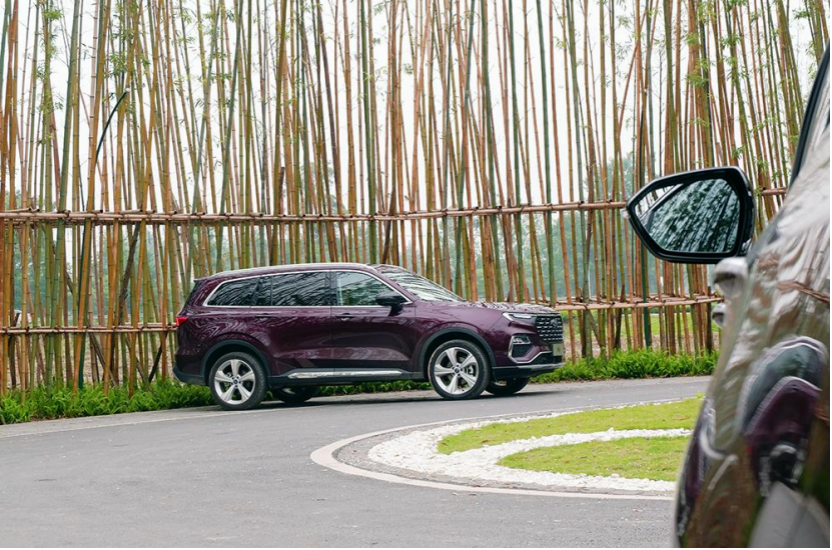 The body size is 4905/1930/1755mm in length, width and height respectively, and the wheelbase is 2865mm, which is larger than its own sharp world. In addition, Lingyu provides three seat layouts of 5/6/7 seats. 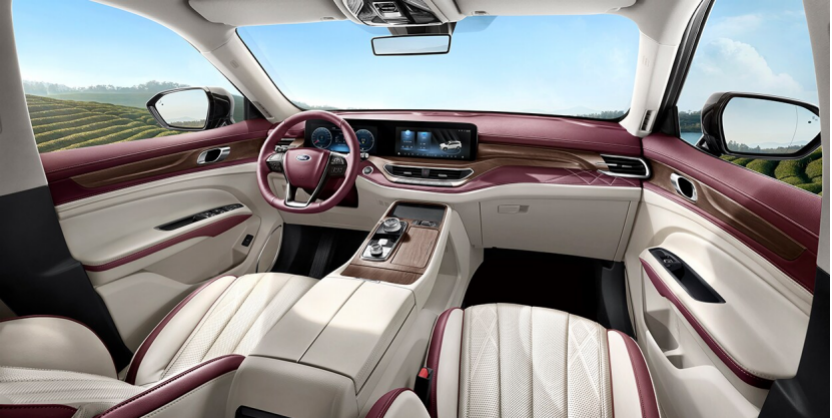 The interior style of Lingyu can be seen in many shadows of Ruijie PLUS, but it is a bit more luxurious than Ruijie PLUS. The configuration has AR real-world navigation, Co-Pilot360 driving assistance system, etc.

In the power section, the entire series of Lingyu are 2.0T engines, with a maximum power of 224 horsepower and a maximum torque of 360 N·m, matching a 6-speed wet dual-clutch transmission. As for the power, you can rest assured that there is absolutely no choice.

Write at the end

The above models can be said to have achieved “I have no people, I am stronger if people have”. For example, Xingyue L builds a domestic high-end compact SUV; Ford Lingyu is specially built for the Chinese; Hover Dog is destined to be not an ordinary one. The model, and the most important point of the Internet celebrity car is the product strength, and there is no doubt that the four-wheel drive with rear lock only 155,900 is enough to explain everything; although Wuling Xingchen has not yet officially launched, but it itself has the Wuling brand and global The endorsement of the silver-label car series, the quality and workmanship are trustworthy. Do you have anything to say about these models? Leave me a message.