In case you don’t know, each team submits a lineup for each set, and each player plays the match by shifting positions 1-6 clockwise one by one according to the order of the lineup. 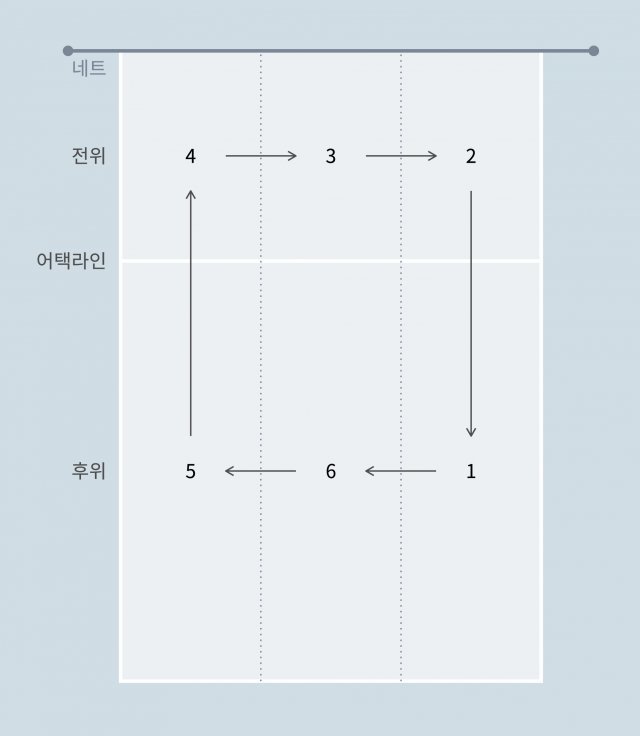 This is called’rotation’, and the players in positions 2-4 are called front and the rest are called rear players.

The second player must not touch a ball higher than the net between the net and the attack line. So, it’s common for a player to be unable to perform his offense properly when he is in the rear.

Therefore, it can be said that choosing a position where the best striker on the team can stay on the vanguard for as long as possible is the basic principle of the lineup. 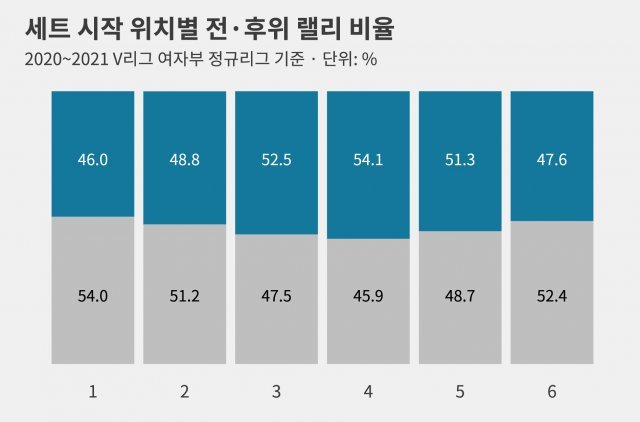 For this reason, it is common for foreign players to start at 4 and setters at 1 in the V-League. (If you look at the history of volleyball, this difference in probability has resulted in the birth of the main striker = light standing diagonally from the setter.)

Then, to put it coldly, what kind of lineup will Heungkuk Life Insurance have in this championship match with Bruna (22, Brazil), who has less offensive power than Kim Yeon-kyung?

See also  Celtic, you're in my heart

Interestingly (?) Heungkuk Life Insurance coach Park Mi-hee started the match with Kim Mi-yeon (28) placed in the fourth position in both of the championship matches. Instead, Bruna started the match at position 3. Kim Yeon-kyung started from position 6 in both matches. 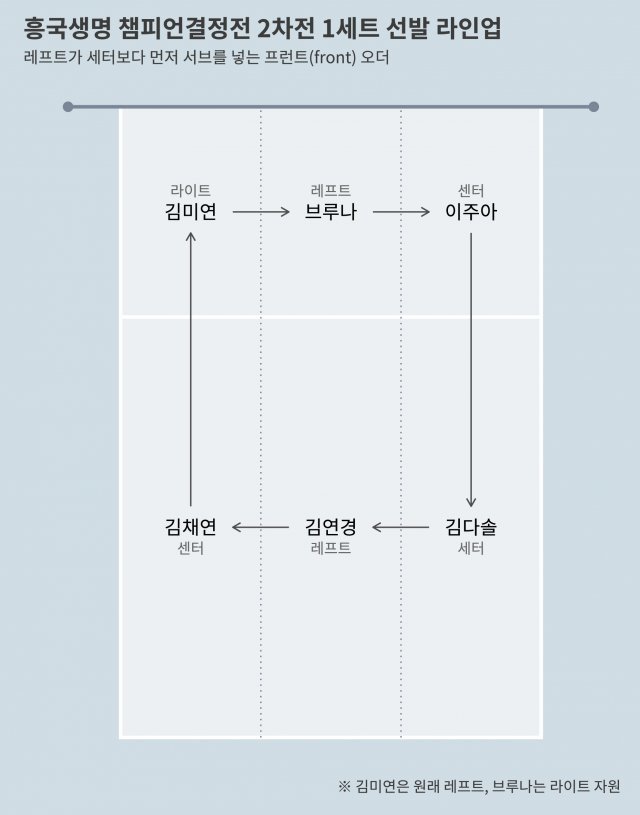 It would have been nice if this lineup had been successful, but the result was not.

The biggest problem is that Kim Yeon-kyung’s stay in the rear (54.3%) was longer than the front (45.7%). So, in this championship, Kim Yeon-kyung had to spend as long as the setter placed in the 1st position in order to keep it in the rear on purpose.

It wasn’t like this at the time of the playoffs. During the three playoffs, Yeon-kyung Kim played 50.1% from the front and 49.9% from the rear of the total rally. It was actually half and half.

However, during the championship, I had a long time, especially in the 6th position. Theoretically calculated, Kim Yeon-kyung had to play 16.5% of the total rally in the 6th place during this champ match. The actual result was 23.1%. 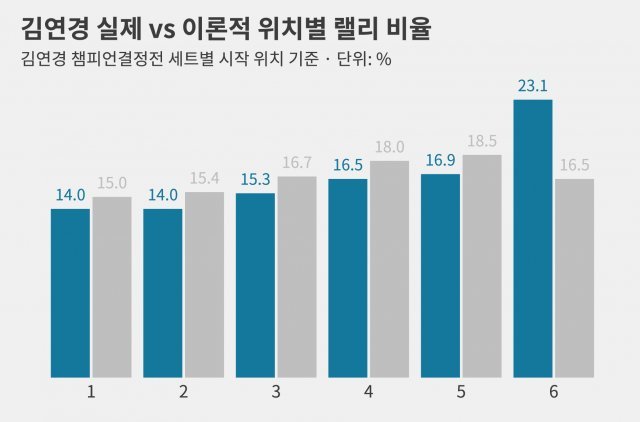 The reason why Kim Yeon-kyung has been stuck in position 6 for so long is simple. When Kim Yeon-kyung is in the 6th position, Heungkuk Life’s avant-garde will include Kim Mi-yeon-Bruna-Lee Joo-ah (21).

The three players made a total of 49 attacks, reaching only 13 successes (26.5%). However, out of the remaining 36 times, 5 times were blocked by the opponent, and 4 times were ended in attack. So, if you calculate the attack efficiency, 0.082 is all.

The biggest reason Heungkuk Life has been so sluggish here is that GS Caltex coach Sang-Hyun Cha put a trap here.

In this rotation order, GS Caltex mainly served by Kang So-hui (24). Kang So-hui is a’strong server’ that lowers the opposing team’s serve-receive efficiency to 27.1% (3rd place) during the regular season. 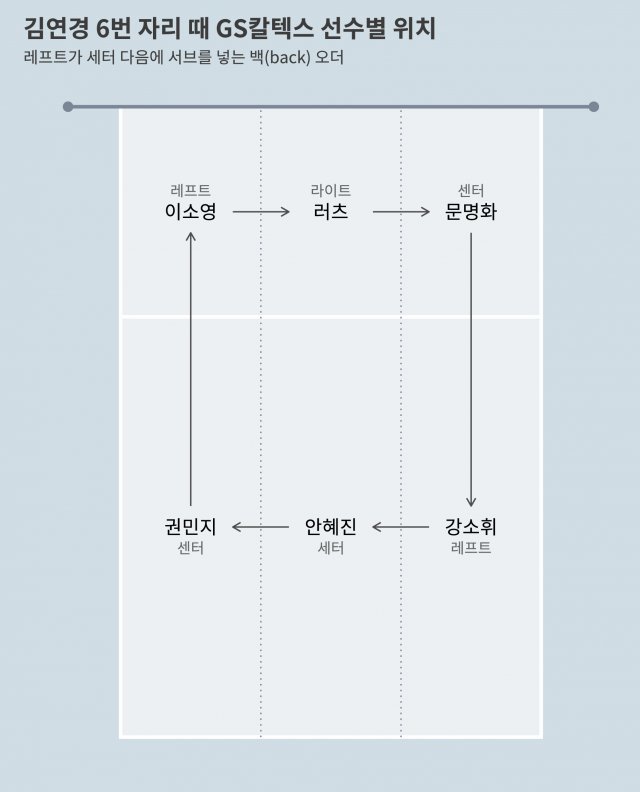 In this way, first, you can paint the blocking wall, which is said to have high lutz (206 cm) and civilization (189 cm). In addition, when the ball crosses the GS Caltex side and takes a chance to counterattack, you can use So-young Lee (0.313) and Rutz (0.303), who ranked first in the team’s attack efficiency.

See also  It will be an hour of suffering, but I look forward to Sáblíková looking out for the battle for the champion's leotard

In this way, the longer the GS Caltex attack is, the longer Kim Yeon-kyung is tied to the 6th position.

GS Caltex’s harassment (?) does not end even when Kim Yeon-kyung rises to the avant-garde.

Kim Yeon-kyung was responsible for 18.9% (14 out of 74) of the total sub-receives of Heungkuk Life Insurance. At potential, this percentage nearly doubles to 36.7% (22 out of 60). This is because the GS Caltex players made a’purpose blow’ towards Kim Yeon-kyung.

And it left an attack efficiency of 0.352. Among the players who recorded more than 10% of the attack market share in the regular league game, only one player, Hyo-jin Yang (32, Hyundai E&C Center), who recorded 0.366 was more effective than this.

So Kim Yeon-kyung recorded a libero-class sub-receive efficiency at the vanguard during the two matches against the champs, leaving a center-class attack efficiency. It also recorded more than 100%’attack share + serve receive share’.

But what can I do. Volleyball is not a game where only one player can win in avant-garde.

Oh, Kim Yeon-kyung made 19 diggs by combining the two matches against the Champ. Of course, it is the most record in Heungkuk Life Insurance.

● “Volleyball Empress” How are you? 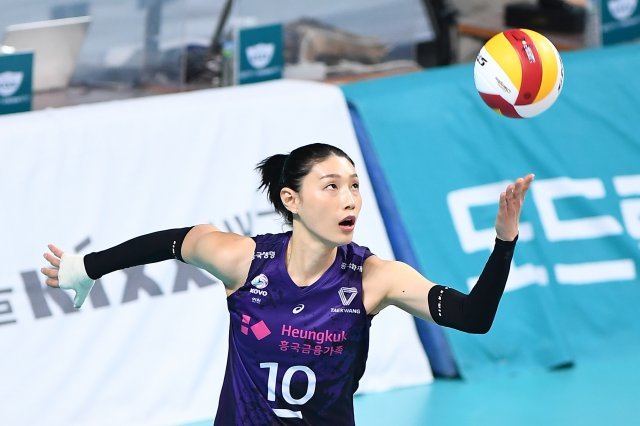 Upon returning to the V-League stage, Kim Yeon-kyung, who signed a one-year contract with Heungkuk Life Insurance, sent a message that he could leave Korea again after the season ended ahead of the postseason.

Heungkuk Life Insurance has kneeled 0-3 with GS Caltex in both the first and second games held at the Jangchung Gymnasium in Seoul. If the third game, which is held at Incheon Gyeyang Gymnasium, the main stadium of the 30th, is handed over, this season for the women’s division will be over.

Volleyball is a team sport, and even if Kim Yeon-kyung shouts’Let’s go to the end’, if his teammates don’t help, he has to stop walking like this. Will the teammates be able to rescue Kim Yeon-kyung from swamp #6?

Close window
You recommended the articleHow much can Heungkuk Life help Kim Yeon-kyung who fell into the ‘6 swamp’? [발리볼 비키니]Best Recommended News

Copyright by dongA.com All rights reserved.