It seems that mobile phone manufacturers have decided to solve one of the most pressing problems in the ecosystem since smartphones landed and began to drastically increase energy consumption: the problem of autonomy. For it, internal stacks start to grow in a more or less standardized way throughout the market, but a lot of effort is also put into making fast charges evolve.

Just take a look at the latest published standard, Qualcomm Quick Charge 5.0, and its 100W limit for fast charges, but there are many other options on the market and also “tricks” to push the limits using different methods such as batteries. dual. But first of all let’s see what exactly a fast charge is, although the concept is more fluid than it seems and may evolve over time.

What is fast charging and how does it work 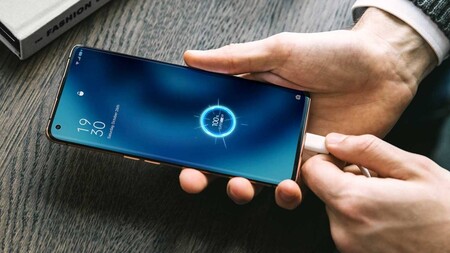 When describing the load that a mobile phone supports or that is capable of delivering an external charger, manufacturers commonly use watts. Watts are nothing but a unit of power with which the consumption, in this case delivery, of energy of an equipment is measured. It is a value that is calculated with a simple multiplication of volts by amps.

Currently, we consider fast charging any load that exceeds 10 watts

With a quick and very simplified example, let’s imagine we have a highway. Each of the freeway lanes is one ampere and the width of each of the lanes would be measured in volts. If we have wide lanes, we will be able to pass through them wider vehicles that transport more people (or energy), and the more lanes we have, the more vehicles will be able to travel the highway in parallel. So volts times amps equals watts. Thanks to this operation we calculate the “power of the highway”, its capacity to transport more or fewer people from point A to point B. Or from the plug to our mobile.

We said at the beginning that the concept of fast charging is something fluid because fast charging can be defined as anything that exceeds the standard charge. It is logical, right? If everyone is traveling at 80 kilometers per hour on our highway, those who go 90 kilometers per hour go fast, and that average speed can vary. So for a long time the standard charging speed was 5 watts or 5W, and anything above that speed was considered fast charging. Today it would be more correct to say that the standard load is 10W, and it will not take long to raise that average to 15W or 18W, time to time.

See also  They look alike? This is what Kristen Stewart looks like as Princess Diana 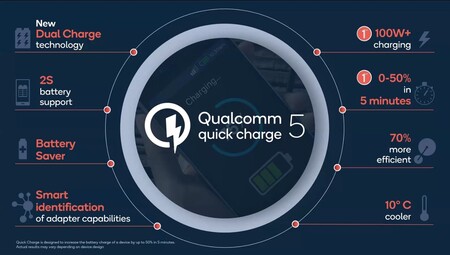 So manufacturers are constantly investing money in their research and development teams. to achieve faster and faster loads, and for this they use different systems. Some of them try to standardize, such as those enabled by processor manufacturers such as Qualcomm or MediaTek, and others of them are proprietary systems such as fast charges from OPPO, OnePlus, Huawei or Xiaomi, to name the best known.

Xiaomi was, in fact, the last company that put on the table a new fast charging system that was also explained, the 120W fast charging system of its Xiaomi Mi 10 Ultra (not to mention its 200W system that has not yet stepped on the market). This is done by playing with the current flows of the energy that comes through the charger, and delivering the energy to each of the parts of the battery. This is one of the tricks we mentioned earlier, by the way, “split “battery in two with dual batteries. So you can power each one separately and effectively double the charging speed.

The dangers of fast charging 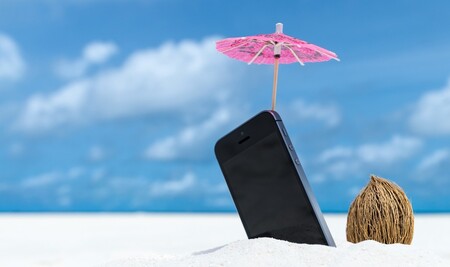 Although perhaps it would be more correct to speak of a single danger if the system works as it should and does not have factory defects (DEP for the Galaxy Note 7), since the great enemy of mobile phone batteries, which are currently Li-Ion or lithium ion batteries, it is heat. Heat is the true nemesis of batteries and an enemy more formidable even than charge cycles. Which, in fact, are also related to heat.

See also  How to avoid farting while sleeping! three®

When the temperature of the batteries rises above recommended, batteries suffer higher wear than normal since heat directly affects its performance. And if charging a battery normally already causes its battery to rise (albeit in a controlled way), fast charging makes the temperature even higher. Hence, manufacturers are investigating systems to deliver more power without raising temperatures, and we even find wireless chargers with built-in cooling.

That is why experts often recommend that we use fast charging when it is absolutely essential, for example when we make short stops and we need to regain the autonomy of the phone as soon as possible. If our pace of life makes us charge the phone on the bedside throughout the night, it is recommended that we get slow chargers that deliver 5W or less (the USB port of your computer delivers 2.5W, for example). The phone will be able to charge for hours with minimal temperature rise, thus preserving the durability of its battery.

Another great danger that is usually associated with fast charges is the economic one since if we deliver more energy to the phone we will consume more electricity and, therefore, our monthly bill will increase. But this danger is not so dangerous since charging our mobile phone has a minimal impact on the annual consumption of our home. According to studies carried out by the National Institute of Statistics, charging our mobile phone costs approximately 1.5 euros per year, and with more aggressive charging systems it can reach 3 euros per year. Between 12 and 24 cents a month.

As we have already mentioned, Xiaomi has already presented a fast charging system that allows 200W to be delivered to compatible mobile phones as long as it is wired, and up to 120W when charging is wireless. It is the Xiaomi HyperCharge and it can charge a 4,000 mAh battery in just 8 minutes. We speak in the future for now, as this cargo has not been commercialized. The one that is in circulation by Xiaomi is the 120W load of its Xiaomi Mi 10 Ultra, currently the fastest on the market.

In second place we must place Lenovo, which with its Lenovo Legion Duel to gamers (which recently had a second generation with the Legion Duel 2) launched a fast charge of up to 90W, again with a dual 2,500 mAh battery per unit. Its system allows the phone to be fully charged in 30 minutes, and in the first 10 minutes we can charge 50% of it. It is common for fast charges to be much faster at the beginning of the charge than at the end, by the way, due to the charging algorithms to preserve the batteries themselves applied by the manufacturers.

Xiaomi marks the real ceiling of fast charging with 120W, but also the theoretical one with 200W of its Hypercharge

OPPO, for its part, already has several mobile phones in circulation with a maximum fast charge of 65W although it has already presented a fast charge of 125W that has not yet set foot on the market. The ceiling of OPPO is currently located, therefore, at 65W and we can see this load on your OPPO Find X3 Pro or OPPO Reno4 5G, to name a few examples of recent mobile phones.

On the same step as OPPO we find OnePlus whose patented Dart Charge system currently reaches 65W maximum fast charging, a system that we could see on board its latest OnePlus 9, for example. There are many more fast charges on the market, of course, like the Meizu 40W Super mCharge, or Huawei’s 40W SuperCharge. Other manufacturers have fast charges but are still far from the head, such as Samsung, Apple and company.