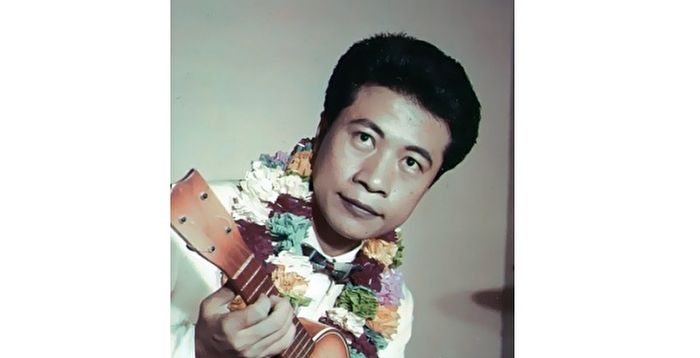 “Treasure Island Singer” Hong Yifeng, whose real name is Hong Wenlu, saw a one-man band perform on the streets of Wanhua since he was a child. He taught himself the accordion, guitar and other musical instruments to create a musical life. He composed his first song “Butterfly Loves Flowers” when he was 19 years old. The backstage language songs were injected with an elegant style; in the early days, they went through street singing and open-air concerts, and went to Nakashi to teach singing in the self-made “Songzi Book”, which began to attract attention.

The talented him was appreciated by various radio stations at that time and started live singing programs. He was also a band, conductor and singer. At the age of 30, he recorded his first album “Black Dog Brother on the Peak”. He took the stage name Hong Yifeng the next year and began to collaborate with lyricist Ye Junlin. He collaborated and sang “Old Love”, “Freshwater Twilight”, “Treasure Island Four Seasons Ballad”, “Treasure Island Mambo” and other works. After becoming popular, he was invited to perform in Japan, creating a brilliant record of Taiwanese ballads in the 1950s and 1960s. .

Hong Ronghong, director of the Hong Yifeng Culture and Art Foundation, the organizer of the consortium, said: “In order to fulfill my father’s legacy, the foundation was established in 2010, dedicated to inheriting Taiwan’s music and ballad culture, and creating more music and art belonging to Taiwan. This commemorative exhibition, especially Returning to my father’s birthplace Wanhua’s ‘Bopiliao Historic District’ for exhibition, I hope to evoke common memories for everyone.”

The “Brother Black Dog is Back” exhibition area takes the time context and reproduces the achievements and stage appearances of Mr. Hong Yifeng in different periods such as Lagio, the open-air field, Japan’s Toho stage, movies, and show dance halls.

The special exhibition period is from September 23rd to October 30th, and it is exhibited for free in the Bopiliao Historic District (closed every Monday).