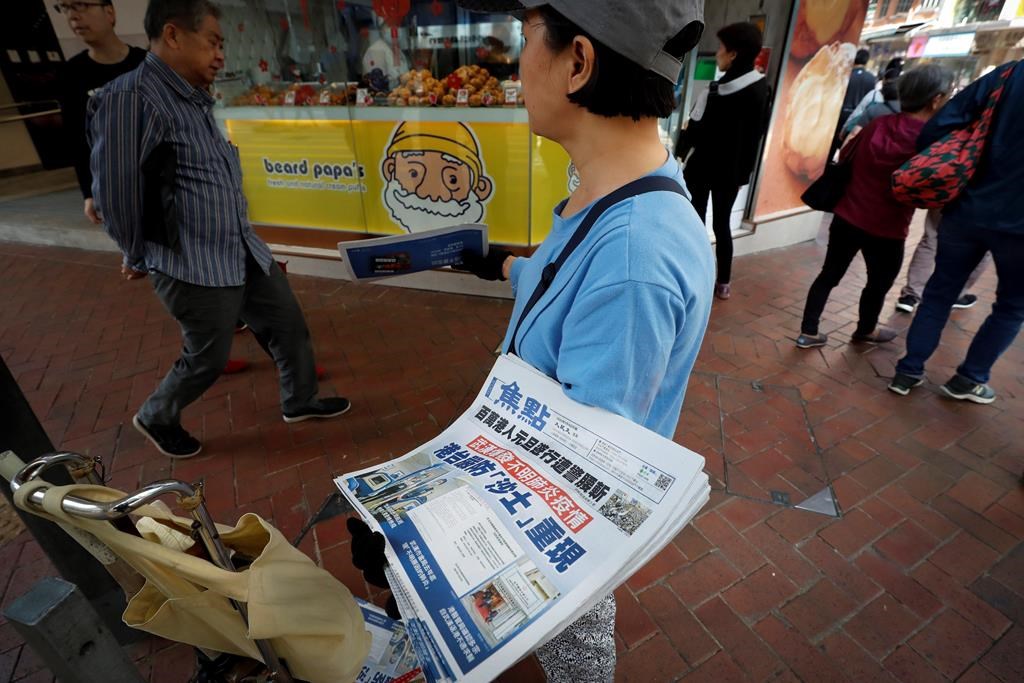 The federal public health agency says it believes Canadians are at low risk of getting a new type of pneumonia that killed one person and made dozens sick in central China, but issued a warning to travelers to and from the city from Wuhan.

The agency is advising travelers to and from the city in the central Hubei province of China to avoid high-risk areas such as farms, live animal markets, areas where animals can be slaughtered or surfaces with excrement or animal secretions.

The director of public health of Canada, Theresa Tam, has also been in close contact with her provincial and territorial counterparts to share information about the disease, which has raised concerns about a possible outbreak similar to the SARS virus, which killed hundreds in 2002 and 2003.

The UN World Health Organization said Thai authorities reported that a Wuhan traveler was hospitalized in Thailand with the virus, the first confirmed case of the virus that is outside of China, where a total of 41 people suffer from this new “coronavirus”. “.

A 61-year-old man also died from the disease, the first death known in China for the mysterious new virus.

The outbreak goes back to Wuhan, where it affected several dozen people who had been in an important meat and seafood market.

The public health agency of Canada says that the likelihood of an outbreak in Canada related to cases in China is considered low at this time, mainly due to the lack of clear evidence of spread from person to person. But officials remain vigilant.

“Since we are in the high season of respiratory diseases, it is not unexpected that countries, including Canada, can investigate or evaluate travelers with severe pneumonia returning from the affected area,” said Anna Maddison, senior adviser on media relations at the Public Health Agency of Canada.

“This is to be expected since our surveillance systems have been alerted and as a precaution to rule out the possibility of infection with the new coronavirus.”

A statement issued Monday by WHO said it is working with officials in Thailand and China following the case report confirmed outside of China. The WHO director general is consulting with the agency’s emergency committee, which generally decides if viral outbreaks deserve an expanded response from health authorities.

China says the cause of the Wuhan outbreak remains unknown, but has tried to minimize speculation that it could be a reoccurrence of the SARS epidemic.

“PHAC continues to collaborate with partners internationally, as well as federal, provincial and territorial partners and public health authorities and to ensure Canada’s readiness to quickly identify and prevent the spread of this emerging disease if it occurs in Canada.”

Coronaviruses are a large family of viruses, some of which cause the common cold. Others found in bats, camels and other animals have evolved into more serious diseases.

Common symptoms include runny nose, headache, cough and fever. Shortness of breath, chills and body aches are associated with more dangerous types of coronaviruses, according to the Centers for Disease Control and Prevention. UU.

This report from The Canadian Press was first published on January 13, 2020.

– With files from The Associated Press.

Do not miss the latest news.

Mashable’s favorite memes of the decade

Is MoneyMe positioned to interrupt lenders and the 4 big banks?...

Fans think Batman’s new symbol is made of the weapon that...

Nobody wants to buy the Mexican presidential plane. So how about...

Visit a museum or concert and live more