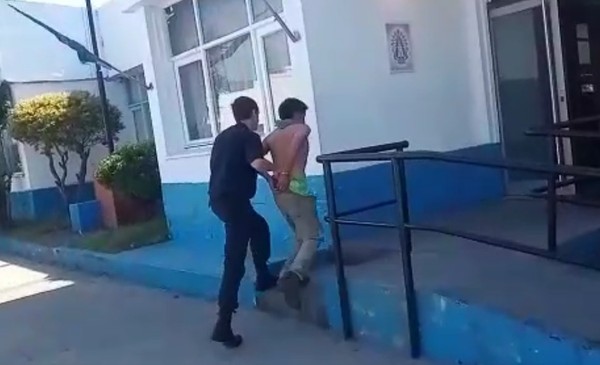 A 23-year-old man was arrested this Tuesday afternoon after tried to kill his sister in the house they share in the Sarmiento neighborhood of Mar del Plata. The aggressor was housed in Penal Unit No. 44 of Batán.

The incident happened in a house located at the end of the corridor of a house, where the young man tried to kill his own sister: first he wanted to hang her and, faced with the defense of the young woman, he took a knife and tried to stab her.

It was at that moment that the house pet, a mongrel dog, intervened and defended the victim. In his actions, the dog received sharp wounds in the area of ​​​​the snoutso his owner immediately took him to the vet.

The victim, who has strangulation marks on her neck, He suffered some minor stab wounds. although it was not more serious or medical assistance.

Neighbors alerted 911 to the situation and officers from the fourth police station entered the house and found the young man in a state of disturbance and with blood stains on his clothes, for which he quickly ended up apprehended.

The place was also attended by Scientific Police personnel, who carried out the required skills and seized the knife. The prosecutor intervened in the case. Ramiro Anchou, who ordered the formation of a case for the crime of attempted femicide and his subsequent transfer to Penal Unit No. 44 of Batán.