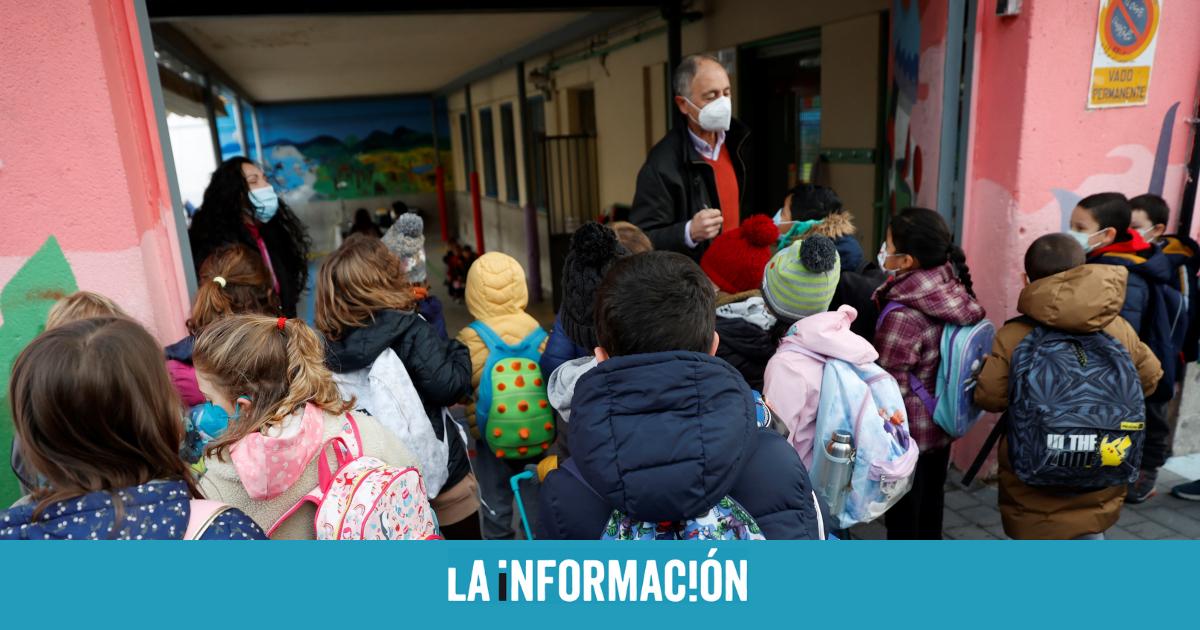 The Governing Board of City of Madrid authorized this Thursday the budget of 3.3 million euros corresponding to the 2022-2023 call of the Children Scholarship, municipal aid of up to 350 euros per month to support families in the schooling of children from zero to three years in private nursery schools.

After the approval of the new call in the Board, the City Council will soon open the deadline for receiving applications of the families, as announced by the municipal spokeswoman, Inmaculada Sanz. This aid, aimed at families who have participated in the admission process to the Network of Nursery Schools of the Madrid City Council in the 2022/2023 academic year and they have not obtained a place in the municipal networkwill once again have three tranches of aid of 100, 200 and 350 euros per month to finance the place in a privately owned center.

In the last call, the Children’s Scholarship supported 1,694 families who were in this situation. The aid, included in the Strategic Subsidy Plan 2022-2024 of the Area of ​​Families, Equality and Social Welfare, they are compatible with those granted by other public administrations with the aim of facilitating access to child schooling for the greatest number of families.

The Madrid City Council launched the Children’s Scholarship for the first time in the 2019-2020 academic year with the aim of moving towards gradual universalization of early schooling and support families in reconciling work and family life. Since its creation, various improvements have been introduced in the design, such as being compatible with other autonomous aid, the income limit for requesting it has been extended, and a call center has been created to explain the process to potential beneficiaries. request.

In addition to betting on the Children’s Scholarship, the City Council has opened during this mandate four new nursery schools in the districts of Moncloa-Aravaca, Retiro, Centro and Villaverde and three other openings are planned for January 2023 in Villa de Vallecas, Vicálvaro and San Blas-Canillejas. In total, it will mean having added 800 places in the municipal network of schools from zero to three years until 2023.